Unpredictable Uranus, Ready or Not Changes & New Moon in Leo 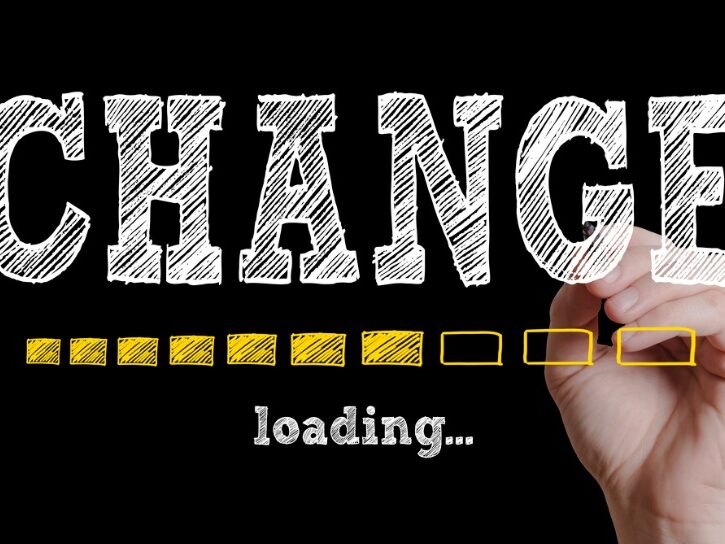 “All great changes are preceded by chaos.”

“There is nothing permanent except change.”

A friend of mine here has a monitor in his garden that reads the outdoor and indoor temperatures and humidity. The end of July going into August is nearly always the hottest time here and on Thursday the outdoor reading reached 47C. The official forecast between now and the end of next week is 41 – 43C but is likely to feel hotter.

When this happened in North America it made the headlines on international news but Greece hasn’t had a mention, maybe because it’s more “normal”. Turkey has had the same temperatures and tragically is in the news because of devastating forest fires and a death toll.

Greece also has forest fires but they’re under control, but for now they’ve closed the huge Rio bridge at Patras, which means Lefkada to Athens or vice versa is impossible. I was supposed to be going to Athens this week with a friend for her hospital appointment, now unlikely that we can make this happen. The dominance of wild card Uranus in Taurus (Fixed Earth) in conflict with the Sun (heat) and Mercury (travel) in Leo (Fixed Fire) says it all.

So here we soldier on and count ourselves lucky that so far no fires have broken out on Lefkada and neither have we had a power cut because of aircon overloading the system. I’m also extremely lucky that I work for myself and can get everything done and be out of the house every afternoon. But this is going to be a speedy blog. As I write (Sunday) it’s 10am and already 30 degrees. I have two fans on the computer but it’s still overheating like crazy. So as tempting as it is to start looking at horoscopes for Carrie Johnson and Simone Biles to name but two, I’m not going to!

Weather forecasts made me think about the correlation with predictions. It’s not so different. The astrological climate looks at the prevailing celestial conditions and draws conclusions from that picture, through the techniques of craft that have been handed down to us through the generations.

The accuracy of natal interpretation and prediction is simply a combination of the knowledge of the craft applied to the context of an individual’s life. So a prediction is about arriving at the conclusion that is the most likely outcome.

Some techniques of craft point to precise and definite life events, some are more about broad brush strokes. But both work as predictive tools in your astrological kitbag, easily illustrated by the fact that an astrologer wouldn’t be able to do retrodiction – what has already happened – if this were not the case.

URANUS IN THE LEAD ROLE

The astrologer’s nightmare, as I’m very fond of saying, is Uranus the rug puller. Here’s a reminder of his job description –

The Uranian themes are clear in the stories of Carrie Johnson (a new pregnancy after a miscarriage earlier in the year) and Simone Biles (withdrawing from Olympic events in order to protect her mental health). Uranus is also known as the divorce planet because he rules all things to do with splits and separations, literally and psychologically. In the natural world he rules things like earthquakes, especially at the moment while in Taurus the sign of Fixed Earth. He signals the events that move the ground under our feet, again literally or metaphorically.

This week we have three major aspects and they are all from personal planets to Uranus, followed by a New Moon that falls in square to Uranus. Fasten your seatbelts –

The dominance of Uranus is heavily underlined by the fact that he is SR – Stationary Retrograde. Only the Sun and the Moon (the Lights) are never retrograde. The other planets all progress in lines that are punctuated by periods of appearing to loop backwards through the skies.

When any planet is getting ready to start making the backwards loop it appears to stand still. My favourite analogy for this is a plane coming in to land, it doesn’t just drop from the sky onto the tarmac but starts to slow down and make a gradual descent (turning retrograde). Conversely, when taking off a plane gathers speed and gradually climbs upwards before reaching its cruising altitude (turning direct).

Uranus now appears to be at a standstill –

This picture is a universal one but is especially important for you individually if you have planets or Angles at or close to these degrees or in the opposite sign of Scorpio, or the other Fixed signs of Leo – Aquarius. As above, so below, you may well find yourself in a situation that is hardly moving but when it does things could then unfold at high speed.

For example, I know of at least two people at the moment who’ve just lost buyers for their properties, both at the last minute (which is so Uranus), back to the drawing board, but when new buyers are found the whole thing will swing into action again. Both of them do feel though that these buyers fell through for a reason as other things in their lives are also changing.

If there’s one thing I’m sure of after all these years of astrology it’s that there IS a plan. This week it will be hard to remember that. With Uranus on the loose in this way there’s going to be at least one situation that you’re up against that is totally out of your control or which will upset the best laid plans. But I’ve always found that if you can place events in their astrological context then they make sense in that “meant to be” way, even when it’s something challenging.

All of this Uranian activity culminates with the New Moon on Sunday so out of the chaos there’s a fresh start in the making, which links into my chosen quotes at the top of this blog. So for now stand back from sensitive situations, don’t enter the scrum unless you’re really required to do so, and try not to second guess anything, or anyone!