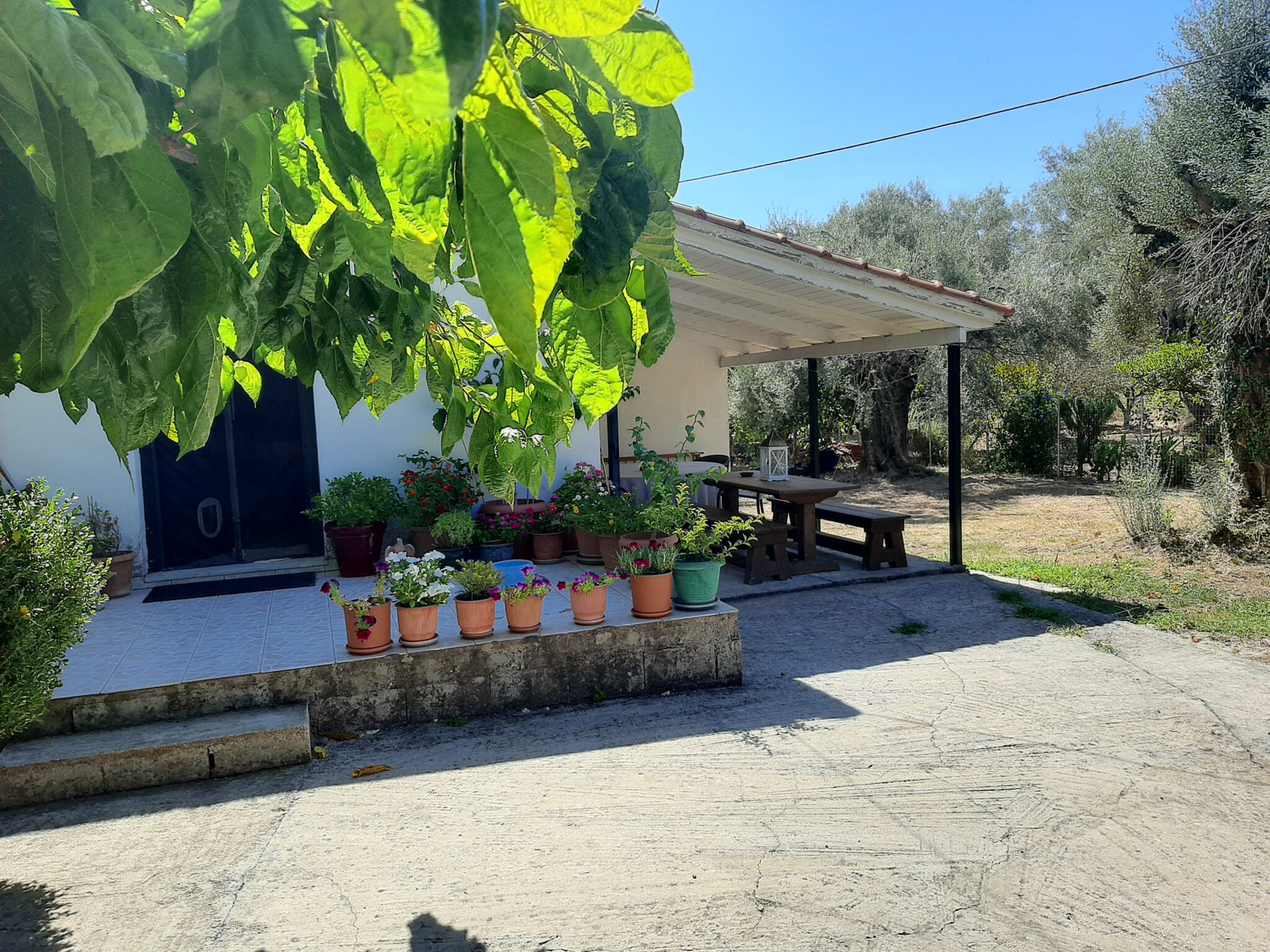 “You’ve got to have a dream

If you don’t have a dream

How you gonna have a dream come true?”

Greece also has forest fires but they’re under control, but for now they’ve closed the huge Rio bridge at Patras, which means Lefkada to Athens or vice versa is impossible… The dominance of wild card Uranus in Taurus (Fixed Earth) in square (conflict) with the Sun (heat) and Mercury (travel) in Leo (Fixed Fire) says it all.

You may remember that Uranus dominated the picture last week as Venus, Mercury and the Sun all made aspects to this planet with nothing else going on, ie no mitigating factors.

So all of a sudden Greece was international news as the forest fires situation on the island of Evia and in the northern suburbs of Athens went from under control to out of control. (If you’re not familiar with the geography of Greece, Evia is on the eastern Aegean coast, alongside Athens, whereas Lefkada is an Ionian island on the western coast, 5 to 6 hours drive away.)

That dramatic change, with the hallmarks of suddenness and unpredictability, are textbook Uranus, in this case tragically so and especially as there have already been some arrests for arson. Again from last week, here’s a reminder of the description of this planet’s key symbolism –

Deranged arsonists aside, the bigger picture message is that the world is running out of time when it comes to dealing with climate change. Satellite images showing just how much of our planet is on fire at this time are truly shocking.

There are no further aspects to Uranus this week but as he’s SR – Stationary Retrograde – this translates into being at a virtual standstill for a very long time. This also translates into a sense of other planets not being able to “work with” him but constantly bouncing off him and struggling to get over him or around him. Think Rock of Gibraltar.

This turnaround is especially important for you individually if you have planets or Angles at or very close to these degrees (between 10 and 15 Taurus) or in the opposite sign of Scorpio, or the other Fixed signs of Leo – Aquarius.

It seems timely to put in the reminder here that planets don’t MAKE us do things or MAKE things happen. They reflect, in some magical mysterious way, what IS happening, what is already unfolding. As above, so below, wherever things are rocky in your own life the Uranus theme will be unmistakable and for the coming week that may well take the shape of clearing up after events that unfolded last week when everything was going nuts.

In particular keep your eye on a situation of your own that is hardly moving, and/or a sense of heading for a tipping point with anything that’s becoming increasingly unsustainable. Uranus symbolism is very closely linked to all separations, bust ups, misunderstandings or instability, either in personal relationships or in your working life. It’s the straw that breaks the camel’s back, the language of, “Right, that’s it! I can’t do this anymore!” whatever “this” might be. It’s the stuff of resignations or sackings or at worst businesses collapsing, and so on. Take nothing for granted.

This week we have a series of very mixed aspects, every day brings something different, so it may be more obvious than usual that life’s tapestry is made up of many threads. There are some finale themes going on as two fast moving personal planets both reach the end of their current journeys and enter new signs, starting new cycles.

We start with Venus, planet of love, money and life’s pleasures, aligning with two of the outer planets before changing sign as we tip into next week –

Remember that the outer planets all carry very definite “good and bad” messages, some indisputably so and others depending on your point of view. Venus – Neptune combinations are romantically dreamy on one side of the coin or sadly delusional on the other. But as the song says, you’ve got to have a dream. It’s our dreams that connect us to the future. Just do a spot check that you’re not using the future as a permanent residence. As the other quote says, happiness is also for now. If you’re always thinking of it as something that lies ahead, how long have you been doing that for?

Onto the second aspect Venus – Pluto combinations often bring us to “the end of the matter” and as this meeting is by trine (harmonious) this signals natural endings or the chance to reach amicable agreements in terms of what works and what doesn’t. This theme is underlined by the fact that this is Venus’ last major aspect before changing sign = starting a new cycle.

Even so, Plutonic experiences are not easy, even if they should be on paper, but this planet carries rebirth symbolism, one of the Pluto/Scorpio images being the Phoenix.  With my Scorpio Ascendant I’ve got several examples in my own life of events which seemed like the end of the world at the time but turned out to be the best thing that could’ve happened.

Two of these were evictions, not because I didn’t pay my bills lol, but because the tenancy on one place in London came to an end and I was the subtenant and wasn’t supposed to be there anyway, so as I was briefly homeless I then decided to dump all my belongings in a friend’s attic and go to Greece and see how it worked out ….

The other eviction was here after my sister and her husband died which I won’t go into but a medium friend told me that I would find a stopgap apartment for 6 months to do my grieving and that I’d then move to a little house by the sea. At first I didn’t believe her but my own horoscope indicated she was right. She was absolutely spot on. I’ve been in my little house for the last four years now and it’s perfect – private, quiet, ring fenced garden for the dogs and a teaching area. I couldn’t have asked for anything better.

Whatever carries the hallmark of inevitability, don’t fight it, especially with that SR Uranus lurking in the background. And all Venusian changes are in some way for the better as Venus leaves Virgo her sign of “fall” and enters Libra, the sign of relating and one of her signs of “dignity”. Less anxiety, more support, whether you’re on the giving or receiving end.

We also have Mercury making one last major aspect before changing sign, and as this planet is at full speed these two events happen with the same 24 hours –

Any Mercury (the Messenger) Jupiter (the Greater Benefic) combinations are essentially good news. As the two planets are coming together by opposition, an aspect of challenge, that doesn’t cancel out the good bit but Jupiter’s main principle of expansion is likely to be further exaggerated. Look out for the word “over”. For example, an overlay of things going over the top, being over excited, taking on too much, overspending but for your own good reasons and so on.

In even simpler terms Mercury, planet of communication, is all about talking. After all that disconnection of Uranus last week now’s the time to open up the conversation and keep it flowing, for pure enjoyment or for solution finding. The act of putting something into words is always our best therapy.

My dear brother used to say that, when things go wrong, at some later point you’ll hear the word “assume”. And as the week finishes with a stack of minor but difficult quinqunx aspects it’s good to double check things –

What does this awkard by name, awkward by nature aspect represent? Here are some “takes” on how they might show –

Next week the Sun finishes his journey through his own sign of Leo culminating with the second Full Moon in Aquarius – the first one was at the beginning of the sign, 1 Aquarius on 24 July, this second one will be at the end of the sign, 29 Aquarius and conjunct Jupiter, who slid back into Aquarius at the end of July. Should be interesting and I’ll be talking about this, the Uranus turnaound and the Mercury – Mars conjunction next time,

Until then with love from Greece