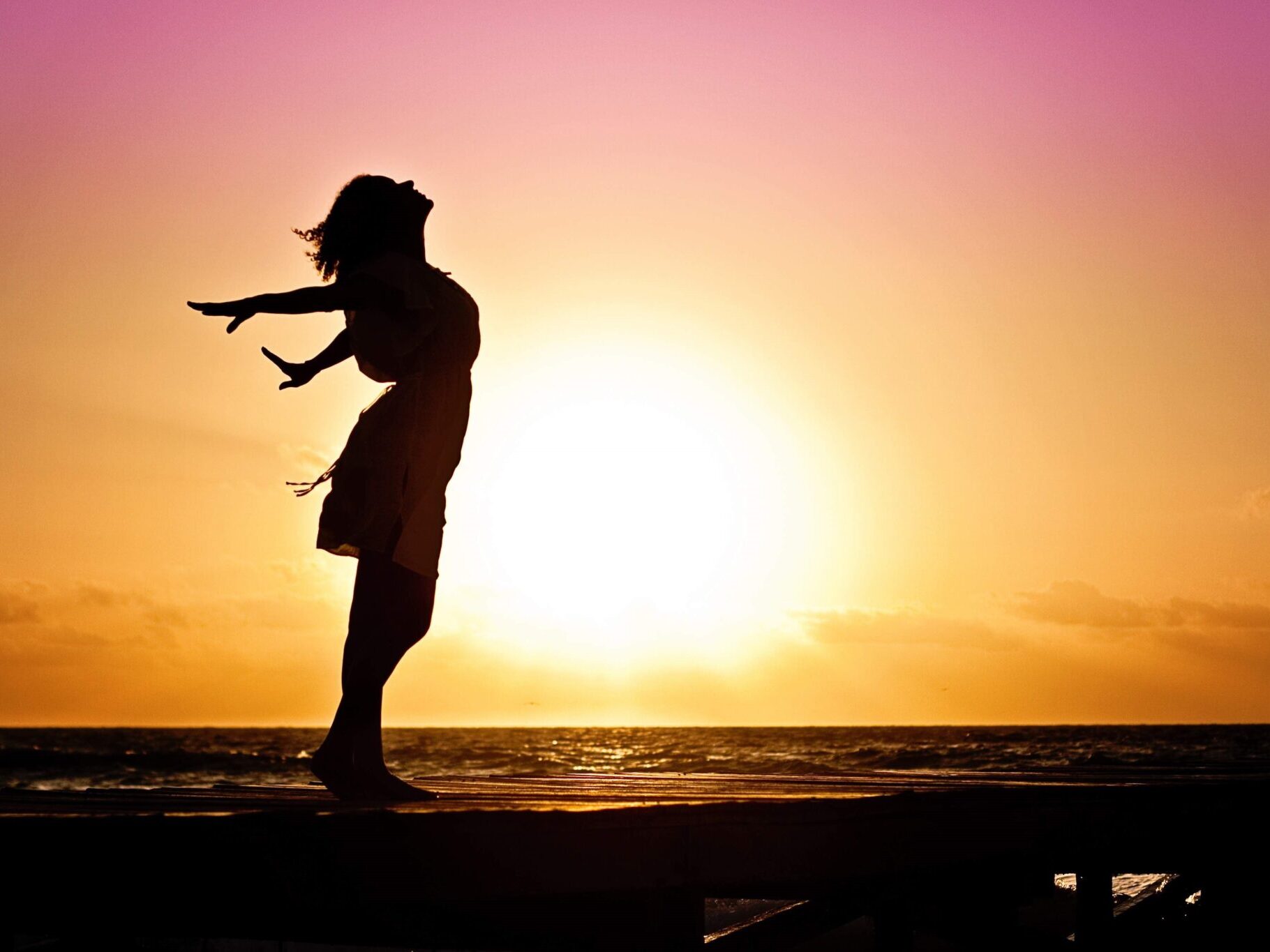 “In the practice of tolerance, one’s enemy is the best teacher.”

“Patience is bitter, but its fruit is sweet.”

The first event of the week is Mercury’s change of sign. Now at full speed Mercury will whizz through the sign of the Lion during the next two weeks (next change of sign will be into Virgo 11 August) –

The Sun entered Leo last Thursday, but with Mercury turbo charged and in hot pursuit that means that he catches up with the Sun by the end of the week. Any Sun (life) Mercury (the Messenger) conjunction is something to look forward to, and this is doubly so with the Sun vibrant in his own sign. This would normally translate quite simply into things like good news, brilliant ideas or passionate proposals, and these kind of themes may still be in evidence, but just before we all get too excited this conjunction falls smack opposite Saturn –

Serious and sensible Saturn, also strong in one of his own signs (the other one is Capricorn), is brilliant for getting a plan together or for any kind of organizational challenges, but by opposition he can also be something of a killjoy. This is underlined by the fact that the Sun and Saturn are not the best of buddies, illustrated by their signs of strength and weakness being the exact opposites –

When Saturn is pulled into any picture by difficult aspect (square or opposition) we have to expect the more difficult concerns and qualities of Saturn to show up at the party. Cancellations, delays, roadblocks or anything that stops you from doing what you had planned or wanted to do fall into this category.

This can also show up in relationships as the planets symbolize not just events but other people in our lives. Natal astrology gets really interesting when we move from asking “What is this planet?” to “Who is this planet?” So anyone who is depressing you or holding you back is not going to get any easier to deal with for the time being, quite the opposite.

The Sun is hot, Saturn is cold. Look out for compatibility issues, whatever turns you on might leave someone else decidedly chilly. Avoid coercing others or being coerced. If you’ve got the hots for someone make sure that it’s reciprocal and/or that they’re available!

And with Mercury in the picture add in all the safeguards that you would normally apply when Mercury is retrograde. Bite your lip, agree to disagree or at least note that arguments or disagreements will be of the type that polarize you, the type that can’t be won or which are just not worth the effort. Politics and the pandemic/vaccination come to mind. Don’t fall out with someone just because they think differently from you.

The best side to Saturn is effort but we still have to choose our challenges wisely. For example a creative (Sun/Mercury) project (Saturn) may need the commitment of time (Saturn) at the expense of enjoying more hours of leisure. Decide what your priorities are, what prices are worth paying and which ones are not.

The word “cazimi” describes the condition of any planet conjunct the Sun to within 17 minutes of arc (ie just over a quarter of a degree) and therefore in “the heart of the Sun”. The symbolism of this is about that planet, Mercury in this case, drawing strength from that heat instead of being burned up by it. It’s a window of opportunity, it doesn’t last long, but it’s the stuff of light bulb moments, vital information or having the chance to get your point across exactly in the right way and at the right time.

Mercury rules absolutely everything to do with communication and information so in that hot spot is a golden nugget of truth or a lifeline of help. Look out for that Mercury moment, eg things that shine a light into your understanding, help you to make a decision, negotiate a deal or find the right words to get an important conversation started. Whoever plays an important role at this time is highly likely to be someone perfect for the job.

Sun – Mercury conjunctions happen approximately every two months so there’s a cazimi Mercury 6 times a year. When Mercury is retrograde the conjunction is called the inferior one, followed two months later by the superior conjunction. As with all aspects these carry universal significance, but will be of particular significance for you if you have planets of Angles that match the signs/degrees in question. Here are the dates and positions for this year –

Yes, this cazimi moment is opposite Saturn, but it will still bring us up close and personal with a reality check, what we need to hear and how to find the best way forwards even if it’s in the shape of what not to do.

Arguably the most important event of the week is Jupiter changing sign, but as he’s retrograde this means that he’s sliding back into Aquarius –

This is the middle of Jupiter’s long and winding road. With his 12 year orbit he takes a year to move through each of the 12 signs but this never happens in a straight line, but backwards and forwards, with stops and starts, sometimes completing a journey through a whole sign only to come back again, as is happening this year –

In other words this change of sign is not really the true beginning of a new cycle but the revisiting of an old one. If you have planets or Angles in the first few degrees of Pisces or in the last decanate (10 degrees) of Aquarius then this journey will be especially significant for you and will reflect your own experiences.

Look out for those themes of going back – to something that was left on the back burner, to a plan or project that was ditched but now comes back in a different guise, to a relationship or attraction that you thought had run its course, to a job that you thought had fallen through, to a house buyer who had fallen through and so on. The theme is Take 2.

On this occasion Jupiter’s return to Aquarius is underlined by the fact that he immediately collides with Mars coming the other way, reaching the end of his journey through Leo and then changing sign. In other words what springs back to life for you at this time could do so with a surprising amount of force and energy, and could also be something that creates a lot of work –

Any aspect being made in the heavens is doubly important for you if you have that aspect in your natal chart, in any sign. So if you have a Sun – Mercury conjunction or the Sun or Mercury opposite Saturn in your horoscope regardless of the signs then this is a big week for you, and if you have a Mars – Jupiter opposition then this aspect will invoke whatever that stands for in your own chart.

In my own chart I have Mars opposite Jupiter and I suspect that at least part of this picture will be about getting to grips with the work (Mars) involved in setting up Summer School (Jupiter, ruler of both travel and higher education) for September. Last minute bookings are not unknown but this year for obvious reasons it’s more likely to be the norm when it comes to taking the remaining places.

Also remember what I said about 29 Leo last week when Venus reached that degree on Wednesday? This is the position of a highly benefic Fixed Star called Regulus, also called the Heart of the Lion. This also echoes the symbolism of the cazimi Mercury. This feels as if it’s going to be a big week for anything that links to getting to the heart of a matter.

I can’t finish without mentioning the Olympic Games as Mars rules sports and exuberant Jupiter rules all things overseas. It’s wonderful symbolism for bringing international teams together for the purpose of competing BUT the retrograde Jupiter returning to Aquarius, sign of the collective and groups (audiences), paints the picture of no spectators in a stadium built to seat 68,000, which for many takes away the fun of it all. The Sun/Mercury opposite Saturn also reflects the athletes having to follow strict protocols that limit their movement.

The event is already a year later than scheduled and has been beset with problems, not least of which is trying to keep the Covid risks under control. 11,000 athletes from 205 countries participating in 33 sports during a two week period is a nightmare in that respect and inevitably some have already tested positive. I feel sorry both for them and those involved in the organizing. Stressful!

Taking this as a cameo, whatever your personal situation this is definitely a week to minimize stress wherever possible. That Mars – Jupiter opposition is quite excitable but the Sun – Saturn is the opposite, so juggling acts and finding the middle ground are probably the order of the day for many of us, as is recognizing where we’re sick of being patient but that matters out of our immediate control leave us with no better options!

Next week Mars will be on his way through discriminating Virgo but all the major aspects being formed are going to involve Uranus, planet of change and surprises, so there’s going to be a definite shift of mood and I’ll be talking more about this next time,

Until next week take care