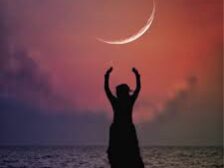 “Healing means letting go when your grip is too tight.”

“Every time you are tempted to react in the same old way, ask if you want to be a prisoner of the past or a pioneer of the future.”

Airlines are Easy Jet, Jet2 and TUI, flight prices are changing all the time but the easiest way to see all available flights and to keep track of prices is to use Skyscanner –

PLACES STILL AVAILABLE THIS SEASON – contact me direct for the best travel bargains:

SORRY, THIS WEEK IS NOW FULL – this has been the most popular course, but you can put your name down for next year as I’ll be repeating this course 7 June 2023

No doubt you have your own stories that clearly capture the retrograde Mercury themes and the two examples I’ll start with here are both with Taureans. On that point, astrological events often link to people of the Sun sign showing – ie Mercury is due to turn around at 26 degrees Taurus – so look out for your own Taureans and Geminis this week!

A friend of mine went to the cash point, withdrew her money, but then realized that she’d forgotten to check her balance. Put the card back in the machine, checked the balance, and then yes, walked off without taking her card back. The sign of Taurus correlates to the 2nd House of money, and her Taurus planets are in her 2nd House. She had to cancel the card and now has to wait for the replacement.

A last minute booking for the astrology course next week has been dependent on the arrival of a new passport. When I looked at her chart I saw she has her Sun in Taurus at 26 degrees – so exactly the degree at which Mercury will turn direct – and posited in her 9th House where we locate foreign travel. The Sun also rules her 11th House in which we locate groups. (Students – if house rulership is new to you it means that the sign of Leo is on the 11th House cusp, and therefore that house is ruled by the planet ruling that sign, and Leo is ruled by the Sun. This is a crucial factor in both interpretation and prediction).

Love straightforward predictions like these – will the passport arrive in time? Yes it will. It did, yesterday, as Mercury is now “stationing” – slowing down in readiness for switching direction again – and had reached 27 Taurus when the passport arrived, just one degree away from her natal Sun. Flights now booked. The price she paid however was to chase the passport office with endless phone calls that never got answered, not realizing that she was being charged for all the time she was waiting in the queue. She’s got a humungous phone bill for all her pains, but she’s coming to Greece!

One student last week, with her natal Moon in Gemini and very close to the degree at which Mercury turned retrograde, drew the short straw with her journey. Not long after takeoff her flight was diverted to Amsterdam as a little boy was taken seriously ill. Obviously this created a huge delay for everyone but the showing of Mercury retrograde in Taurus (food and produce) showed clearly when all the food for the flight had to be binned as they couldn’t reheat it for health reasons. Nightmare for all concerned.

One of the clearly Mercury related headlines over the weekend was, “Ukraine war: Putin urged to hold ‘direct, serious negotiations’ with Zelensky”. This came from the French president and the German Chancellor in a call that lasted 80 minutes. In the BBC report they stated that Russian and Ukrainian delegations have held multiple rounds of talks remotely and in person since Russia invaded on 24 February, but efforts have stalled of late.

Communication being stalled or completely broken off is a major hallmark of a retrograde Mercury and in this case applies specifically to Putin, reflected in the fact that he has his natal Moon right in the line of fire – 3 Gemini, Mercury turned retrograde at 4 Gemini –

Mercury then slid back into Taurus, will turn direct at 26 Taurus, and will re-enter Gemini on 13 June. It will be interesting to see what unfolds when Mercury gets back to 3 Gemini (Putin’s Moon) 16/17 June and then “out of shadow” 18 June. The possibility of renewed negotiations is there.

BoJo is also in the firing line with his natal Mars at 1.37 Gemini. So again we have an example of Mercury transiting a natal planet 3 times – once when Mercury is moving forwards, second time after Mercury turns retrograde and comes back again and third and final time when Mercury turns direct.

I said a while back that I thought May was a really dodgy time for Boris because of the huge (once in a lifetime) transit of Uranus the rug-puller over his Jupiter (the fun planet, partying) which is at 15.45 Taurus, smack opposite Neptune 15.25 Scorpio (the planet that rules the booze and also deception).

That may have been over optimistic as that transit is going to take a long time to work through, and so far all we’ve had from the man holding what should be the dignified, serious and sober role of Prime Minister is that he’s “humbled” by the lessons learned. And we are supposed to believe that, and accept that it’s enough ….

However, the Sue Gray Report was published in full on the UK government website last Thursday 25 May, coinciding with the first Uranus transit and the middle retrograde Mercury transit. He’s definitely in trouble but will he hang on by the skin of his teeth? Here’s the full sequence –

Frankly it’s a miracle that he’s still in office and the middle of June could easily bring a vote of no confidence. We’ll see if that’s wishful thinking. But whatever doesn’t get resolved now will almost certainly come back to haunt him later in the year.

One of the most important things to look for when venturing into chart interpretation and prediction is the presence of themes. This week starts with a New Moon in Gemini, one of Mercury’s own signs, and with Mercury stationing in readiness for turning direct on Friday morning, so it’s a double whammy of Mercury’s concerns –

New Moons, new chapters, and as this one falls in the sign of the Twins look out of issues that spin around choice and themes of duality or even multiplicity. However, also look out for making the best of a tough situation and accepting the best possible outcome. Later in the week matters looks less straightforward as Mercury and Saturn don’t make the exact square but they’re still only one degree apart when Mercury turns direct and Saturn turns retrograde.

This has a real push-pull feel about it, the two planets are at odds and then start moving in opposite directions, one pulling away from the other. Let’s hope that shows in Ukraine, the pulling away of one army against the other.

It will be an important piece of astrology too for the Johnny Depp (Gemini) and Amber Heard (Taurus) case, as deliberations started last Friday. Depp has Mercury and Venus at 25/26 Taurus and Amber has Venus at 25 Taurus so I would definitely expect verdicts to be announced as we approach Mercury’s turning point and I would expect no clear “winner” as they have the same astrology going on.

Jupiter (rules the law) is picking up Amber’s Mercury at 6 Aries – first of three transits approaching – and Depp’s natal Jupiter at 14 Aries means that he won’t get his Jupiter Return until next year, so maybe that gives her the edge. But the whole story has always resonated with an “as bad as each other” feel and I wonder how that will be reflected in the judge’s summing up.

So, in your own life, wherever communication has stalled you can expect things to get going again but Mercury’s square to an SR Saturn (Stationary Retrograde) suggests no easy answers, no quick answers or even no answers at all for the time being. Check your priorities and, in the light of this week’s quotes at the top of the blog, look at where it will help you to let go or look at where it will help you to react in a different way. This isn’t about giving up or giving in, it’s about breaking old patterns that no longer serve you, or which have never served you?

The two Benefics come together by a minor aspect tomorrow evening –

Any Venus – Jupiter combo is lovely, and especially if either of them are in their own sign as Venus is here, in Taurus, sign of money, comfort, pleasures and female friendship. The link to Jupiter can take the form of blessings, luck, opportunity, generosity or foreign/legal concerns. It’s a perfect picture for our last night meal tomorrow night at a beach taverna, the end of Elisabeth’s Moon Goddess week here which has been a really lovely group.

Pay close attention to what or who surfaces for you tomorrow as these will be things or people that are good for you, that will benefit you in some way or which will bring enjoyment. Great astrology for travel and also for your love life if you want to arrange a date or go out to meet people.

Next week will be the first week of Mercury starting to pick up speed again, moving things in the right direction albeit slowly at first, but we’ll also have the annual Venus – Uranus conjunction that always livens things up! I’ll be talking more about that next time and for now I’ll leave you with the usual checklist for Mercury’s turnaround, the things to look out for as from now as Mercury is stationing but especially from the end of this week, but just bear in mind that this is coinciding with Saturn putting his foot on the brakes. Patience will pay off.