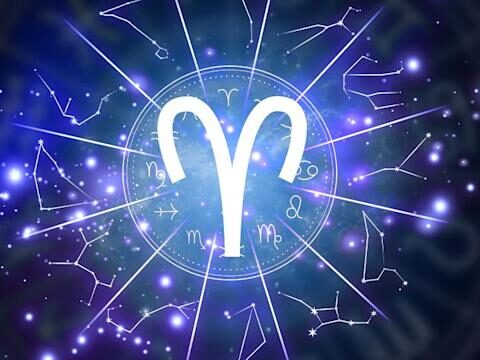 “The first half of life is devoted to forming a healthy ego. The second half is going inward and letting go of it.”

“It is not the strongest of the species that survives, nor the most intelligent. It is the one that is most adaptable to change.”

It’s still too early to book flights – eg Easy Jet’s current available schedule finishes on 7 May – but at some point in the next few weeks flights for at least the first half of next summer will be announced. When they are they are usually very cheap as an introductory price but only for a very brief window of time, prices then start climbing up again and, historically, are high by the New Yr and then come down again in the spring.

So it’s a bit of a lottery! But if you already know that you want to do a particular week it makes sense to grab your flight as soon as they become available. I’m keeping an eye on things so if you want to be alerted to flight info just let me know and I’ll add you to my list.

All accommodation is in the village of Nidri, walking distance to the main harbor where you’ll find most of the bars, tavernas and shops. I’m always on the lookout for new rooms/studios to add to your options, especially ones on or very close to the beach. These are allocated strictly on a first come first served basis, which means I need to receive your flight confirmation first. I’ll be announcing more details on this soon.

ONE CHANGE TO THE SPRING SCHEDULE –

THE ASTROLOGY OF FAMILIES – with Elisabeth Brooke

This course replaces the originally advertised title of Horary Astrology which will run on another occasion. Elisabeth writes –

Families have astrological lines running through them which we can trace through parents, children and siblings. There is much to be learnt about ourselves through looking at our place in the family and family traits.

During the week we will discuss –

You can find out more about Elisabeth’s work and read her current blog on her website:

Short answer, not a lot. But it’s definitely a case of quality rather than quantity. We don’t have long lists of astrological aspects – planets aligning with each other, for good or ill – but we do have three major events.

Mercury turns retrograde for 3 weeks at a time, 3 times a year, so once every 4 months. So Mercury is now “stationary direct”, appearing to stand still in the heavens. My favourite analogy for these times is to think of this as a plane taking off. It doesn’t jump directly to 33,000 feet but makes a steady climb until reaching cruising altitude, which translates into Mercury getting back to the position at which he originally turned retrograde. That moment in itself is called “coming out of shadow” and can also be a revealing time.

However Mercury turning direct (now) is, in my experience, more powerful than the coming out of shadow moment (17 Oct) and last week I posted the list of the kind of things to expect, which I’ll repeat at the end of the blog. The list is compiled from my own observations over the years, the things happening in my own life or those closest to me, along with stories from clients.

I always know when Mercury is turning as one or more of the things on the list start to happen! This week it was the last point on the list, the one about finding what you’ve been looking for, and my missing item was my spare car key. As I’d managed to lock myself out of my car back in the spring (ie the key inside!) I’ve got into the habit of keeping my spare key in my handbag.

I’m not a big bag lover, my handbags are for phone, keys, cash and a few other items but definitely not of the Mary Poppins variety, just essentials – which makes it even stranger that it took so long to realize that the spare key was missing. I had the house upside down and searched under the car seats with a torch. Nothing.

When I met with my friend for beach time at the end of last week I told her this story and she said the obvious, you must’ve dropped it somewhere. I thought this unlikely as it’s on a clunky key ring but, after she’d gone, I suddenly thought that the most likely place to have lost it would be the beach, I wouldn’t have heard it fall onto sand.

So I asked inside the taverna and was immediately met with, Yes! We wondered whose it was. We’ve had it for about three weeks! Lol.

Top story in the news is the U turn on tax cuts for the wealthy. What was announced under a retrograde Mercury turned out to be totally unviable. Liz Truss wasn’t even going to get the numbers to get the proposal through a vote and, when the top members of her own party started to make objections, she must’ve known she was in serious trouble. Top Tory Michael Gove said he didn’t believe it was right and that it was “a display of the wrong values”.

So pay close attention this week to anything that’s not working in your own life, and especially if that’s anything linked to situations that have evolved after the last three weeks. If you’ve made mistakes don’t beat yourself up, something that most of us are really good at, so easier said than done. But put necessary changes in place and wherever possible know that you’ve done your best in the conditions at that time, and move on.

All of the above is strongly underlined by the fact that Mercury’s first aspect after turning direct is to Pluto, planet of endings/new beginnings. This falls at the end of the week, when Pluto is also stationary direct –

This is a huge finale. Pluto has been retrograde since 29 April so this turning point is pretty hefty. It’s also Mercury’s last aspect in the end degrees of Virgo, and one that he’s already made twice, before changing sign again next week. Decisions made under such conditions are likely to be irrevocable, but that’s not always a bad thing.

This can be about adaptability as well as slamming doors shut behind you. See this article on the subject –

Don’t wait for change to be thrust upon you, seek out new methods or technologies, see how they work, learn something new even if you’re terrible at it. The essence of adaptability is being able to recognise that if something goes wrong, it’s not a mortal wound. It’s about understanding that, with an experimental mentality, you might find something better –

Anyway to put the Mercury – Pluto link in perspective here’s the relevant journey so far, that started back in August –

So as well as the huge alignment with Pluto this also boils down to one more week to go of Mercury in Virgo, not returning to this sign again until end of next July. A great combo for careful and well presented analysis, flipside is fault finding or perfectionism of the inappropriate kind.

Clock when something is “good enough” and wrap it up, and/or note that if someone is determined to find fault then for sure they will find it. Don’t be held to impossibly high standards. When Mercury gets past Pluto and then re-enters Libra at the beginning of next week, sign of true negotiation, there’ll be the chance of meetings, conversations etc in which people are actually listening to each other and trying to find the genuine compromises.

The moment of the Full Moon in the same place therefore highlights the Chiron issues. Health issues may come full circle or reach resolution in the light of new info or treatment. But it’s not just about bodies. Aries is the sign of the Self so watch out for wounded egos! If you’re handling any kind of tetchy or touchy situation Full Moons are notoriously times when feelings run at their highest or bottled up feelings spill out. It’s when someone lashes out that you know you’ve touched a real nerve so, again, pay close attention to the dynamics of your closest relationships, especially over the coming weekend.

Also look out for the situations that will be best handled if you take your own ego out of the picture. Also clock the ways in which you can embody the healer’s spirit, where you can pour oil on troubled waters, soothe ruffled feathers or tend to a dented ego, especially a child’s.  A healthy ego state doesn’t happen by accident. It comes about through the process of validation, consistency, acknowledging insecurities, letting the child know what it is to be human, and learning the paradox that the world doesn’t revolve around them but that they matter.

This Aries Full Moon conjunct Chiron is a fabulous omen for self healing, so it doesn’t do any of us any harm to remind our own inner child of these truths.