The Queen, the Mercury & Venus Journey, Appointments for Readings 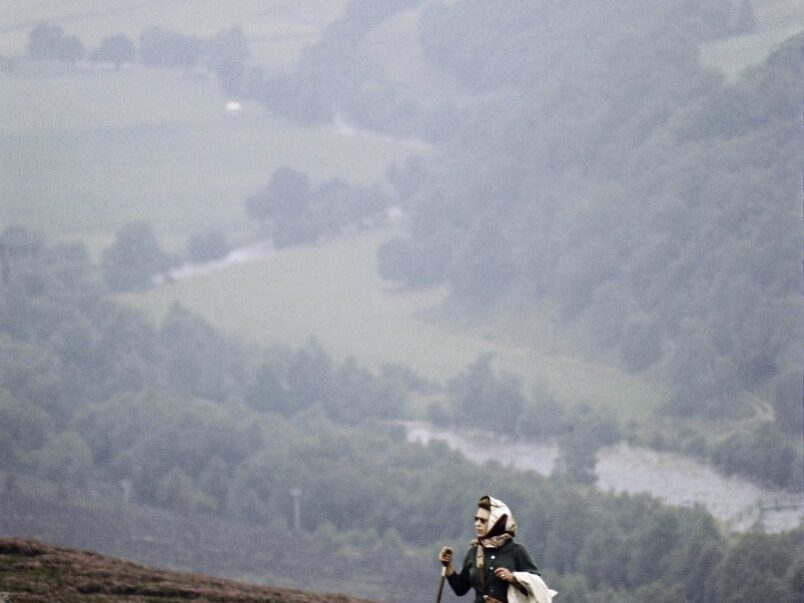 “You can be whatever size you are, and you can be beautiful both inside and out. We’re always told what’s beautiful and what’s not, and that’s not right.”

“Being defeated is only a temporary condition. Giving up is what makes it permanent.” 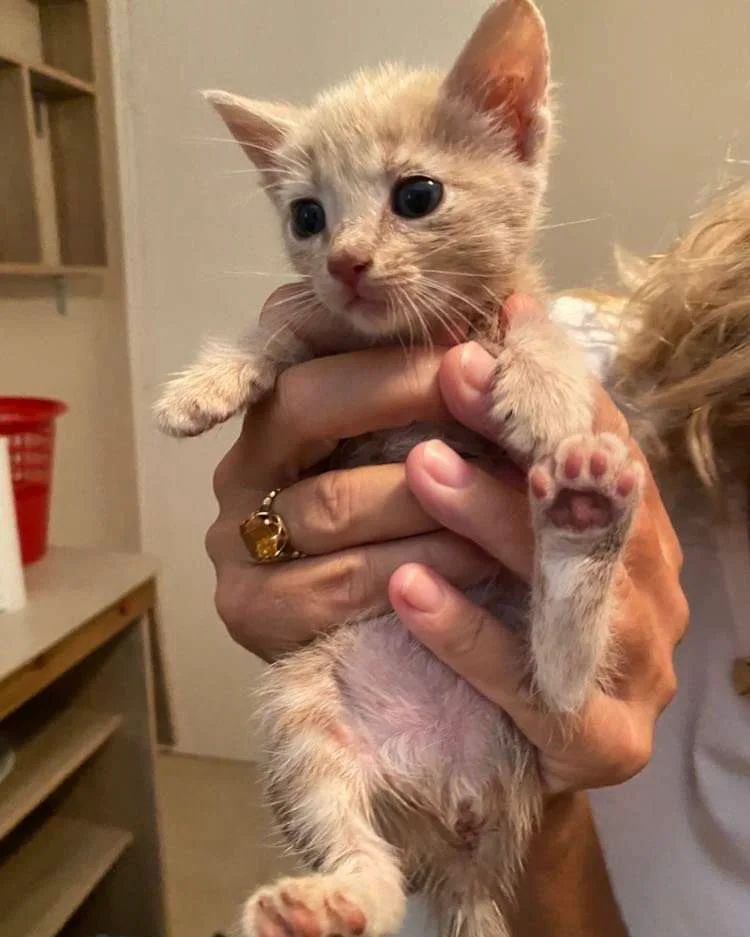 Another big THANK YOU from Evie Soldatos who runs our local cat sanctuary, a non profit organisation which survives purely on donations.

There’s a separate fund just for my blog readers who have so far raised over 500 Euros, which trust me goes a long way. The link will stay open so you can share it or donate at any time, anonymously if you prefer –

The next round of readings to coincide with Mercury turning direct will run throughout October – £95.00/45 mins. Find out where Mercury turns direct in your own horoscope and how this ties in with your current astrology, now and for the rest of the year. If your name is already on the list I’ll be confirming appointments in the next few days.

This course replaces the originally advertised title of Horary Astrology which will run on another occasion.

The Summer School schedule is always planned around what people want, and nearly always takes shape during the season in discussion with visiting students. So by popular request Elisabeth has changed her course next spring to FAMILY ASTROLOGY, the fascinating subject of astrological themes that are the hallmarks of your family relationships, now and in past generations. Explains a lot!

Talking of families, a lot has happened since my last blog, including of course the death of the Queen. Simple and poignant astrology marked her passing.

We all know she was an earthy Taurus, with her Sun at 0 degrees of this sign, 0 degrees always being a powerful placing.  She was known for her love of the countryside, dogs and horses. Photos of her in the famous headscarf and wellies were better known than photos of her wearing a crown.

That was the life she wanted but of course it played second fiddle to her destiny, as indicated by her Mars – Jupiter conjunction (20 – 22 Aquarius) being intercepted (bracketed, as a separate compartment) in her 1st House (the self). These two planets are then also part of her Fixed T-Square, being opposite Neptune and all of them squaring Saturn up on the Midheaven.

With a Capricorn Ascendant Saturn is her ruling planet and dominates the chart. This Saturn is the most important planet in her chart and in the Aspect Pattern of the T-Square, being the focal point, and works at many levels. The Midheaven marks the beginning to the 10th House of status, authority, career and is also where we locate one of the parents.

Saturn, the work and duty planet, in Scorpio, the 8th sign of both power and death, symbolizes the role of her father the reluctant King whose early death at age 56 brought her to the throne at the age of 27. It’s also the hallmark of the longevity of her own reign and her commitment to the job.

At a universal level Saturn by transit (ie where the planet is now or any given date in comparison to the natal chart) often signifies times of illness or failing health, especially in later life. In the physical body this planets specifically rules the bones and the Queen’s mobility issues were already known, hence Liz Truss being flown to Balmoral rather than the Queen going to London. It’s extraordinary that as she swore in yet another new prime minister she was only two days away from a natural death.

On 8 September transiting Saturn was at 20 Aquarius, coming back over her Mars – Jupiter conjunction for the second time. So often it’s the middle of any three-legged transit that is the crucial one, especially when it’s underlined by a progression and a lunation (a new or full Moon, and/or the position of the progressed Moon).

The Queen died under a stationary retrograde Mercury, bringing the nation to a standstill. The organization of the funeral is not a job that any of us would envy, but with a retro Mercury thrown in for good measure there must have been all kinds of logistical nightmares going on. Two days before the funeral the Dean of Westminster revealed how some parts of the long-held plans hadn’t gone as expected.

“As you work it through, there come moments where you have to recognise no, that doesn’t work in the way we thought it would,” he said. “There have been some challenging moments where we’ve had to adapt. There are some people who are working 19-hour days, 20-hour days at the moment, and one of the striking things is just how good they have been, when they’re very tired and been positive and making adaptations happen.”

Problems with transport and communication ….  “There was a wonderful moment when I had flower arrangers waiting in the abbey, and no flowers, because, quite properly, the police didn’t recognise what the van was and the flowers were sent back.”

Let’s hope that the Queen’s well known sense of humour allowed her a good laugh at all  the fun and games, and thank you for being my top teaching horoscopes for so many years and hopefully many more years to come!

How has Mercury in Mischief Mode been working out for you so far? Five more days to go and turning points may already be making themselves felt as Mercury is now slowing down (27 Virgo today) in readiness for turning direct again this coming weekend (at 24 Virgo).

Some people seem to survive these backwards loops (3 times a year for 3 weeks at a time) better than others but I’m mostly not in that category. Maybe because I have a natal retrograde Mercury, but that’s just a theory and one that would take a huge amount of research to test and illustrate.

I was of course aware that my last group of the Summer School classes would be operating under a retrograde Mercury, I wasn’t happy about that but we don’t have to put our lives on hold during these times. On the contrary, the issues that arise often hold vital lessons to be learned, as already illustrated in the story above of the Queen’s funeral.

If you go back to the last blog three weeks ago you’ll see that I posted the usual list of things to look out for, including –

The final week of summer school did have literally last minute cancellations and they were linked to situations that had already been taking shape for some weeks, situations about which I had no prior knowledge. Issues included a family health crisis that couldn’t be left to others, heartbreaking all round. Otherwise we had a missing link, transport problems, wrong information and misinterpretations, and students who’d been on the waiting list for months in case of last minute cancellations missing out – all totally textbook.

Here are the week’s aspects again, but this time just picking out the thread that includes both Mercury and Venus. We can now see clearly that these two unite at 26 Virgo at the beginning of the week and therefore they also both pick up the link to Pluto –

Venus’ link to Pluto is a one off and we can see that by the fact that Venus is moving on quickly, moving into the next sign of Libra on Thursday morning. However Mercury makes the link to Pluto while still retrograde – will turn direct on Sunday morning – so this is the second of three, the third and final one will be 7 October.

Even though the link to Pluto is by trine (harmonious) it’s still Pluto! Not easy, as Pluto himself is about endings, absences and black holes …. Just this morning was trying to transfer money UK to Greece for bill paying and it won’t go through, grrr. Venus rules money as well as the better known Venusian things of love and girlfriends. Hopefully the Mercury – Venus conjunction later today promises answers.

Pluto is also closure and it’s therefore totally fitting astrology for a friend who’s flown back to the UK for the burial of the ashes of both parents who died last year just a couple of months apart. The Covid restrictions have now gone and they’ve finally managed to bring scattered family together for the event.

The coming together of Mercury and Venus is usually highly benefic, but this one is somewhat toned down by the fact that Mercury is still a week off turning direct and Venus is in her sign of “fall”. So it’s slightly tetchy shall we say, tread carefully, yet still the possibility of good news and agreements. Look out for situations that require careful analysis before you have your say, especially as this evening also brings the Sun – Jupiter opposition, which is full of life but also carries an “over the top” tag. Don’t exaggerate or over commit yourself.

Venus’ imminent change of sign gets a big tick, especially for love and close relationships, as she moves into her own sign of Libra. So this is the shift from a “fallen” Venus to a “dignified” Venus, her first date is with benefic Jupiter and she will be travelling through Libra until 23 October. If you need to build bridges or work on your relationship/love life then this next month should bring plenty of opportunities.

Because of Mercury’s stop-start meandering journey through the skies the conjunction with Venus is actually going to repeat twice between now and the end of the year. After these the next conjunction won’t be until 27 July next year. So here are those dates for your diary, to be especially noted if you have natal planets or Angles at or very close to these degrees –

I leave you with the usual checklist of the possibilities to look out for as Mercury gets ready to switch back to direct motion at the weekend,