The Dramas of Love & Life, a Crazy Black Friday & the Lunar Eclipse in Gemini 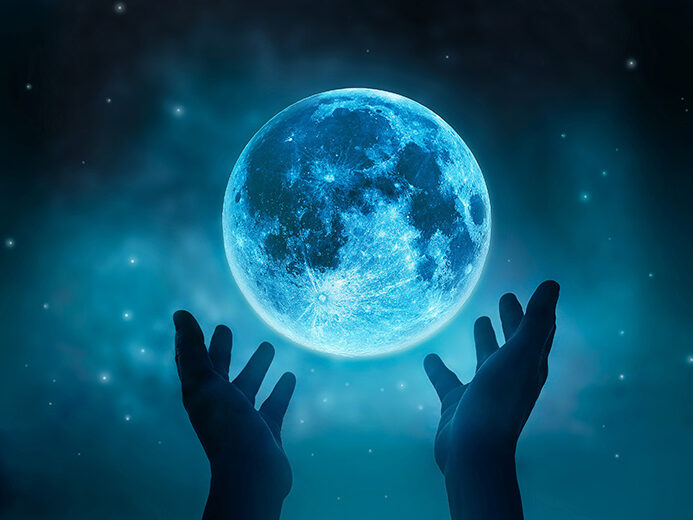 “Risk is the price you pay for opportunity.”

“Stay away from negative people – they have a problem for every solution.”

It’s been a very busy time over here and, judging from my inbox, the same for many others. With Mars having turned direct (Saturday 14th) after two months of being stuck in reverse, and Mercury having come out of shadow (last Thursday) there’s a definite shift going on. This theme has been highlighted by the Sun moving out of mysterious and complex Scorpio (Saturday 21st) and into Sagittarius, sign of exploration, optimism and truth. Note that consecutive signs work as opposites so if Scorpio is secretive and has to be decoded then Sagittarius is all about openness and “what you see is what you get”. We still have to get through Venus’ Scorpio journey but even so some matters are getting more obvious, and more positive. Add to the mix that there’s less than a month to go now before Sagittarius’s planet Jupiter moves out of Capricorn, this planet’s sign of “fall”, where he’s been since last December. Jupiter is going to be much happier in the air sign of Aquarius (from 19 Dec) and this bodes well for the collective.

I finished last week’s blog with a checklist of what to expect with Mercury coming out of shadow. Many of those points were noticeably evident in my own life, but especially, “The right person appears to deal with the frustrating problem beyond our own expertise.” I had been researching the costs of buying a wood burner and then finding someone to fit it. Trying to do this under lockdown of course didn’t help. The whole issue had started to feel somewhat overwhelming, not to mention the spiraling costs, and I was beginning to think that it might just be easier to stick with huge electricity bills (no mains gas on the island).

On the day that Mercury came out of shadow I drove down a different road from usual because of roadworks and was waved down by a very good friend, someone I’ve known during my whole time in Greece. I mentioned the wood burner issue. He said, “leave it with me.” Big smile to myself, perfect timing, I knew he would sort it, and he has. He found the wood burner and the workman, all at half the price I was going to pay, and it will be installed this coming week. I can’t wait. I love you George.

Mercury is the dominant planet this week again. Coming “out of shadow” – getting back to the degree at which he turned retrograde – translates into getting back to full speed. So Mercury’s final aspects on the final leg through Scorpio are a swift sequence, and they’re all wrapped around the arguably most important aspect of the week, the opposition from Venus to Uranus –

Mercury in Scorpio is great for communication of the deep and meaningful kind but even so it can sometimes be heavy going. Pay extra attention to things like reading between the lines or your feelings about what is not being said, especially with those who are not good at showing their feelings at the best of times. But with super sensitive Neptune now turning direct (retrograde since 22 June) look out for the theme of the tide is turning. Get those conversations started, get your point across and go ahead with plans or decisions. The Mercury – Jupiter combo at the weekend is promising for results or good news, and for showing you where you’re on the right track.

This is Venus’ first aspect since changing sign, having just arrived in Scorpio (Saturday 21st ). It seems likely that the day of this aspect being exact is the day that I’ll be having my wood burner fitted. Astrology can be hilariously literal sometimes – the upheaval of Uranus in Taurus, the sign of Fixed Earth, is spot on for drilling holes through concrete walls for the purpose of burning wood. What could possibly go wrong lol? Hopefully the worst bit will be noise and mess, but only for a day and it will be worth it.

It’s a textbook aspect for disruption or for things that come out of the blue, particularly in connection to Venusian concerns of love, money, beauty and pleasures. Probably doesn’t bode that well for coming out of lockdown so am being philosophical about spending my birthday alone next week.

But whatever you find yourself dealing with in terms of the unexpected it should be something that unfolds over a day or two. If you have planets or Angles at or very close to 7 degrees of Taurus/Scorpio or the other Fixed signs of Leo/Aquarius then you’re more likely to experience events of greater significance and for some these will take the shape of risks. If you’re naturally risk averse such events will be harder to handle. But I chose the quote from Tom Selleck this week as it captures the point about how opportunities always come with a risk factor. We can’t change, and stay the same. Something’s gotta give.

In terms of relationships note that Uranus is known as the divorce planet. This doesn’t mean that every time we get an aspect involving this planet that all couples are at risk of splitting up! Uranus loves a drama and finding the middle ground becomes more of a challenge. But if you’re in a relationship that is already decidedly rocky or if either of you have already thought about or raised the subject of going your separate ways, then Venus – Uranus combinations will indicate when wobbly moments can quickly become tipping points.  On the other side of the Uranian coin there can be stories about meeting someone at the most unlikely moment and when love was the furthest thought from your or someone else’s mind.

Last word on the Venus – Uranus is that it falls on what we now know as Black Friday, the last big shopping day before Christmas when stores all make massive discounts. Given that Uranus rules technology and the internet, and given that the whole world is now doing most of their shopping on line anyway, things are going to go nuts. I wouldn’t be in the least bit surprised if the internet crashed under the rush. Get your own orders in very early in the day would be my advice and don’t order from companies you’ve never heard of. The risk of scams and things never actually arriving is high. The risk of overspending and regretting it is also extremely high! Set yourself a budget.

We spend the whole week travelling towards the start of the next eclipse season, exact next Monday morning so am including the event in this week’s info. Be aware that much of this symbolism will act as a backdrop between now and next Monday, and beyond –

Eclipses get mixed press but basically they’re points of significant change that often involve power issues and/or the crux points of triangular situations, ie as symbolized by the intricate relationship between the three bodies of the Sun, Moon and Earth. Who is going to overshadow whom? There is often a flavour of death/rebirth symbolism – changing colours, the light disappearing and coming back on again. In this respect, Eclipses can fall into the category of omens, unbidden phenomena that signal fated change in the life of an individual or a nation.

If you have planets or angles at or close to (within 3 degrees) 8 Gemini then be on the alert for key developments in any situation that is about change, and establishing a new order. It may not be easy but when the shadows lift a new landscape is revealed. With love stuff the issues of triangles and choices are likely to be highly sensitized as Gemini is the sign of the Twins (ruling everything to do with twos, duality and multiplicity), especially as it falls within a couple of days of that potentially explosive Venus – Uranus. Gemini always comes with communication issues too so again this rather backs up the idea that this will be a dodgy time for technology. To be eclipsed is to be momentarily disconnected and overpowered.

Going back to the astronomy for a moment Eclipses occur when a New or Full Moon is also conjunct the Moon’s Nodes. The North and South Node are not heavenly bodies, they are the imaginary points at which the Moon cuts across the Ecliptic (from which we derive the word Eclipse) which is the apparent path of the Sun’s motion as seen from planet Earth.

In traditional astrology the line of the Nodes (always exactly opposite each other) symbolizes a dragon. The Sun and the Moon (the Lights) are the eyes of the dragon, and the dragon “eating” the Lights refers to the phenomenon of eclipses.

THE PART OF FORTUNE

Also known as Fortuna this is another imaginary point which is derived through the mathematical formula of the degree of the Ascendant, plus the degree of the Moon, minus the degree of the Sun. Fortunately, all astrological software packages do these sums for you! Its name speaks for itself as it simply picks out a lucky degree in the horoscope. I mention this here because the important thing to note is that it’s dependent on the position of the Lights (Sun and Moon). At the time of a Full Moon Fortuna is always exactly conjunct the Descendant (partner, significant other) and at the time of a New Moon Fortuna is always exactly conjunct the Ascendant (the self).

Taking this one step further this means that the horoscope for this coming Eclipse, no matter which coordinates you enter in terms of where you are on this planet, will have Fortuna smack on the Descendant, at exactly the same degree and minute. For example if you look at the Eclipse chart for London it has an Ascendant of 29.23 Sagittarius and therefore Fortuna at 29.23 Gemini. If you look at the chart for where I am in Lefkada the Ascendant is 4.47 Aquarius and therefore Fortuna is at 4.47 Leo. Therefore at one level we can say that Full Moons and especially Lunar Eclipses have a definite correlation with changes in relationships.

Finally bear in mind the usual symbolism for any Full Moon as a time of “lunacy” (lunar) when things clamber out of the shadows, life goes a bit crazy and we find ourselves at full stretch. Give some thought to your coping strategies if your lockdown goes on, and create the time for those who are alone and who benefit from being in contact with you. But don’t relax your guard around your social distancing rules. Next week Mercury starts a whole new cycle, finally moving into Sagittarius after being in Scorpio/end of Libra since the end of September, and I’ll be talking more about this next time,