Stepping Stones, Lifting Shadows & Back to the Future 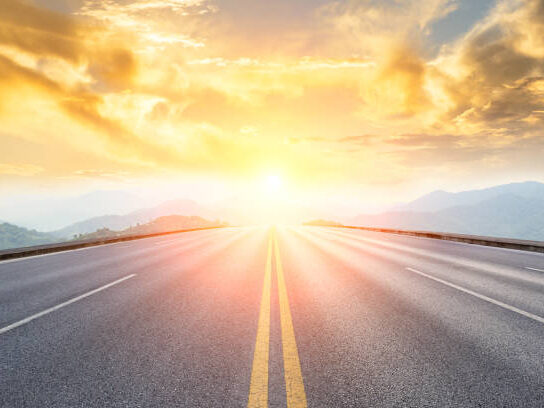 “Each moment is a place you’ve never been. The future is always beginning now.”

“I learned that courage was not the absence of fear, but the triumph over it. The brave man is not he who does not feel afraid, but he who conquers that fear.”

Nelson Mandela – on his time in prison

Here is the proposed schedule for next year. Easy Jet flights are already available for all dates up to 2 June and are incredibly cheap, especially midweek with many being around 75 quid return, which is why I no longer opt for weekend dates.

Please don’t book anything without consulting with me first. The important thing at this stage is to put your name down for any course you want to do and then when we have the numbers we can go ahead. I need a minimum of 6 in a group before giving it the green light. The sooner we can get the numbers, the sooner everyone can take advantage of the cheap flights before the prices start going up again, as they always do with Easy Jet. Contact me for all questions, no matter how small – joannaw@otenet.gr

No courses run for the second half of June through to end of August as it’s too hot!

It feels like another lifetime since I got back from my last London trip in February. The plan was to do one more trip in April and then get back to Lefkada in time to get ready for Summer School starting in May. As we know all of this was cancelled but interestingly the usual flow of emails about readings also disappeared. It was as if nobody felt that they had an immediate future worth investigation, or even one at all, or were too scared to ask. The opposite applied to the teaching side of my work, I was and still am very busy with my online students, but four months went by without any client work or even enquiries.

This has noticeably changed during the last six weeks to the extent that there’s now a waiting list, so am taking this as a sign of the times. Virus fatigue – ie sick of the virus as opposed to suffering actual post viral symptoms – has clearly spilled into not just daily lives in the here and now, but also into our hopes and plans for the future. Or it’s just simply that we’ve learned to live as best we can with the fear, and learned that life goes on. There’s reams and reams written about “living in the moment”, and it’s something that I think we all try to do as much as possible, and maybe that’s a positive spin off from the experience of living through a pandemic. It has its benefits. Psychology teaches us that go too far back and we get depressed, go too far forwards and we get anxious. But living only in the moment is hard, if not impossible, as the reality is that human beings are future orientated. As my psychologist friend Paul Hitchings says, “Humans are meaning making machines”, and we’re always looking ahead and thinking ahead, even if it’s just in terms of paying next month’s bills.

One of the joys of astrology is that it shows us how life is always changing. The universe is constantly moving on and moving us with it, and in this respect astrology links us to fate and destiny, which in turn inevitably keeps us connected to the future. My own belief is that it’s our hopes and plans, those stepping stones to the future, that keep us healthy. I don’t know how people live without astrology, as a frame of reference not just in the predictive sense, and if I had my way it would be on every school curriculum, but that’s another subject lol.

A READING – AN OMEN & A PREDICTION

My favourite reading of the last six weeks was for a regular client who, in spite of being the breadwinner for her family, listened to her instincts and ended up quitting a very well paid job that was sucking the life out of her. This was a textbook example of Mandela’s words at the top of this blog. She’d never been out of work her entire adult life and at one level it seemed madness to give up well paid work in the current Corona climate. She went through several very wobbly moments in the ensuing weeks.

However, one very early morning a couple of days after quitting the job, as she arrived at the gym (not lying in bed and hiding under the quilt then!) she saw a bright planet twinkling alongside the Moon. She took a photo of it and sent it to me, asking me which planet it was. It was the morning of 14 October, the exact morning of Mercury turning retrograde (in her 10th House of career!) but it was the beautiful Moon – Venus conjunction that had caught her eye, and her imagination. When I saw the photo I realized immediately that this actually fell conjunct her own Venus (ie the position of Venus in her own horoscope), and two days before the actual New Moon. Venus is love but she also rules money, pleasures and blessings.

I knew immediately that we’d stepped into the world of omens – “unbidden” phenomena that bring a message. In other words, she didn’t consciously ask for a sign or guidance, unlike actually having a reading when we are working with “bidden” information, such as through the horoscope or the tarot cards, as an act of consultation. Part of the astrologer’s job is to stay symbolically aware for your client and there was no doubt in my mind that being struck by this beautiful conjunction that aligned with her own horoscope was a message that she was going to be more than okay.

Fast forward to the end of several weeks of interviews I had my eye on one job in particular, which was actually out of her field of experience and there were others who on paper were more likely to get the job, but the interviews for the position fell on astrologically significant dates for her. We spoke last Wednesday, the day before the last Jupiter – Pluto conjunction, with Mars (the planet that rules her 10th House of career) poised to turn direct. She told me that she was waiting for a phone call on Friday. I said with that final timing at work it was crystal clear that she was going to get the job, and she did.

Another reason for loving this story is because it was such a positive showing of the Jupiter – Pluto symbolism. This conjunction has been the backdrop for the whole year and, as I’ve written about several times, it’s been obvious symbolism for the consequences of the virus. It can be boiled down to Jupiter = freedom, Pluto = wipeout. It’s a conjunction that happens every 13 years, Nelson Mandela was born on the one in Cancer in July 1918 and was imprisoned for 27 years. What we’re going through is nothing by comparison.

The positive side of the Pluto coin is the phoenix, possibly the ultimate symbol of rebirth, arising from the ashes of a lost income, a former life, a broken relationship, a younger self and so on. Hence the beloved textbook keyword of “transformation” for this planet. I don’t disagree with this word but as noted in other blogs I ask students to use this word carefully as it has connotations of something magical and immediate. The reality is that it is a transformative process that can take a long time and which can be challenging in the extreme. Plutonic experiences take us to the edge and make us look at the drop.

It’s notable that on the finale of this big conjunction the news is full of stories about the virus vaccine. I personally would want to wait to see how effective this is – in other words, I’d want to see if this is true “rebirth” stuff or the dangerous wipe out side to Pluto. Early trials of various vaccine ideas have had some disastrous results. So for now it’s too soon to say.

Last week I titled the blog “that Finale Feeling” and the theme continues into this week, bringing the very last stage of Mercury’s journey after his recent retrograde phase –

When Mercury turned direct just under two weeks ago I didn’t post the usual list of themes to look out for – but you’ll find them now at the end of this blog. This was because Mercury turned direct in square to Saturn – which was like extending the time of retrograde problems. That sequence of 3 squares to Saturn finished 6 November, and the 3 oppositions to Mercury is the sequence that’s finishing now. As a rough guide –

On this occasion, with unpredictable loose cannon, all change, rug puller Uranus being in the line of fire those outcomes can take all kinds of different shapes, from shocks through to surprises. And Uranus quite often is the thing you couldn’t possibly have seen coming, so keep your wits about you, especially if you have planets or angles at or close to 8/9 degrees of Taurus/Scorpio or the other Fixed signs of Leo/Aquarius.

Even so, Mercury coming out of shadow this time around feels like true resolution and bringing pictures back into their real focus, and for some may even be the real light at the end of the tunnel, especially as it happens just two days after Mercury’s finale of repeating aspects. It’s been a long journey.

The second half of the week brings a pattern between these three planets, with both the Sun and Venus making aspects to Saturn, their final major aspects before changing sign –

Note that the Sun and Venus also come together by a minor aspect, the semi-sextile which happens when planets are exactly one sign apart, which is why they both aspect Saturn within just a few hours of each other. This pattern is undeniably part of the picture of outcomes, finales and closure that have been such a strong theme these last couple of weeks. Whatever your own story might be it’s a picture of mixed blessings, especially if you have planets or angles at 27/28 degrees of any sign but especially those mentioned above, but it’s up to us to pick out the good bits. Also stick to your guns and keep firm boundaries in place with regard to anything that’s been hard won.

Venus and the Sun both start their new cycles on Saturday. Venus will be travelling through Scorpio until 15 December, and then that will be the end of the dominant Scorpio/Pluto themes. Interestingly the end of Venus’ Scorpio journey and arrival in Sagittarius is also going to coincide with Chiron (the Wounded Healer) turning direct in Aries, after being retrograde since the middle of July. This can only bode well for all matters related to healing. But we have to get through Venus’ Scorpio journey first and I’ll be talking more about that next time, and also about the nature of the Sun in Sagittarius, fire sign of optimism, vision and wider horizons in every sense.

We’re definitely moving on. So let’s finish with the fact that Mercury coming “out of shadow” means that this planet is back up to full speed. Below are the kind of themes to watch out for, now and in the coming weeks,