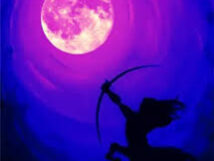 “There is only one meaning of life: the act of living itself.”

“Laughter is the sun that drives winter from the human face.”

Two women in the news, one a calamity to a success story and one the other way around. I mention them as they’re both in the news immediately after the Eclipses which were poignant for both of them and which illustrate the falling or lifting of shadows. Both were mentioned in the blog at the beginning of the year.

ELIZABETH HOLMES of Silicon Valley fame is, or rather was, America’s youngest self made billionaire but in January was convicted of defrauding investors with false claims about the power of her diagnostic technology – namely, using just a few drops of blood from a finger prick for instant diagnosis of conditions ranging from diabetes to cancer.

in January she had Saturn (29.5 year cycle) transiting conjunct her Sun at 14 Aquarius. Her backers lost phenomenal amounts of money, eg Rupert Murdoch £120 million, and in 2018 her company Theranos was dissolved. In June 2018 she was arrested on criminal charges of fraud, on the basis that she had knowingly misled patients about the tests and vastly exaggerated the firm’s performance to her financial backers.

I’m not clear about the full reasons for the time lag, her trial was in January but her sentencing didn’t happen until last Friday (18 Nov). This fits the Saturn activity, transiting conjunct her natal Sun in January at the time of the trial and the sentencing/time of reckoning coming with the Lunar Eclipse falling on her natal Saturn 10 months later.

Since then she’s fallen pregnant with her second child, her first child being born in July of last year. Her attorneys asked for house arrest on the grounds that she’s not a danger to society but her prosecutors say that she’s blinded by ambition, will continue to put people in harm’s way and that she accepts no responsibility. Her jail sentence is 11 years and 3 months.

Last week I commented that for those who have natal planets or Angles at both of the Eclipse degrees this is a period of huge change and transition. I gave Camilla as an example –

No known time of birth for Elizabeth Holmes so we can’t know her Ascendant but she has two slow moving planets exactly in the line of fire, both of them connected to endings, lack of compromise, situations that you can’t wriggle out of –

So while Elizabeth Holmes was being sentenced on Friday, Adele’s Las Vegas residency finally kicked off on the same day. Her first start date at the beginning of the year was cancelled at the last minute, in a tearful announcement by Adele herself on 21 January. She cited delivery problems for the set and the fact that half of her team were down with Covid, and that the show simply wasn’t ready. She was heavily criticized at the time as droves of fans had already bought flights and many had already even arrived for the show that didn’t happen.

At the time Adele was bang in the middle of Uranus transits conjunct her Sun – Jupiter conjunction in the middle degrees of Taurus, opposite Pluto in Scorpio. She was also heading for Saturn over her natal Mars in Aquarius the following month. It was later reported that she was also in the middle of a relationship crisis and was emotionally unable to cope.

Whatever the reasons for all the drama the fans have forgiven her and she’s opened to rave reviews. Would love to have been there! Her Sun – Jupiter conjunction gives her a Sag flavor, and also her natal Moon in Sag, so it fits that her comeback coincides with Jupiter’s turnaround.

Venus entered Sagittarius last Wednesday, followed by Mercury on Thursday, and the week starts with the two of them catching up with each other. This conjunction isn’t as common as you might think, at the most happens three times a year, and in fact the last one was at the end of last year in Capricorn.

So Mercury the mind planet, ruling everything that comes under the communication umbrella, linking with Venus who rules all things loveable – romance, money, pleasures, the sweet things of life – translates into things like good news, great ideas or honest conversations. Think Big and cast your net wide. In particular look out for links to the concerns ruled by Jupiter, see below.

These concerns are highlighted, in bold and in capital letters as the Sun moves into Sag just 9 hours later, followed by the Moon on Wednesday. This means that we have a New Moon (the monthly Sun – Moon conjunction) at the very beginning of the sign, with Jupiter turning direct an hour later.

Jupiter follows a predictable cycle, turning retrograde every 13 months and backtracking 10 degrees during the following four months. This can happen in the same sign or it can happen across the early degrees of one sign and the latter degrees of the previous one, as is the case now. Jupiter started the backwards loop at 8 Aries in July, retrograded back into Pisces 28 October and is now turning direct at 28 degrees of that sign.

These turning points are highly sensitive, for all of us universally, but will be especially significant for you personally if you have natal planets or Angles in the late degrees of Pisces (or opposite sign of Virgo) or the early degrees of Aries (or opposite sign of Libra). Either way pay close attention to what unfolds for you this week, and especially the people who appear, and clock the Jupiter hallmarks as these may well be signposts to your path of good fortune.

JUPITER, King of the gods, known as the Greater Benefic –

The turning point is already evident in my own client work and circle of friends this last couple of weeks – I’m suddenly hearing stories about getting novels published, escapes from a miserable relationship or hated job, generosity from others that has made something happen to change life for the better.

I’ll leave you with an excerpt from my book about Sagittarius,

Until next week, may Jupiter heap his blessings on you!

All the fire signs exude an obvious and immediate warmth, but Sagittarians are especially welcoming and cheerful. Friendliness is their hallmark, they expect to be liked and they’re puzzled or hurt when they’re not. They can put even the most uncomfortable person at ease. Unfortunately they can also unwittingly create discomfort when their arrows of truths hit the mark with a stinging accuracy that can leave their target speechless. They usually dig themselves into an even deeper hole when trying to explain or apologize.

However, there is no malice aforethought. They simply speak as they find and they can dish out compliments with the same outspokenness.

A typical Sag is honest, gregarious and generous. Never ask them to buy anything for you without being very specific. The idea of less is more is alien to them and you can easily end up with enough goodies to lay in for a siege.

The love of personal liberty can sometimes lead to a somewhat nomadic life and a resistance to taking on responsibilities. In the process, however, the thirst for knowledge, meaning and wisdom will lead restless and enquiring Sagittarians along all sorts of interesting byways. As the sign of “the higher mind” there is a serious side to their nature, they understand that they need their own philosophy on life and that education takes many forms.

Sagittarius and Jupiter between them have a wide range of vocational concerns. They rule higher education and many gifted teachers, professors or scholars are born under this sign. Editors, writers, literary agents and publishers also belong here as do all the legal professions, such as barristers or solicitors, and all work connected to humanitarianism, ethics, faith and religion. Here we also find the world of professional athletics and sports, especially equestrianism.

Jupiter and Sagittarius also rule all things foreign, including explorers, travelers or any work linked to overseas. Many Sagittarians find their niche in an expat community or away from their country of origin. Unsurprisingly, the entrepreneurial spirit is alive and kicking with this big thinking sign, and they relish the freedom that money can buy. What they lack in hard experience they will make up for with powerful intuition and visionary talents. Often there is a certain naivety and childlike trust in the world which somehow creates luck, albeit invariably at the eleventh hour.

Billy Connolly or “The Big Yin” (Scottish dialect for The Big One), whose standup comedy routines are characterized by blue language and outspokenness. After years of serious alcohol abuse he turned teetotal 30 December 1985.

Actress, singer and comedienne with the huge personality, Bette Midler is also known as the Divine Miss M and is famous for her extrovert, flamboyant and often outrageous performances.

Explorer, travelogue writer and novelist Mark Twain both made and lost fortunes in his lifetime. He always found a way of paying his creditors in full. He cared intensely about human rights and was an adamant supporter of the abolition of slavery.