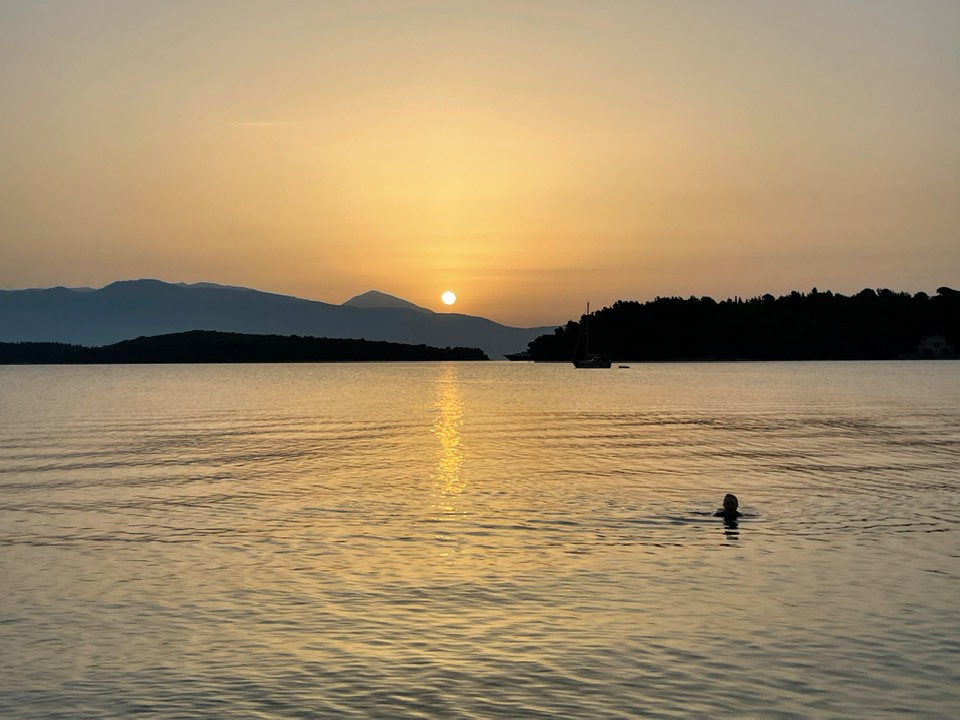 “Until one is committed, there is hesitancy, the chance to draw back. Concerning all acts of initiative (and creation), there is one elementary truth, the ignorance of which kills countless ideas and splendid plans: that the moment one definitely commits oneself, then Providence moves too.

All sorts of things occur to help one that would never otherwise have occurred. A whole stream of events issues from the decision, raising in one’s favor all manner of unforeseen incidents and meetings and material assistance, which no man could have dreamed would have come his way.

Whatever you can do, or dream you can do, begin it. Boldness has genius, power, and magic in it. Begin it now.”

SUMMER SCHOOL DRAWING TO A CLOSE

Last week I had created the space for writing a short blog but when I sat down to write my mouse and keyboard packed up. Nightmare! Still not sorted, working on a very old borrowed keyboard, which is good enough for now.

So the missing blog wasn’t just about being busy with courses but that was certainly a factor re not having the time to sort things out, and on a Sunday (the day I write the blog) which is a study day and also when everything was shut.

So we started with the intermediate astrology week 1 Sept, followed by Elisabeth Brooke’s course Astrology, Herbs and Health and am now finishing the intermediate tarot week, the last course for this season. What an amazing group, so much energy, including our 85 year old, who shared with us that the tarot card she turned for coming on this course was The Star (rejuvenation, hope) and on the strength of that she went ahead. You are never too old for an adventure! The quote for this week was posted by a friend on Facebook last week and I loved it so much that have chosen it for this week’s blog.

Regular readers may remember that back in April I turned tarot cards for the Summer School, and got The Moon (confusion, deception, shadowy issues) for May/June courses, and The World (success, arrival, completion) for Sept courses. The year before I also got a tricky card for May/June, can’t remember now which one it was, but then I turned The Sun (success, holidays, vitality, literal sunshine) for Sept.

So for two years running now those divinations have been clear, Sept courses have happened and with no problems, in spite of the paperwork learning curve! Let’s hope that next year we can include May and June again and I’ll be putting the new schedule together very soon.

One of my other students this week is Jane, a very close friend as we met over 40 years ago at university. Jane then came to Lefkada for work and I went to visit her the following summer, following the devastating loss of my mother. And that is how I discovered this beautiful island and that is how my relationship with this healing place all started. It’s all Jane’s fault. The photo is her swimming in the beauty of the sunrise earlier this week.

No time to write at length but here’s a quick guide to the week ahead, starting with Mercury in a very important role, playing into the Jupiter – Pluto, both slow moving and currently aligned by the minor aspect semi-sextile, one sign apart. These aspects are wrapped around the Full Moon, and Mercury is now stationing (appearing to stand still) in order to turn retrograde at the very end of the week. As above, so below, look out for where you too need to stand still for a while –

I’ll be talking about the themes for retrograde Mercury next time but for now just note that this means that Mercury is going to spend ages in Libra rather than whizzing through it. A retrograde phase means that Mercury ends up spending two months in one sign instead of two weeks and here’s the full sequence –

These are contradictory. The harmonious trine to benefic Jupiter is good news, but the inharmonious square to Pluto carries a heavy price tag. Plutonic themes are linked to change of the total and uncompromising kind. There are echoes here of last year when Jupiter was traveling through Capricorn and conjunct Pluto three times, at the time a clear showing of travel restrictions and other pandemic related issues.

In a nutshell Jupiter is freedom, education, opportunity and justice, Pluto is endings or heavy restrictions, often through control or in connection to things out of our control. Ask the women of Afghanistan. Only the boys have been allowed to return to school. The control of women (Venus) in particular is being underlined by Venus’ journey through Scorpio (Pluto’s sign) which will end 7 October.

If you have planets or Angles at or close to Jupiter and Pluto’s current positions then this new cycle will be kicking off some important stuff for you, some or all of which will be resolved or decided when Mercury makes those final aspects at the beginning of November. At or close to means within one or two degrees max, or the opposite signs. So 23 Aquarius/Leo or 24 Capricorn/Cancer.

Pay close attention to what unfolds for you this week, especially in relation to those big life changing decisions and your awareness of what you’re prepared to give up, or the lengths you’re prepared to go to, in order to deal with the dominant issues in your life.

Venus and Mars put in appearances at the end of the week, immediately after the Sun enters Libra, sign of partnership  –

Again we’ve got a contradictory picture. The Venus aspect is volatile and rebellious, the Mars aspect is super sensible and conciliatory, big on logic and low on passion. Relationships already growing cold definitely need some warming up.

It’s important to remember that these two combinations mean that we will also have a “mutual reception” – ie two planets in each other’s signs, Venus in Scorpio (Mars sign) and Mars in Libra (Venus sign). As I said in the last blog this is considered to be a helpful factor that indicates collaboration and the possibility of swapping things around, especially in this case as the reception takes both planets out of their signs of detriment. Look out for matters that can be eased or resolved through arrangements that are mutually beneficial.

But overall this is a highly sensitized time, not least because of the Full Moon, always linked to “lunacy” or matters being at full stretch just before they tip into culmination or revelation. As this one is in Pisces the emotional tides will be riding high in all kinds of ways so put your feelings high up on your list of priorities. In other words, how do you really feel about something? Follow your instincts, dreams and visions.

I leave you with a wonderful story that links to that theme. Musician Tony Kofi was 16 when he fell off a roof. As he fell his life flashed in front of his eyes – not the life that he’d lived up to that point but the one lying ahead, including the faces of his children that were yet to be born. This REALLY makes you think!!