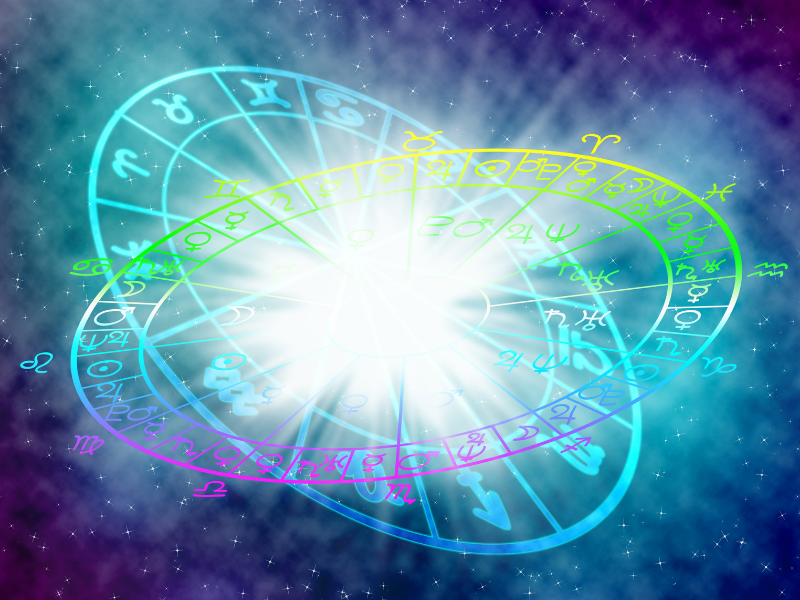 With the exception of the Sun and the Moon, all of the other planets have retrograde periods, the times when they appear to be looping backwards in the heavens. As above, so below, the concerns of the planet in question then become more complex and often reflect events that stop us from moving forwards in the way we’d planned or expected.

Mercury is by far the most troublesome as his retrograde periods are the most frequent (turning retrograde every four months for three weeks at a time) and also because this planet is associated with trickery, being the archetype of the Magician at best or the thief at worst.  The three turning points of each year mostly happen in the same element and this year it’s the turn of the Water signs –

This time around we have one more week to go before he turns direct again, in the early hours of next Tuesday 10 March. You can read the intro to my feature on that subject in this month’s edition of Soul & Spirit magazine that is out now:

Mercury turned retrograde in Pisces but the turnaround will be all the more interesting as it will be in the previous sign. Mercury backslides into Aquarius this week, and aligns with Venus (love, money, pleasures, desires) coming the other way, finishing her journey through Aries. Her square (conflict) to Saturn (blocks) is tough, but it’s the harmonious sextile to Mercury that is Venus’ last aspect before changing sign, so whatever Tuesday may bring the following day signals a chance to make things better or to put the record straight –

The golden rule for the Venus – Saturn square is not to force anything, especially love issues. Love is not love if it is forced. Let your partner be if they’re not delivering what you want, for whatever reason, and be supportive rather than getting fixated on your own stuff. Ask for the same if it’s the other way around. Venus is in detriment in Aries, sign of the self, but the blocks or limitations being shown by Saturn can be eased by recognizing where ego is taking over. Also tread carefully if you’re getting involved with someone who’s unavailable or if you’re already in a frustrating affair. Venus – Saturn combinations of any kind can be very depressing.

The fact that this square happens at the end of signs is also indicative of a love or money issue reaching the end of its own current cycle. For example you may realize that someone is not for you after all, or that there’s a subject that you’ll never agree on or that there’s something that will never change. Saturn specializes in reality checks. But Venus’ last aspect to Mercury also at the end of signs, even though he’s retrograde, suggests that there are other ways of looking at things, or that simply by giving up on something creates the space for the new and different. 29 degrees is known as a “critical degree” – ie important in terms of the moment of change. This can all apply to any key relationship, not just a romantic one, such as children or a colleague, or to any plan that is close to your heart.

Traditional astrology says that Mercury’s sign of “exaltation” is Virgo, the same as his feminine sign of “dignity” (masculine sign being Gemini) but in some modern textbooks you’ll read that Mercury is exalted in Aquarius. Regardless of whether you agree with this or not it does nevertheless give an indication of a powerful compatibility between planet and sign. Mercury is the mind planet, ruling everything under the massive umbrella of communication, and Aquarius is an air sign, element of the intellect and thinking function, and is associated with above average intelligence, the scientific mind and those who are ahead of their time. As my colleague Elisabeth Brooke wrote recently one of the hallmarks of the Aquarian nature is waiting for everyone else to catch up.

In last week’s blog I wrote about how Mercury retrograde in Pisces described the corona virus, something that other astrologers have naturally commented on too as it’s such an obvious “take”. One of these astrologers (I’m afraid I can’t credit here as I can’t remember the name, I saw it on Instagram at least a week ago) also wrote that she thought Mercury turning direct in Aquarius boded well for a medical breakthrough in terms of vaccines. Let’s hope so, it would certainly fit the astrology, although trialing new drugs takes well over a year.

However Mercury returning to Aquarius, the sign of humanity and the collective, does rather feel like good news if only because Mercury will be out of his weakest sign of Pisces for a brief interlude (will turn direct at 28 Aquarius and return to Pisces 16 March to 11 April) and bodes well for more understanding, less panic. It signals decisions made from an objective point of view and for the good of the whole.

Back to day to day life the best way to use Mercury’s change of sign is to get back to problem solving and list ticking. As I’ve said before, find me an Aquarian who doesn’t make lists. Being less emotional and more systematic, less fearful and more pragmatic, will be a positive strategy.

As Mercury’s first encounter after changing sign is with Venus, at the very end of Aries, which in turn is her sign of detriment, love and money issues are likely to take top billing.  So midweek is super sensitive and may well bring significant news or conversations, especially with issues that have been ongoing for a while and/or which don’t seem to have any clear solutions. It’s a good time for coming up with Plan B, as Venus squaring up to Saturn may well kill off Plan A.

But whatever your personal scenario I’ve always found Mercury – Venus combinations to be helpful and pleasurable in some way. Girlfriends come to the rescue or you finally catch up with friends you haven’t seen for ages, you can have meaningful heart to hearts, love talk, or get to know someone new a lot better, you get money news or job offers or money back. So if you need help, ideas, inspiration and so on, it’s all out there and midweek is the space to watch.

Venus enters her feminine sign of Taurus (her masculine sign is Libra) in the early hours of Thursday. This is good news because again it’s a planet leaving a sign of detriment (weakened) and arriving in a sign of dignity (strengthened). However, this definitely isn’t a time for complacency as Venus’ first aspect on her new cycle is the conjunction with Uranus –

Here’s a reminder of what Uranus stands for –

Uranus co-ruler of Aquarius was discovered in 1781, coinciding with the French and American revolutions, and the industrial revolution in England. He is the planet of rebellion, anarchy, social advancement, ecology and technology. Both Bill Gates and the late Steve Jobs have strong Uranus/Aquarius features in their horoscopes. In mythology Uranus is the sky god and he rules all that comes “out of the blue”. He challenges all that Saturn stands for, such as hierarchy and traditional rules, and his nature is innovative, explosive, sudden, unexpected, erratic or unpredictable. Typical Uranian types are primarily different. Brilliant, quirky, nervy, eccentric, unstable, a wild child or a genius, a scientist or social misfit, they are always unusual, unconventional or original in some way.

So you can see why I usually refer to Uranus in action as “The Rug Puller” and why I often say that he’s the astrologer’s nightmare because in the world of prediction, Uranus is unpredictable. He’s the loose cannon, the spoke in the wheel, the thing that catches you unawares or possibilities which never crossed your mind until they happen. This can work out for you or against you depending on individual situations. For example, in love concerns, Uranus is the divorce planet and rules splits of all kinds, so if you’re in a rocky relationship this aspect can bring the tipping point or show you where changes need to be made. Single? Uranus can also bring the whirlwind romance or the classic moment of meeting someone when or where you least expected to or when relationships were the furthest thing from your mind.

With Uranus’ connection to the collective he’s always great for groups, and with Venus that means women, anything from a girls night out to joining a group connected to the things that interest you. With Uranus’ link to technology this aspect also favours on line dating, but with the usual precautions, especially as Mercury is still retrograde. For example if you’re going on a first date let others know where you’ll be.

As you’ll see above, coinciding with Venus’ change of sign and her meeting with whacky Uranus we have the Sun – Neptune conjunction, an aspect that happens only once a year.  I suspect that this might bring a peak moment in the corona virus epidemic and that the Venus – Uranus aspect following just a few hours later may also link to global changes in terms of crowd control. Many countries are recognizing that a key common sense factor in containing the virus is to minimize anything that brings large numbers of people together.

But again back to day to day life, while Mercury has paddled backwards through Pisces’ mutable waters, I’ve heard strings of stories related to water issues in many guises. Floods in the UK, travel nightmares, someone dropping their children at school and then driving an hour to work only to be texted that she had to go back again as the boiler had broken down and school was being closed, a child with a persistent urine infection and mistakes being made both at the lab and in the surgery, a new home being riddled with damp, these are just a few. So the Sun – Neptune conjunction may well again be a peak moment in terms of linking to events that have been playing out over the last fortnight.

In our internal worlds, however, the Sun – Neptune can mark a major milestone in spiritual development – great time to get a psychic reading btw – or bring joys through a soul mate. This is the world of feelings so don’t keep things bottled up. Neptune rules our sleep so listen to your dreams too as they’ll probably be packed with messages. It’s also the stuff of big dreams for the future, so listen to your instincts and trust that what arises from your imagination will find a way to materialize. Empathy is also likely to be a key feature in important relationships, but spot the difference between sob stories/excuses and those genuinely in need. And finally don’t forget that Neptune rules the booze so this coming weekend is great for partying but not for drowning your sorrows to excess! Watch your boundaries in every respect.