The Astrological Picture of Coronavirus, a Neptunian Full Moon, Mercury’s Turning Point and Staying on Track 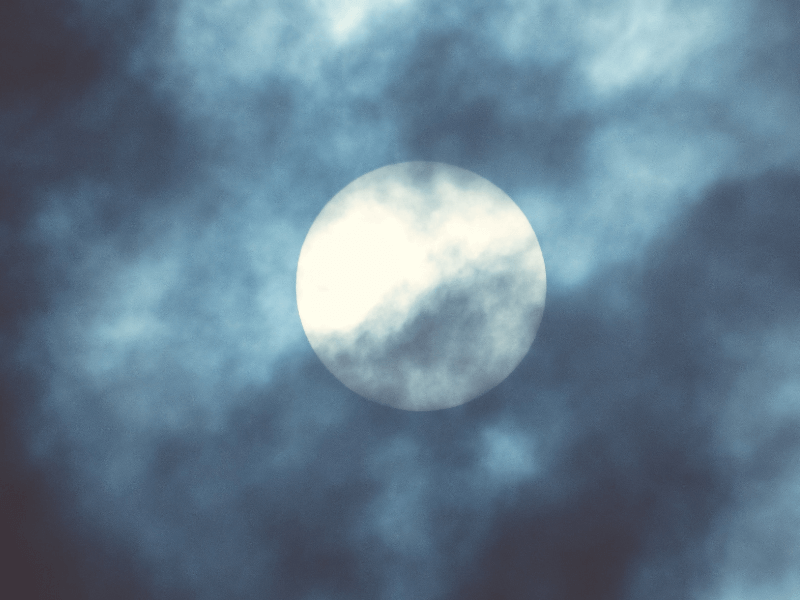 “If a child gave up at the first fall, it would never learn to walk. Do not believe in Limitations.”

Louise Hay, You Can Heal Your Life

Well, we all know what is dominating the news worldwide, but if it weren’t for the coronavirus this is the kind of week astrologically about which I would be feeling mostly very positive. The whole world is having to live with the anxiety and also with the practical implications, some of which I’ll be referencing in this blog. Alongside that however, and still unfolding no matter what the backdrop may be, life does go on, and we all still have to navigate our journeys through love, family, work, money, decisions and so on. So this blog is aimed at the astrological “take” for the bigger picture but also and as usual at how the current activity can reflect developments in our personal lives.

The week starts under the light of the Full Moon –

Virgo is the sign that correlates to the 6th House of the horoscope where we locate health. It’s a sign that is associated with fastidiousness and we’ve certainly all learned a lot this week about the importance of scrupulous hygiene. Full Moons relate to matters coming full circle or emerging into the spotlight, so illumination is a major theme. It’s worth noting too that this follows on immediately from the annual Sun – Neptune conjunction that was exact yesterday (Sunday 8th) at 18  Pisces, so in other words this Full Moon falls opposite Neptune. I speculated last week that Neptune’s dominance may reflect a peak moment in the pandemic, and this might be the case in China, who today has the lowest number of new cases since January when reporting began. But elsewhere it would make more sense to say that this astrology reflects the surge that is ongoing in other parts of the world.

There are no immediate answers and we are all at the mercy of something invisible. Neptune is Poseidon, god of the seas, and he rules everything that is uncontainable or fathomless. He has no boundaries, so we have to impose our own, such as Italy quarantining 16 million people. Neptune also rules pharmaceuticals, and particularly anesthetics – the gases and ethers that nobody can see. So yes, viruses are in the Neptunian mix too. But so are heightened sensitivity, soaring imaginations, overwhelming feelings and boundless receptivity to suffering.

It’s incredibly quick and easy to get spooked at the moment. Neptunian energy is brilliant at escalating things, to the point where perspective disappears. So it’s worth putting in our own boundaries in this respect too. For example, 9 million people live in London. 26 of them have coronavirus. Or, as one article that I read last week put it, if you’re under 50 and not living in China then you are more likely to win the lottery than you are of getting infected.

The Full Moon is the culmination of the lunar cycle (lunacy) and is notoriously a crazy time, and this one falls at a time when there’s a lot of panic going on. In your own life it might pay to look at where you’re being fuelled by fear or at where you’re trying to control the uncontrollable – such as other people’s lives or feelings! Take a deep breath, stand back and regain your own perspective. Make yourself a priority. If you’ve stopped doing this, or if this immediately makes you feel guilty, then consider the idea that being your best possible person is the best possible thing for your loved ones, and for everyone with whom you come into contact. On this Full Moon shine your own light out into the world.

The timing for this couldn’t be better as another big event of the week is Mercury turning direct in the early hours of tomorrow morning. You can read my feature on this subject in full in this month’s edition of Soul & Spirit magazine.

This therefore marks a literal turning point for us and all our Mercury related issues, but it also needs to be seen within the context of the whole sequence –

It’s always worth noting what you’re actually doing or what’s happening in your life or out in the world during significant astrological moments. As Mercury was turning retrograde (problems with transport) three weeks ago in Pisces, one of his signs of detriment, some of you may remember that I was returning from the UK, or was trying to, being stuck at Athens airport waiting for a local flight connection to Ioannina that was fog bound. I wrote then that, “Some of Mercury’s retrograde periods are worse than others and I’ve noticed before that when the turning point is especially notable then there is usually a lot more to come ….” There was a lot going on for those around me at the time too, and of course out in the world the fear about the coronavirus was starting to spread far more quickly than the virus itself.

So, also take note of what’s showing for you now and over the next couple of days as Mercury switches back to direct motion. In the light of the bigger picture Mercury turning direct in Aquarius, the sign of the collective and humanity, will almost certainly have further implications for decisions for the good of the whole. At a more personal level top of the list will probably be things like making decisions for longer term plans or for troubleshooting if business is suffering, but overall the theme is about accepting changes and getting proactive. Human beings can be incredibly resilient and inventive, hence the choice of quotation from Louise Hay for this week. She’s the expert when it comes to learning how to love and approve of ourselves, and how this is the starting point of ALL success. As Mercury the mind planet gets us back on track here’s one of her affirmations that I especially like –

I use my affirmative thinking to create exactly what I want.

Others treat me differently.

My new world is a reflection of my new thinking.

Try this out and see for yourself! In the meantime here’s the usual checklist of the kinds of things and themes to expect, now and up to the end of the month when Mercury will leave shadow:

A Stellium is when we have four or more planets all linked together in the same sign. Currently we have Mars, Jupiter, Saturn and Pluto all in Capricorn, sign of business, work, trading, structures and empire building of all kinds. The major Saturn – Pluto conjunction itself fell on 23 January at 24 Capricorn and there was huge speculation in the astrology world about what this might signify for worldwide commerce, finance and large organizations. As it turns out this foreshadowed events now unfolding as the coronavirus started at the end of last year.

We’re now building up for the Jupiter – Pluto conjunction (5 April) and the symbolism wrapped up in the combination of these two planets is becoming somewhat depressingly clear. Jupiter is the planet of travel, wider horizons, fun, all things overseas, enterprise and anything that makes our world bigger and better. Pluto is about endings and things disappearing into black holes. Capricorn – Saturn’s sign – is associated with restrictions and boundaries. For example, 16 million people are now quarantined in northern Italy.

Last week the further reaching implications were starting to appear, such as the impact on airlines. The collapse of the UK airline FlyBe was announced last Thursday and Transport Secretary Grant Shapps said, “Unfortunately, with the situation that has developed with coronavirus, an already weak company, I’m afraid, just hasn’t been able to survive.” Further reporting speculated that airline losses this year were already projected to run into the billions and many famous tourist hotspots are already eerily quiet. For those who do want to travel it will be good news in terms of bargains but the general trend of banning any events that bring a large number of people together, especially from different countries, means that a lot of people are in for a very hard year financially.

From an astrological craft point of view we have to remember that Capricorn is Jupiter’s sign of “fall”. In other words, it’s his weakest sign. Capricorn belongs to Saturn who is the direct opposite to Jupiter. For example Jupiter is about expansion, Saturn is about contraction. Jupiter is optimism and says yes, Saturn is pessimism and says no, stop enjoying yourself, grow up and get back to work. We all need some of the Saturn discipline and sense of responsibility, but no wonder he gets bad press. So Jupiter struggles in this sign and this isn’t going to get better any time soon as Jupiter will also be retrograde from May to September, the whole of the summer season. This also means that the conjunction to Pluto will be repeated, the retrograde contact falling on 30 June and, after going direct again, the third and final conjunction on 12 November. Tourism is going to be hard hit.

Midweek is when Jupiter moves back into the picture, but so does Pluto, as the Sun aligns with both of them by sextile, a harmonious aspect created when planets are exactly two signs apart. In the middle Mars (“exalted” in Capricorn and therefore at his strongest and most purposeful) makes the same aspect to Neptune –

Taken individually these aspects are positive, especially in terms of getting real and getting on with things. But there is a price tag, possibly connected with what you’re prepared to give up in order to make changes or connected with changes that are forced upon you. Jupiter has one vision of the future but uncompromising Pluto has another. The most important point about this series is that it shows us that Jupiter and Pluto are now only 3 degrees apart. As the Sun lights up each planet this paves the way to the major Jupiter – Pluto conjunction, that will be exact at 24.53 Capricorn on 5 April.

To put the significance of this in perspective the last time these two giants were conjunct in Capricorn was sometime in the period from November 1762 until 1 December 1778, ie when the very slow moving Pluto (cycle of 248 years) was last in Capricorn and obviously also at a time when the planet hadn’t even been discovered.

Jupiter catches up with Pluto every 13 years so the next conjunctions will be 4 February 2033 and then 12 April 2045. Looking back the last time they were conjunct was on 11 December 2007 in the late degrees of the previous sign of Sagittarius. On that very day there were two near simultaneous bombings in Algiers when two car bombs exploded 10 minutes apart in the Algerian capital Algiers. Two weeks later Benazir Bhutto was assassinated. These tragic events remind us that Jupiter – Pluto combinations can be about extremism. At a personal level, then, it pays to check our own extremist tendencies.

Next week brings more major astrological events, including the Spring Equinox, the Mars – Jupiter conjunction that happens every two years, and Saturn changing sign which happens only once every two and a half years. I’ll be talking more about these next time. For now do the Pisces thing of going with the flow, but stay calm and be open to all the practical and common sense messages that are embodied in the Capricorn Stellium,