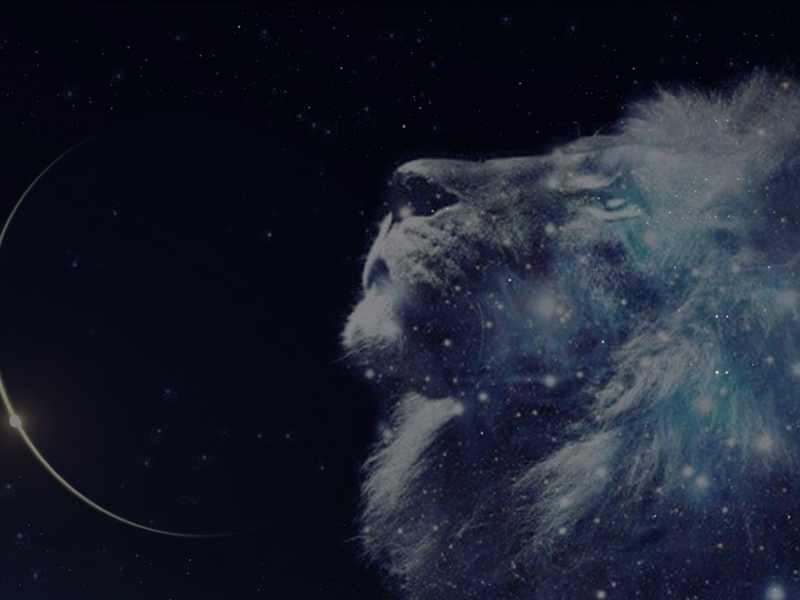 “You can have results or excuses. Not both.”

“Go find your joy. It’s what you’re going to remember in the end.”

Next year’s schedule is already out and attracting a lot of attention. Here’s the link to a new document that I’ve just created for all the info you need to know/all the faqs if you’re thinking of coming to Greece to take part in any of next year’s courses –

Here’s your “at a glance” of the celestial calendar for the week ahead. This breaks down into two threads, one being a full speed Mercury tangling with the heavy mob of Mars, Uranus and Saturn, the second being aspects to an SR (Stationary Retrograde) Jupiter, all wrapped around the Leo New Moon in the middle of the week –

In traditional astrology Mars is known as “the lesser malefic” while Saturn is known as “the greater malefic”. Scary titles but we don’t have to associate them with the stuff of nightmares. Their job is either to screw things up or to show us where the work is needed. Here are the challenges and effort of life. In synastry (chart comparison) they may reveal areas of conflict or those who are bad for us, or even why a relationship is impossible.

Uranus is the loose cannon and things can swing either way with this planet’s symbolism, everything from surprises of the exciting kind that suddenly change life for the better, right through to the drama of the unwelcome or even shocking kind.

Mercury’s top job is communication, in all its guises. Everything from news, information and significant conversations right through to the whispering of sweet nothings. With Mercury on this obstacle course, however, this is definitely not a time for wearing your heart on your sleeve.

Top advice is to operate by all the guidelines that apply when Mercury is retrograde. The last retrograde started on 9 May so go back to this blog for all the info – https://joannawatters.com/retrograde-mercury-jupiter-fire-the-total-lunar-eclipse-horoscopes-the-queen/

But in a nutshell Mercury combined with Mars, Uranus and Saturn in quick succession can be disorientating or super touchy. Look out for the hallmarks of these planets in your own dealings and/or in the world around you –

Note that Mercury’s opposition to Saturn is his last aspect before changing sign, moving into Virgo next Thursday. This really underlines the factor of finality or inevitability. Accept any defeat gracefully and especially avoid arguments that drag up the past or which nobody can win. Let go of grievances and encourage others to do the same.

Uranus co-ruler of Aquarius is also the planet of social advancement, ecology and technology. Both Bill Gates and the late Steve Jobs have strong Uranus/Aquarius features in their horoscopes.

The same applies to Elon Musk whose technology enterprises such as Tesla and SpaceX have made him the richest man in the world. He has the Sun in Cancer as the focal point of a T-Square with Uranus opposite Chiron (conjunct Midheaven, Angle of career and one of the parents). Mars, ruler of the Midheaven, is 21 degrees Aquarius.

This means that the main activity in his chart right now is Saturn, who has already transited his Mars for the first time and is now in retrograde motion, heading for the second contact. His natal Mars is in the 8th House – money in terms of investments or inheritance, and traditionally where we locate sex.

Not only is Elon Musk in trouble with Twitter (Mercury) for backing out of a deal worth billions he’s now also in the news this morning defending himself against the allegation of having had an affair with Nicole Shanahan, the wife of his friend Sergey Brin, co-founder of Google (Mercury). Frankly the words “last man” and “on planet” come to mind but I guess $300bn is the irresistible bit. But he won’t be out of any of these woods until Saturn has finished with him, which won’t be until the middle of December.

JUPITER ON A GO SLOW

So last week’s blog was entitled “Jupiter slowing down” and this is the week that Jupiter actually makes the turn to retrograde motion, in red hot fire sign Aries, ruled by the red planet Mars.

An emergency has been declared in California as forest fires rage out of control and threaten Yosemite national park. Thousands of people have been evacuated. Soaring temperatures throughout Europe have been in the news nonstop, especially for the countries that have broken heat records, like the UK, and especially those battling fires. Here in Greece it’s business as usual for the last week of July, going into August, with temperatures at their normal high 30’s, possibly heading into early 40’s. Not easy, but we’re used to it. Forest fires happen somewhere in Greece every year but are usually very quickly contained. Again, the country is geared to deal with this summer hazard when everything is tinderbox dry.

Jupiter rules any kind of long distance travel and all things connected to overseas. The other headlines include gridlocked traffic at Dover as families attempted to get to France as the school holidays started. Horrific tales of sitting in traffic jams all day/several days, fractious children, nothing moving …. Stationary retrograde symbolism come to life.

So does this mean that all Jupiter concerns will grind to a halt and will they be problematic for a lot longer to come? No, because if that were the case, Jupiter would be “out of office” for four months every year and that obviously doesn’t happen.

Jupiter follows a predictable cycle, turning retrograde every 13 months and backtracking 10 degrees during the following four months. This can happen in the same sign or it can happen across the early degrees of one sign and the latter degrees of the previous one, as is the case now. Jupiter now starting the backwards loop at 8 Aries means that he’ll retrograde back into Pisces (23 November) and turn direct in that sign –

It’s the turning points that are the most sensitive, especially if you have natal planets or Angles at or very close to the degree and sign in question. So for now if you have anything in the early degrees of Aries or the late degrees of Pisces you’ll be on your own particular Jupiter journey with three key dates – as Jupiter goes forwards, backwards (retrograde) and forwards again. Pay close attention to what unfolds for you this week.

In the bigger picture this means that all the bigger, slow moving planets are now in retrograde motion except Uranus who has another month to go before making the turn. They’ll all turn around again at the end of this year, beginning of next.

For now Jupiter (the Greater Benefic) may be “stuck” but at least his aspects are to Venus (the Lesser Benefic) and the Sun. This may not be ideal for taking the heat out of things literally or metaphorically but, again in the bigger picture, any combinations of the Benefics with the Sun carry their own beauty, helpfulness, blessings in love or money, opportunities or liberation –

Talking of heat we also have the New Moon in Leo, the sign of Fixed Fire –

New Moons, new cycles, new looks …. So this morning my niece posted on Facebook the “new image” photo of Liz Truss. I posted back, “sack the stylist”. I’m sorry, I realize that it’s not pc to talk about women in terms of their style, but Liz Truss seriously needs to smarten up her look. Those in charge of her campaign obviously think so too but for me this photo is that Leo “centre of attention” moment gone horribly wrong.

Back to her abilities we can’t take away the fact that she orchestrated the repayment of the debt to Iran that secured the release of Nazanin Ratcliffe, but Richard Ratcliffe has just slammed her for not doing anything else about the hostage situation since. However, I think she’ll win, and I hope she does only because Rishi Sunak (b 12 May 1980) with his dodgy millions through his dodgy wife is so out of touch with real life that he would be a far worse prospect.

No time of birth for either Truss or Sunak though so no full horoscopes for either of them, so applying the rules of contest astrology here is like working with one hand tied behind your back. But if you want to learn more about this area of astrology Sally Kirkman is your woman, and her course next Sept here in Greece, How to Make Predictions.

Back to us, New Moon in the regal sign of the Lion is great for anything creative, self promoting or glamourizing. Ask Madonna “I behaved like a star long before I was one” Queen of Pop. Draw attention to your strengths and achievements, say yes to new opportunities, get out of a job you hate and do what you love, book a holiday, indulge yourself with a salon treat, whatever it takes to remind yourself that you count, you’re as special as everyone else, do it. And if that includes staying away from those who are negative or critical or energy vampires, all the better! Leo is the only sign ruled by the Sun and wherever you need to fall back in love with life itself is the way forwards.

Next week it’s the love planets Venus and Mars aligning, with each other and also with, guess who, Uranus. Dramatic stuff, especially the Mars – Uranus conjunction which happens only once every two years, so more on that next week,

Until then with love from a sizzling Greece