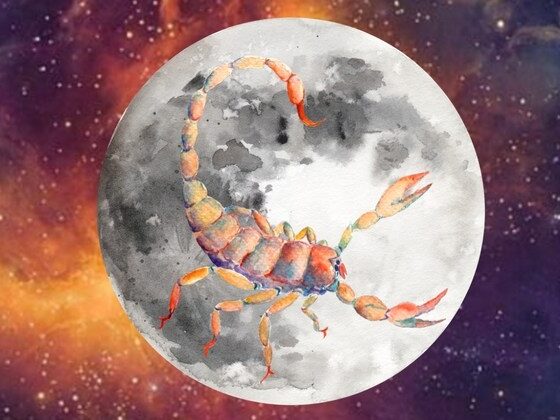 “Waiting time is not wasted time. Something is being worked out – in us, in someone else, in the Universe.”

“The journey back always reveals something new, and that is ultimately good for the artist.”

No more hassle or costs for Covid testing. It’s all been scrapped so we can now fly in and out to Greece as normal.

You can fly direct to Lefkada (airport Preveza, PVK, 45 mins transfer time to Nidri) from Gatwick, Manchester, Birmingham, Bristol or Stansted – which currently has the cheapest flights, ranging from £80 to £120 return for the end of May/beginning of June.

Airlines are Easy Jet, Jet2 and TUI but the easiest way to see all available flights and to keep track of prices is to use Skyscanner –

PLACES STILL AVAILABLE ON THIS SEASON’S COURSES ARE –

SORRY, THIS WEEK IS NOW FULL – this has been the most popular course, but you can put your name down for next year as I’ll be repeating this course 8 June 2023

SYNASTRY – WHAT IS IT?

This is one of the areas that I’ll be covering with your own horoscopes in the Discovering Astrology week, aimed at exploring how astrology really works. If you don’t already know the word synastry it will sound familiar to you because of the prefix “syn-” which comes from Greek, meaning together.

For example, synonym is a word that goes together with another word that means the same thing, a dictionary definition of synergy is “an interaction or cooperation giving rise to a whole that is greater than the simple sum of its parts” and synthesis is “the combination of components or elements to form a connected whole”. In other words, any kind of relationship.

When I started studying astrology seriously (36 years ago, eek!) the term “chart synthesis” was all around me, leading the student to believe that the art of horoscopy was essentially about understanding the whole chart. All you had to do was stare at it for long enough and you’d “get it”. It was several years before I realized that, at least as an academic exercise, this is an impossible goal. No wonder we all go through that phase of looking at a horoscope and glazing over. What does it mean? Am I thick?

In tarot I teach the crucial point that you don’t have to understand the whole spread in order to do an effective reading. If you fail to connect with the meaning of one or more cards in a spread it doesn’t matter as much as you might think it does.

The same idea works in astrology too, you definitely don’t have to understand the whole chart in order to arrive at understanding and meaning. It’s impossible to see full meaning “in advance” and it’s only as a chart unfolds throughout the years that we come to appreciate this. It’s like unpacking a bottomless treasure chest, you can never get to the end as there is no floor and no ceiling, it’s a gift that keeps on giving. We’ll explore this more in the astrology week.

So back to synastry, which is the comparison of two horoscopes to locate the areas of compatibility or conflict within any relationship. In this area of craft there are some things that we can know in advance as the rules of craft give us some guidelines. When it comes to closeness, longevity and soul mate stuff here are some of the top things to look for –

Some of my favourite examples –

Here’s your at a glance list of activity for this week which is definitely more about quality than quantity. We don’t have long lists of aspects but we’re clearly being kept on our toes with some important events heading our way, starting with Mercury switching to retrograde and ending with the Lunar Eclipse –

You’ll find the usual checklist at the end of this blog section of things to look out for, but at a general level this is the symbolism at work –

If you have natal planets or Angles at or very close to the same degrees as the turning points (when a planet turns retrograde and then direct again, in this case 4 Gemini and 26 Taurus) this current sequence will be especially relevant for a life event of your own.

But retrograde Mercury is always important for us all, at a universal level. Note that he’s turning around in his own sign of Gemini, sign of the Twins, that so often denotes themes of duality or important choices. But don’t try to rush or force anything, let matters unfold.

Jupiter has a 12 year cycle and we have 12 signs of the zodiac, so it’s easy maths, Jupiter spends a year travelling through each sign. This is never just A to B in a straight line though as Jupiter always has a retrograde period every year that lasts about four months. This means that Jupiter can slide in and out of two signs in any given 12 month period which is what will happen this year. Here’s the sequence –

This time around the change of sign is a very welcome transition. From 6 – 10 May Jupiter is on the last degree of the zodiac, 29 Pisces, which is the position of a Fixed Star called Scheat, associated with suffering. As you can see from the above sequence Jupiter will be back on this degree again at the end of October and November.

As one of Jupiter’s realms is peace and liberation I think this sequence will relate to the ongoing situation in Ukraine, and may even indicate that the conflict will be resolved by the end of the year. But let’s hope it’s sooner.

For those of lucky enough not to be living through a war Jupiter’s transition is packed with messages. To move from 29 Pisces to 0 Aries is to mark the shift from endings to beginnings, especially in terms of any journey that has involved themes of grief, suffering, sadness, victim role (either type, genuinely because of matters beyond our control, or the “poor me” doormat variety), sacrifice, loss of identity, focus or purpose, or the end of any matter which you can no longer change, eg loss of a job, the breakdown of a relationship of irreconcilable differences etc.

Jupiter the Greater Benefic arriving at 0 Aries is a massive and passion filled fanfare for the ego, as in returning to a healthy ego state. It’s time to choose what is right for you, especially if you’ve been living your life in a way that suits others but is making you personally miserable. Examine your own excuses for not doing the things you secretly long for. So often things boil down to low self esteem or lack of confidence or fear of failure or being overly risk averse – and so on, you get the picture. Try saying out loud, “I want …” and see how it makes you feel!

Jupiter tends to work well in the fire signs, being big, bold and exuberant. In particular look out for brand new starts in relation to Jupiter’s concerns – higher education, foreign travel, all matters linked to overseas, legal matters, personal freedom, generosity or any kind of opportunity, particularly those that feel gift wrapped from the heavens, simply because the time is right. Pay close attention to what unfolds for you on Wednesday as any kind of beginning, anything that fires your imagination or jump starts your energy, will have more to come.

Getting back to basics the Sun is masculine and the Moon is feminine. With a Total Lunar Eclipse we would expect to hear news of an important woman in the world, and especially so if they have natal planets or Angles at or close to the Eclipse degree.

In other words Eclipses “sensitize” and inevitably then my thoughts go to the Queen whose horoscope I know so well as she’s one of my favourite teaching examples. With a Capricorn Ascendant she is ruled by Saturn (authority, work, duty), who sits at 24.27 Scorpio almost exactly conjunct her Midheaven (status/career) at 25.37 Scorpio.

Furthermore her Saturn is the focal point of a Fixed T-Square – being exactly square to her Mars/Jupiter conjunction at 21/22 Aquarius to one side and her Neptune at 22 Leo on the other side.

Transiting Saturn in Aquarius (ie where he is now) is currently triggering this T-Square, going backwards and forwards over her Mars/Jupiter in the 1st House of the physical body, which has clearly shown in the onset of mobility problems, opposing her Neptune and squaring natal Saturn. This Lunar Eclipse coincides with Solar aspects to Saturn and Neptune, again echoing her horoscope, and these two planets themselves come together by minor aspect at the beginning of next week.

And that’s a pretty good example of what I mean by Eclipses signaling events that are fated!

Until next week, take care, and here’s your retrograde Mercury survival kit,