Your Path of Good Fortune, Full Moon in Aries & The Art of Being You 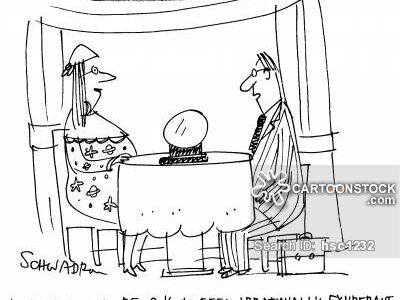 “A real decision is measured by the fact that you’ve taken a new action. If there’s no action, you haven’t truly decided.”

I can’t remember a time when Mercury and Jupiter both turned direct on the same day and it would take hours of page turning through the Ephemerides to find out if this has indeed ever happened. If you have this information please do let me know. But here we have these two turning points happening within 10 hours of each other so the week could hardly get off to a more optimistic start –

As with all astrology these turning points can work in several ways, such as reflecting the things that you find yourself thinking, doing and deciding at the time, or bringing in other people/ushering in the beginnings of new experiences that will prove to be especially important or, most commonly, signaling a time of finding answers for issues that have been bubbling away in the background, for at least the last few weeks but often longer.

So pay close attention to your turning points this week, especially in terms of what comes together naturally or decisions that are somehow suddenly easy to make or which are made for you. Some may no longer be necessary at all.

Back to basic principles and keywords, these are the themes at the top of the turnaround lists –

MERCURY is Hermes, Winged Messenger of the gods, and thus he rules communication and everything related to the spoken or written word –

JUPITER, king of the gods, known as the Greater Benefic –

To put the importance of this double act into further perspective Mercury is retrograde every four months – ie three times a year, and for three weeks at a time. What is not so well known is that Jupiter also follows a regular pattern as you’ll see from the grid below, turning retrograde every 13 months for four months at a time, and always backtracking 10 degrees.

Because Jupiter has a cycle of 12 years and there are 12 signs then each year’s retrograde moment falls in consecutive signs, but sometimes this can cross over the end degrees of one sign and the early degrees of the next (as has happened this year and will do next year too) –

As with all astrological aspects, natal or predictive, the smaller the “orb” – how far apart two planets are – the more weight it carries. So if you have planets or Angles in your own horoscope at 10 Libra/10 Aries or 22 Aquarius/22 Leo then the events linking to these turning points should be unmistakable, but if you have planets or Angles up to 5 degrees either side of these points then you may get showings of a less intense nature, or a matter may take longer to reach resolution.

But universally good news often goes hand in hand with any Mercury (news) Jupiter (benefic) combinations and the first thing I’m looking forwards to is better weather. As I reported last week our summer came to a screeching halt, temperatures plummeted, and massive thunderstorms (Jupiter rules thunderbolts) prompted text messages from the government warning us of extreme weather conditions and to secure our homes and gardens.

We’re used to having our Indian summer weather in October but we’ve been robbed of that! In this last week torrential rain has led to flooded rivers, roads, homes and businesses across Greece, including many of the same places only just recovering from the devastating summer wildfires. Late on Thursday a state of emergency was declared on Corfu, only 100 miles north of Lefkada, photos of submerged cars grimly summed up the retrograde Mercury “problems with transport”, so we’ve got off relatively lightly.

But this morning am looking at a blue sky, hurray, knowing that Jupiter has turned and Mercury is about to. Really looking forward to doing the readings based on these turning points that are booked in over the next few weeks, and the ones I’ve already done have had clear showings for the Mercury – Jupiter double act, such as job interviews (Mercury) for work abroad (Jupiter), selling a house incredibly quickly (the right buyer was already on the estate agent’s list) and getting poetry (Mercury) published (Jupiter).

Last week I posted the usual list of what to look out for when Mercury turns direct, in any sign, and one of the most important ones is –

This is showing as textbook stuff in my own life. Mercury turns around in my 11th House (friends, wider circle of contacts) and Jupiter turns around in my 3rd House (writing) opposite my 9th House Moon (publishing). I’ve got three books on the go and need to create the space to write them properly. I need this turning point!

Look out for the Sun signs of the relevant houses in your own chart, ie one friend already newly involved with my work is a Gemini (the sign that correlates naturally to the 3rd House) and the other who has popped up just this weekend is an Aquarian (the sign that correlates naturally to the 11th House). Also these are both air signs, the element missing in my own horoscope, so they’ve got what I haven’t, another ingredient for a winning team. These women are clearly showing as part of my journey along my path of good fortune and the benefits will be mutual – ie one has a new company so I’m a potential new client, the other is also a writer and says that getting excited about my work is inspirational for her own.

A special word for British-Iranian aid worker Nazanin Zaghari-Ratcliffe, who has lost an appeal against a second jail sentence in Iran. She’s clearly the key pawn in a political game so there are going to be no magic wands here, but keeping everything crossed for her and her family that true justice will prevail at least in terms of some truly effective legal intervention and keeping her out of jail, where she most definitely does not belong. Mercury (talk) Jupiter (legal) is a brilliant combo for campaigning for things like human rights.

The trend for the week is in keeping with the general theme of “things are shifting” as the action planet Mars aligns with Jupiter, less than 24 hours after the moment of switching direction, and then with Pluto who also turned direct 6 October –

Before we get too excited though let’s just note that Mars is still in Libra, one of his signs of detriment, and won’t move into his own sign of Scorpio until the end of the month. Libra is a Venus sign, ruling partnership, so Mars cannot forge ahead/go to war single mindedly in this sign. But it’s a brilliant combo for diplomacy and things can still get done in a spirit of cooperation or partnership. William and Kate both have this Mars, a clear showing for the working (Mars) marriage (Libra).

It’s also mixed blessings as Mars is re-invoking the symbolism of the Jupiter – Pluto alliance, a series of three minor aspects. Jupiter (12 year cycle) and Pluto (248 year cycle) are travelling one sign apart and both loop backwards and forwards for long periods of time, creating the bigger picture backdrop.

The first one was in April, the second one was last month and the third and final one will be at the end of November –

So some matters becoming important or even crucial now will still need another six weeks of patient work and attention. If these aspects are important for you personally they’ll link to anything that fits the “out with the old, in with the new” theme.

At a universal level, remember that last year the Jupiter (travel, freedom) Pluto (black holes) conjunction was a clear showing for the arrival of the pandemic and the collapse and near collapse of many airline companies. The most obvious showing in the world now is the control (Pluto) and resulting absence (Pluto) of education (Jupiter) and freedom (Jupiter) for the women of Afghanistan. My heart goes out to the girls who now have to stay home while their brothers continue to go to school. Devastating. We can only pray that the Taliban talk of girls schools, another headline this morning, will come good –

The Mars theme goes on as this month’s Full Moon falls in Aries, Mars’ masculine sign, and the Sun enters Scorpio at the weekend, which is Mars’s feminine sign, and Mars will follow next week 30 October –

I love the title of Steve Maraboli’s book (in the quotes at the top) Unapologetically You, as this fits the Aries message – sign of the individual and the power of the healthy ego. So here’s another quote from him that I’ve chosen because it also fits the positive side to the Jupiter/Pluto alliance. We hear this all the time, not fretting over the things we can’t control, but he goes one step further, to remind us of the real changes that happen when we focus on our own empowerment –

“Incredible change happens in your life when you decide to take control of what you do have power over, instead of craving control over what you don’t.”

So, be yourself. Stand up for yourself where necessary. Recognize or seek out your path of good fortune and live your own life, don’t get lost in other people’s lives, especially if you’re with someone who wants everything their own way at your expense. The Full Moon can be a time of fights and fury, and in fiery Aries look out for a clash of egos, but we’re not here to fix others, we’re all on our own journeys. And all empowerment starts with us and within us – not “out there”.

Honour your own talents, your dreams, your individuality, your uniqueness – be “self”ish no matter what other people might say. When we are happy and fulfilled we become the best possible version of ourselves, and we therefore automatically become of the best possible good for others.  This is in fact the opposite to selfishness, and there is literally no better time to do this than now,

A reminder of Mercury direct themes below,