From Aries to Taurus, Transitions & Paving the Way Forwards 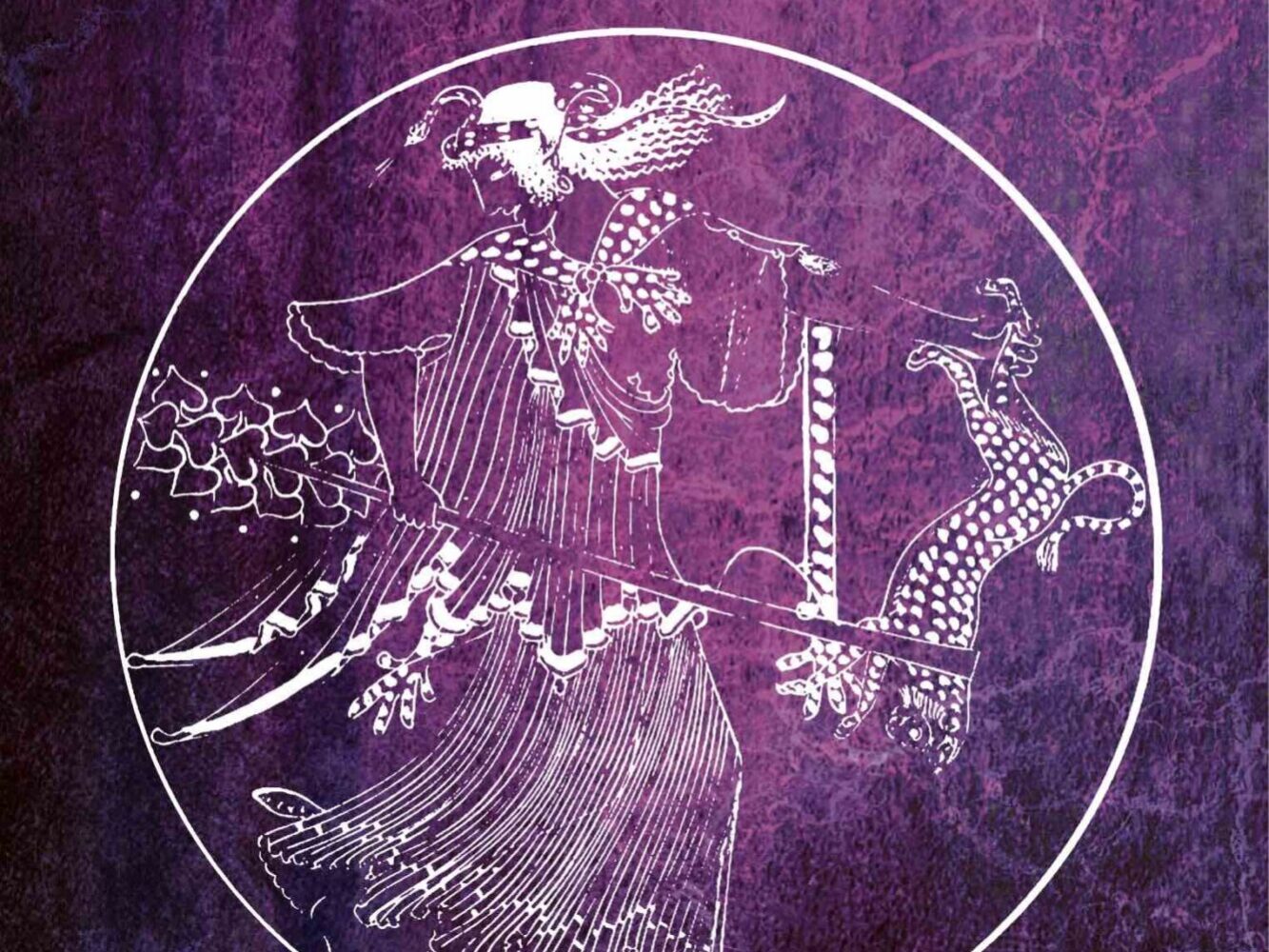 “Some people live more in 20 years than others do in 80. It’s not the time that matters, it’s the person.”

“Nature does not hurry, yet everything is accomplished.”

Lao Tzu – Chinese philosopher, believed to have lived in the 6th century BC

A CLARIFICATION – I think I managed to give the wrong idea in that mailing about the travel requirements if you’re vaccinated. Here’s that section again. It means that a valid vaccination is one that is at least two weeks old. If your primary vaccination is more than 9 months old then in addition you’ll need to show proof of your booster shot.

So with regard to travelling to Greece it’s now exactly the same as it’s been for the last two summers in terms of showing EITHER proof of vax OR proof of a negative test or recovery.

RETURNING TO THE UK

With regard to returning to the UK the good news is that there are no requirements. You don’t have to complete a Passenger Locator Form (PLF) for either flight as this is no longer required by the UK or by Greece. And you don’t have the cost or the hassle of repeating a PCR test prior to flying home. Hurray. 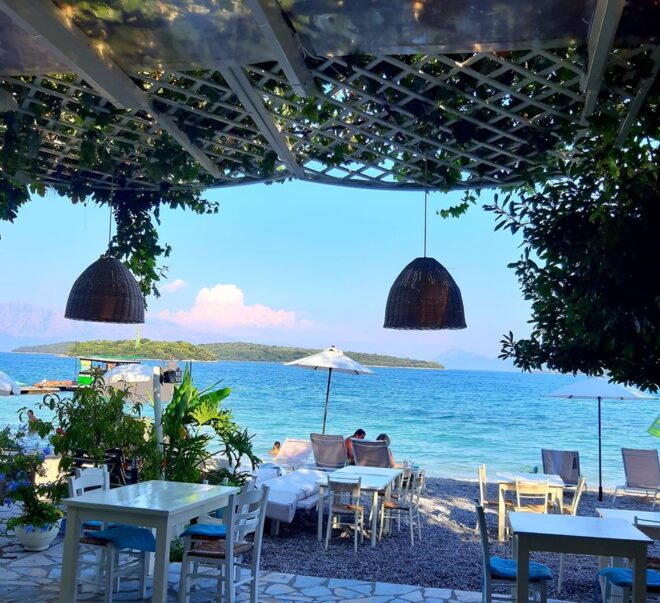 SORRY, NOW FULL – this has been the most popular course, but you can put your name down for next year as I’ll be repeating this course 8 June 2023

Like all people who are self employed I’m always busy, there’s always something waiting to be done, but the last few weeks have been a bit frenetic with one thing or another. Mostly that sits fine with me, I have a lot of fire, and the Aries energy (initiating, immediacy, do it now not next week) works especially well for me. I have a 1st House Sun which is known as an “accidental dignity” as in the natural sequence of things Aries belongs to the 1st House and in turn Aries is the Sun’s sign of exaltation. In other words, your Sun has accidental dignity if he’s in your 1st House, regardless of the sign.

I referred to this on the Spring Equinox, when the Sun entered Aries, and here’s the info again for the other planets. Applying the same rule, the other personal planets are in Accidental Dignity here, regardless of sign –

These placings can also show in synastry (astrological compatibility) so it’s a perfect fit that my friend and colleague Elisabeth Brooke is an Aries, running courses at the Summer School every year for the last five years, pandemic or no pandemic, she gets here and it all happens.

So Happy Solar Return to Elisabeth today – astro speak for Happy Birthday as your birthday is the day that the Sun returns to the exact degree/sign as when you were born. Which is why we say Many Happy Returns on birthdays – may the Sun return again and again, giving you many more years of life. The Greeks say the same thing “χρόνια πολλά” (chronia polla) which translates literally as “years many” only they say it for every single festive occasion.

Happy Solar Return also to David Tennant who’s one of my favourite actors and when I did a quick search for any quotes from him there weren’t that many but the one I chose (top of the blog) jumped off the page for me as quintessential Aries – the sign that rules the self, the individual, Mars ruled and associated with packing in lots of life into our limited time.

Interestingly he has loads going on in his horoscope – and therefore in his life – with once in a lifetime Pluto transits of conjunct his Moon 27 Capricorn/square Sun 27 Aries, his Chiron Return (once every 51 years) and Saturn moving onto his Descendant (once every 29/30 years), the super sensitive Angle marking the beginning to the 7th House of marriage or any kind of partnership. He has a natal Jupiter – Neptune conjunction in Sag, and last week’s rare (every 13 years) conjunction of those two planets fell exactly conjunct his Venus at 24 Pisces. Would love to have him as a client!

And couldn’t help but smile when Aries Piers Morgan popped up in the news this morning. No time of birth for him but I’d put money on a Scorpio “comeback kid” Ascendant, the other Mars sign, but regardless of that speculation you can’t keep an Aries down for long.

He’s hugely controversial, shown in the tightest aspect of his chart of Mars exactly conjunct rebellious Uranus at 11 Virgo. Love him or hate him, here is a guy who really doesn’t care what others think of him, something a lot of us secretly aspire to? He left Good Morning Britain a year ago when he refused to apologise for his “I don’t believe a word she said” comment about Meghan’s interview with Oprah Winfrey, but is now launching his new TV show Piers Morgan Uncensored. Jupiter (rules media and publishing) now in Pisces has been busy in his chart as he has 6 planets on the Virgo – Pisces polarity.

Today we have the Sun’s last aspect while in Aries, the square to Pluto, who in turn is also about finality. If something falls through for you it’s definitely time to take a different approach. In the early hours of Wednesday the Sun will move into Taurus and generally this is a lovely time for watching that transition from frenetic energy (the Aries urgency/the doing of Mars) to the more sensual (the earthy Taurus link to the senses/nature and the Venusian pleasures of being).

Consecutive signs work as opposites in terms of their basic principles. Aries is fast, Taurus hates to be rushed. Time to slow down, let things unfold. Watch the seeds that you’ve sown start coming to life. Start paving the way to a plan or a dream or simply to what you want an outcome to be.

I just love that quote above about how nature doesn’t hurry yet everything gets accomplished. Reminded me so much of my Taurean friend Kim Bennett (who runs Serenity Retreat here on Lefkada, https://www.serenityretreat.co.uk/ ) who said to me in the middle of the worst crisis of my life 6 years ago, “Things get done.” She was so right.

HOW LONG DO ASPECTS LAST FOR?

When an aspect is in the making – in the process of becoming exact – this is called an “applying” aspect. In other words, an aspect is formed when a fast moving planet catches up with one that is slower moving, whether it’s by conjunction, square and so on. Once that aspect becomes exact the faster moving planet moves on ahead, leaving the slower one behind. This is called a “separating” aspect.

Applying aspects are more powerful and the correlating events can therefore show during the few days ahead or bang on the day. Tragically last week on Tuesday’s huge Jupiter – Neptune conjunction this was illustrated with devastating flooding and tropical storms in the Philippines and South Africa.

Once an aspect starts to separate it’s moving past its sell by date, but it still counts, making its presence felt, often for a long time when the slow moving bigger planets are involved. We’re seeing this now with the Jupiter – Neptune in the massive cleanup operations and the colossal outpourings of grief.

When the faster moving “personal” planets are the ones making the aspect (Sun, Mercury, Venus, Mars) then the lifetime of an aspect is much shorter, but can still last a few days either side. I mention this particularly this week because our week started with the dance between Mercury, Venus and Uranus that was enacted in the early hours of this morning.

So strictly speaking these are now separating aspects but It’s a significant lineup as these are Mercury’s first aspects since arriving in Taurus a week ago, the conjunction with Uranus is only once a year, and it coincided with Venus also arriving at 13 degrees of Pisces, her sign of exaltation.

As an outer planet Uranus is a double-sided coin, but one of his top keywords is suddenness. Under the huge umbrella of that word we have everything from shocks that pull the rug from under your feet to surprises and spontaneity of the exciting kind.   Any Mercury – Venus combinations generally point to good news, helpful info or conversations that bring insights or which enable decisions, contact from someone important to you.

Putting that lot together we can expect to see those themes playing out for at least a couple more days. I had several pieces of news over the weekend that were “Oh!” or “Ooh!” or “Phew!” moments. They included the safe arrival of a baby for a friend who’d previously had miscarriages.

Mercury continues to be the main player this week, again with important aspects as he’s picking up Saturn and then playing into the separating Jupiter – Neptune conjunction, the aspect to Jupiter coming in the middle of next week –

In this way the implications of the big aspects, in this case the Jupiter – Neptune, are kept going and are re-invoked. Look out for links or further developments in connection to anything that was important at the beginning of last week. This might include following up sources of information, fact checking or trouble shooting, assessing practicalities or insisting on “get real” conversations. Remember that earthy Taurus rules safety, security and money as well as pleasures.

Next week is going to bring some major astrology – the annual Venus – Neptune conjunction, followed by the Mercury link to Jupiter which in turn coincides with the lovely annual Venus – Jupiter conjunction on Venus’ “degree of exaltation” 27 Pisces, which in turn coincides with the Solar Eclipse at 10 Taurus and Mercury changing sign. More on all of this next time,