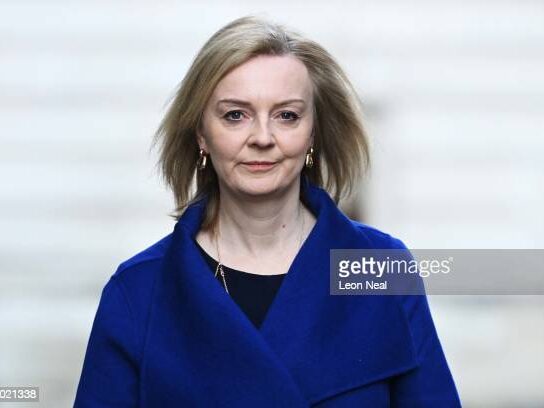 “In Africa, there is a concept known as “Ubuntu” – the profound sense that we are human only through the humanity of others; that if we are to accomplish anything in this world it will in equal measure be due to the work and achievements of others.”

“When troubles come, they come not single spies but in battalions.”

Apologies for the late blog and which will be brief, and I’ll share the why with you here. Last week I wrote that the Sun and Venus are travelling side by side, in readiness for their exact conjunction this week at the end of Libra, but ….

… both will have to struggle past the quinqunx to Uranus (5 signs apart, minor aspect but a notorious blind spot to an unpredictable planet) and the trine to Saturn (4 signs apart, major aspect, harmonious but it’s still taskmaster Saturn).

In other words the joys and blessings of the Sun – Venus union lie in wait but first they’re re-invoking the big square (Saturn – Uranus) so it’s an obstacle course to get there. For some of us unfolding events will have long roots stretching back into the near or even further back past, or the choices we now want to make may disrupt other parts of our lives or may not sit easily with others. Pay special attention if you have planets at 18 degrees of the signs mentioned, or a Sun – Venus natal conjunction in any sign.

In my own horoscope I have a Grand Cross of planets at 16 – 18 degrees of the Fixed Signs, and I have a natal Sun – Venus conjunction.  So both Saturn and Uranus are working their way through the Grand Cross, and Saturn is stationing opposite my 9th House Moon. This was never going to be easy.

FINDING OTHERS IN YOUR CHART

Your horoscope is you, and everything about you, but it’s also everyone else in your world. Anyone or anything that is significant in your life can be located in your own chart. The current activity picked up my Mars (which works for both my 6th and 7th House issues) and the 6th is where we locate pets. My one remaining ancient cat went to the vet as an emergency, I thought that was it, but after an anguishing weekend in hospital she came home on Monday, on her 9th life. I couldn’t go and get her myself, or find the focus to write, because I had food poisoning.

This was all hard on the heels of the big event, the devastating news that my beautiful cousin Helen had died. Helen was in many ways a kindred spirit as she was the only other person in our family to make a life for herself in another country, in Italy. In my chart then she is clearly located in my Moon (women) in my 9th House (abroad). Helen was also a twin. Regular readers will know that the biggest tragedy in my life was losing my own twin sister Sue to a brain tumour nearly 6 years ago.

Helen had breast cancer 16 years ago. I vividly remember my aunt telling me that the mammogram had revealed nothing but Helen, with her highly developed intuition, knew that something was wrong and sought a second opinion. Not only was she right, she was diagnosed with the most virulent form of breast cancer that you can get.

Treatment at that time saved her life but 16 years later she developed secondaries, bone cancer and in the end, a brain tumour. The Uranus shock factor for me included the fact that I didn’t even know that she had fallen ill again and I’m still piecing together what happened. Tragically Helen died on her birthday, double heartbreak for her twin Cathy, and as you can imagine all kinds of emotional triggers for my own story.

Every astrologer at some point in their career will have the experience of someone saying  to them something along the lines of, well you must have seen that coming. There’s even sometimes an expectation that an astrologer shouldn’t have any problems!

But astrology actually works the other way around. I was and am aware of course of the heavy transits triggering my own stressful natal configurations, I was being extra vigilant with my animals, I was even bracing for some bad news. But astrology is not clairvoyance. It’s only when our story actually unfolds that we clearly see the details in our own astrological picture.

In other words the story comes first, the astrology reflects it. Astrology is not causal, the planets don’t MAKE things happen, they mirror back to us what IS happening. In that way the heavens become our frame of reference, revealing to us again and again that there’s something bigger than us at work. I personally find comfort in that, even when or maybe especially when that “something” is a heavy loss.

This blog is read mostly by women. To honour Helen’s memory I know she would want me to urge you to book your breast checkups, and I know Cathy would want this too. I’ve just booked my own.

WHAT’S HAPPENING THE REST OF THIS WEEK?

Quite a lot, and it’s mostly packed into the weekend – here’s the “at a glance” list of aspects and features now dominating our skies –

Mercury has now also reached 18 degrees of Libra – where Venus was last week – so it’s now his turn to repeat the difficult aspects to Uranus and Saturn, again re-invoking that big square. In other words we can’t really take these aspects separately, or lightly, and the best laid plans or decisions could either bring more work than expected or go haywire.

Don’t try to rush anything, especially as these aspects coincide with Saturn turning direct, having been retrograde since 4 June. So Saturn is now SD – Stationary Direct – marking the turning point for the better, taking his foot off the huge cosmic brakes but will nevertheless take a long time to pick up speed. Again, if you have planets at or very close to 18 degrees of Aquarius, the opposite sign of Leo or the other Fixed signs of Taurus – Scorpio, this will be an especially relevant time for you.

Likewise if you have a natal Mercury in aspect to Saturn or Uranus. Pay close attention to events now unfolding, at how matters seem to be conspiring to point you in the right direction or even at how decisions are being made for you. Liz Truss has a Mercury – Saturn conjunction in Cancer.

As noted last week the Sun and Venus have been travelling side by side and they now make an exact conjunction this coming weekend, at 29 Libra. This is a beautiful aspect that we see approx every 10 months, the last one was at 18 Capricorn 9 January.

Sun – Venus combinations highlight love, money, girlfriends, children and life’s pleasures. Note that this one falls at the very end of Libra, and that both move on into the next sign of Scorpio the following morning.

We are therefore also looking at the presence of what are called Critical Degrees – 0 degrees signals beginnings, 29 degrees signal the opposite, either endings OR conclusions/destinations of some kind. Either way this is in my view an extremely sensitive picture, underlined by Venus and the Sun both picking up the blind spot quinqunx aspect to Jupiter as their first date on their new journey.

Certainly it’s a time to enjoy some lovely moments, especially if you’ve been having a hard time lately, and I know a lot of people who have. Alongside that though there are other rumblings going on, and the top advice would be not to ignore any kind of misgivings or doubts. If you think that there’s something missing or that you’re not being told the whole story then you’re almost certainly right.

Next week starts with the New Moon in the early degrees of Scorpio that is also a Solar Eclipse so, in terms of those tipping points for endings/beginnings, shadows falling and then lifting to reveal new landscapes, the conditions are pretty textbook. Liz Truss’ horoscope is a prime example and my write up follows.

In the meantime we’re on the home stretch of the Sun through Libra, sign of the Scales which is not just about justice or indecision but primarily about collaboration, hence the quote from Nelson Mandela at the top of the blog. As I wrote last week the Scales are the symbol of partnership, showing our quest for balance and equality, and how what one person does automatically affects their other half. The concept of Ubuntu reminds us that this works not just between two people but between all of us.

Eclipses are also notorious for sorting out winners and losers in terms of one person’s fall being another person’s rise. As already noted Liz Truss has a natal Mercury – Saturn conjunction which indicates that this week’s picture is especially relevant for her, and it’s a hugely sensitive part of her horoscope, being the “outlet” to a T-Square. This aspect pattern in her chart is formed by Jupiter conjunct Chiron in Aries both opposite Uranus in Libra, and all of them in turn squaring the Mercury – Saturn.

Could her fall be as sudden as her rise? She also has her natal Mars at approx 17.30 Taurus. Could be a third of a degree difference either way depending on time of birth, which is unknown, but if we assume this position as being about right we can see that she’s heading for the second of a string of 3 Uranus transits – ie the moments when Uranus reaches the same position.

The first one was June, the second one is now/imminent at around 25 October and the third and final one will be next April. So often it’s the middle of these long three-legged transits that bring the correlating life events, as I’ve just been reminded of in my own story, or any kind of drama can reach a critical point.

Liz Truss has her Sun at approx 3 degrees of Leo, so in square to the looming Eclipse that will also fall on 25 October. Regardless of our own politics or of what we think of her, this is a woman in a great deal of trouble with thousands baying for her blood. What started as a personal success story is now unravelling, which made me think of the quote from Hamlet this week, as Claudius watches his life collapsing around him.

Her early mistakes – I’m no economist but baffling that she could have been so misguided – mean that she hasn’t had, and probably now will never have, the chance to show that she’s up to the job or not. Either way, this kind of astrology suggests the heart of the crisis, and it’s hard to see how she can survive it. The stress must be overwhelming and I hope she’s taking her blood pressure – Leo rules the heart. Nobody welcomes failure or humiliation but, for a proud centre stage Leo, it’s especially devastating. The storm breaking around her is the Saturn – Uranus square in all its glory, the chaos and the disruption of a nation.  But there’s always a human story at the heart of all troubles. Pay close attention to those around you who may be in embattled positions, and hold on to your compassion.