Making Time and Acceptance Work for You, Mars & Mercury’s Do’s and Don’ts 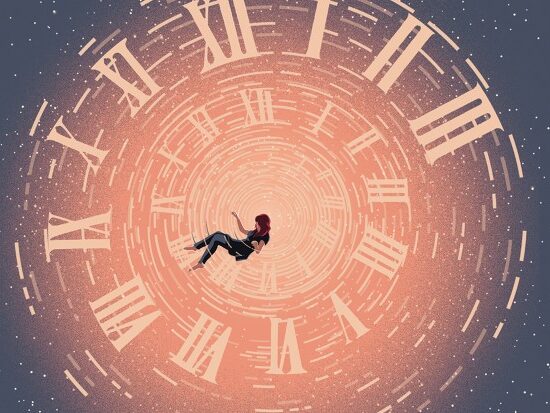 “Accept – then act. Whatever the present moment contains, accept it as if you had chosen it. Always work with it, not against it … this will miraculously transform your whole life.”

“We do not create our destiny; we participate in its unfolding.”

Mercury dominates the entire week, firstly by turning direct after being retrograde for the last three weeks (this planet has a retrograde cycle approx every three months for three weeks at a time) and in itself this is Good News. The general theme at these times is always Mercury getting back to his office, closed sign flipped to open, ready to start talking and problem solving again.

This turning point however is not quite so straightforward, as it also coincides with closing a cycle that started about six weeks ago. Events that started to unfold around that time, or decisions that were made or not made, are now revealing their full significance and consequences. This is because Mercury’s long backward loop through the heavens means that the square (challenging aspect) to Saturn (all serious issues, including all things connected to boundaries, obstacles, delays) six weeks ago wasn’t a “one-off”.

Mercury retrograded – came back – to square up to Saturn a second time just yesterday (Sunday), just two days before switching direction (tomorrow). As Mercury is stationing (seeming to stop before starting to move forwards again) at 26 Libra, he then makes the third and final square to Saturn three days later. In other words, Mercury is squaring up to Saturn all week, with the exact contacts being either side of the turning point. It’s like getting a car out of a very tight parking space! Here’s the timeline –

To put the whole Mercury sequence in perspective here’s the full journey, starting with the first Mercury – Saturn square in the third week of September –

As I said recently, when you consider that Mercury at full speed can whizz through a whole sign in about two weeks this gives you an idea of how drawn out his retrograde phases really are. It’s the long and winding road that plays havoc with day to day life as well as the most carefully laid plans, it can be a time of unraveling and of having to deal with matters beyond our control or often not of our own making. Like lockdowns.

If the world were run astrologically (!!) it would have made sense to impose tough lockdowns when this sequence started. Yesterday Laura Kuenssberg, political editor of the BBC, wrote –

“Boris Johnson cannot say for a second that he was not warned. More than six weeks ago, not just the opposition, but some of Mr Johnson’s own ministers, and some of his own advisers were pushing for another limited lockdown to try to slow the spread of the disease. Conversations were active in government by the third week in September about the possibility of taking national action as the second wave was developing, potentially in a more serious way than the scale of the pandemic in the spring.”

So for many people throughout Europe and other places in the world this is going to be a tough week in terms of yet more restrictions that have been made worse through government (Saturn) delays (squares). Just as Mercury should be making the turn for the better this winged messenger of the gods has his wings clipped again. The picture probably won’t change significantly until Mercury comes out of shadow. That won’t be until 19 November (the last point on the list above) which in turn will be a week after the third and final Jupiter – Pluto conjunction (first one was 4 April, second was 30 June) which was always going to be a hugely important moment in the bigger picture, and I’ll be talking more about this next week.

Any Mercury – Saturn combinations, especially by square, are unfortunately textbook indications of bad news, difficulties, disappointments, roadblocks or – in the light of Mercury going direct in such conditions – false starts. Yesterday, as the second Mercury – Saturn square was in action and I was writing this blog, all kinds of messages and emails were coming in. The issues ranged from annoying to devastating. One friend found out that clothes she’d ordered six weeks ago never arrived because it was a bogus online company. She didn’t spend a fortune but in terms of her income it was a lot of money and she’ll never get it back. Another was dealing with the silence of a boyfriend who’d said he needed space to sort out difficult personal issues and then gone totally silent, after months of everything seemingly going incredibly well. Another learned that planning permission had gone through for building work, a new property going up just 20 meters from her living room in a rural idyll, and the chainsaws were already at work to clear the land. Months of mess, noise and disruption lie ahead. Other news included health problems, the depressing moment of acknowledging lockdown weight gain and eating habits totally off track, the frustrations of not being able to travel or meet new people – and so on. And I’m not just picking out the bad news items for you either, there weren’t any good ones!

Nearly all of the stories above are backed up by other astrological pictures, some quite tough, in the natal charts of the individuals. But it was on the Mercury – Saturn square yesterday that many of the details were confirmed or feelings crystallized, regardless of whether the person had planets or Angles at 26 degrees of the cardinal signs (Aries, Cancer, Libra, Capricorn). Which just goes to show that weekly aspects do work and show at a universal level as well as at a particular one, ie in your own chart.

Saturn is such a major planet. He gets bad press, such as the subjects mentioned so far – delays, blocks, denial, restriction, misery etc – so it’s often all too easy to forget his good side. Discipline, reliability, getting constructive, staying real, making commitments, taking responsibility are all on the list for this serious grown up of the heavens. Saturn is also Lord of Karma, and he’s Lord of Time. When he’s making his presence felt in such a tough way – and arguably has been doing all year as this whole pandemic started on the once every 34 years Saturn – Pluto conjunction – we’re reminded that we’re all connected. And that we can’t turn back the clock, no matter how desperately we might wish to do so. Which leads me to acceptance – the main theme of this coming week.

What is acceptance? Let’s start by naming what it isn’t. The word has implications of “just put up with it”, or even that we should be door mats, such as being the passive recipients of other people’s bad behavior. After all, if we accept, say, a situation in which we’re being mistreated, doesn’t that mean that we’re saying it’s okay? But real acceptance is linked to something far more proactive rather than staying in any kind of victim role. Accepting someone’s bad behavior is not the same as saying that it’s okay, just as understanding why someone behaves as they do doesn’t make it okay.

There’s obviously a wide scale of issues and situations up for consideration here but the central point is, as Eckhart Tolle says in the quote at the top of this blog, to work with a situation and never against it. Decide to be in that space, whatever it is, to experience something or someone in all its glorious or not so glorious reality. How to act should then become clearer. I also agree with David Richo that we don’t in fact create our own destiny. I’ve done too many horoscopes over the last 35 years to argue with this idea. Our destiny is created for us, it’s our job to engage with it. If this were not the case it would be impossible to “retrodict” (opposite to predict) with someone’s horoscope to pick out life events that have already happened and brought us to where we are now.

Mars still Retrograde – but Warming up …

Mars, god of war and planet of action, has been very quiet in recent weeks. This planet has a 2 year cycle so normally changes sign once every 2 months but has been retrograde in his own sign of Aries since 9 September. This translates into staying in the fire sign of Aries for about 6 months instead of two. His last aspects were the middle of three squares to Pluto (9 October) and to Jupiter (19 October). The third and final squares are therefore yet to come in Dec/Jan.

For now the most important point is that Mars is already “stationing”, getting ready to turn direct next week (in the early hours of next Saturday 14th) and will start the week in opposition to Venus. So the love planets are travelling towards something of a standoff, more on that next time. For now it feels as if next week will be far more productive and results orientated than this one, ie Mercury will have struggled past Saturn, and only then can we really say that he’ll be on his direct journey, and Mars will be revving the engine.

But this week is great for paving the way and as both of these planets get back to business I’ll leave you with some do’s and don’ts, and the themes to look out for –

We say that time flies, the Greeks say “time runs away like water”. Even if you don’t feel this at the moment it may not be long before we look back and realize that we could’ve used our time in better ways, especially if you’ve been clockwatching. Plan in immediately at least one thing that you absolutely love doing and can still do regardless of whatever restrictions you’re up against – life is to be enjoyed, not endured!