Mercury – Venus Moments, The Nature of Change & a Crazier than usual Full Moon 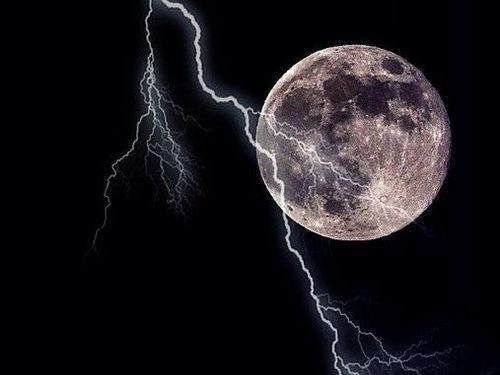 Tony Robbins – American motivational speaker and author of self-help books, including Unlimited Power and Awaken the Giant Within

“The greatest pleasure in life is doing what people say you cannot do.”

Walter Bagehot – 3 February 1826, was a British journalist, businessman and essayist

We spend this week travelling towards the Full Moon at the weekend, slap bang opposite Uranus, planet of the unexpected. The bottom line is to make no assumptions, especially as Mercury is still retrograde, and is still caught up in a series of repeating aspects to both Uranus and Saturn. Mars is also still retrograde (until 14 November) so the overall feel is somewhat rocky or it may seem as if everything is just too much like hard work. An undeniable part of this picture is the fact that the second waves of Covid are highlighting issues of isolation and fear, as well as playing havoc with daily life.  In a world with a population of 8 billion it’s utter madness that so many should struggle with feeling alone, but such is the human condition, even without a pandemic.

In that respect the first event of the week is good news, Mercury’s reversal back into Libra, which temporarily (until 10 November) takes Mercury out of the mute sign of Scorpio and into the sign of relating. Yes, the sign of The Scales indicates prevarication, the constant weighing up of pros and cons, but ultimately this is a symbol of partnership, how what one side does automatically affects the other. All the air signs love to talk and this is a window of opportunity if you need to deal with anything, or anyone, that has fallen asleep on you –

This is an interesting picture as within the space of 7 minutes Mercury changes sign (entering at the end of the sign, 29 Libra), and makes the minor aspect (exactly one sign apart) to Venus at the end of Virgo, just before Venus herself changes sign (starting at the beginning of the sign 0 Libra). This is by no means a full story or a picture of resolutions, but it is a picture of connections or reconnections, renegotiation, helpful information or conversations, with love or money issues at the top of the list.  Mercury – Venus combinations are always helpful, even when Mercury is retrograde, so pay close attention to what unfolds for you Tuesday evening and Wednesday morning. (Obviously adjust that if you’re outside of Europe.)

Mercury will turn direct in Libra next Tuesday so there’s still a week to go of the “going back” themes and revisiting ideas, issues or dilemmas. In other words, things that started but stopped a few weeks ago could be up for more discussion or developments. The minor aspect between these two planets in this tight formation indicates a somewhat tentative mood, but it holds clues, and Venus starting on her journey through her own sign is also a positive factor. Test the water, make your feelings or wishes known, but don’t assume it’s the final version.

Mercury’s current retrograde cycle, the backwards loop through the heavens, is flagging up question marks, obstacles or things that are unusually time consuming or complicated because it means that major aspects to the slower moving planets are happening three times instead of once. Last week we talked about the Mercury – Uranus opposition –

This week it’s Saturn in the news. At the end of this week, the day after the Full Moon, Mercury makes the middle square to Saturn –

So, take the longer view! If you expect something to be done and dusted quickly, or if you charge forwards without factoring in other people’s feelings or situations, you could easily come unstuck. Stay flexible rather than getting frustrated and have plan B tucked up your sleeve.

THE NATURE OF CHANGE & THE FULL MOON

In some ways we could say that “change” is the one thing that’s with us at all times. Often it’s change of an imperceptible nature, the things that happen so slowly that they’re hardly visible, they just creep up on us and hang around until we notice them. Like ageing. Where did those grey hairs come from? I’m sure I didn’t have that wrinkle yesterday! That’s Saturn, Lord of Time. Things like the “five year plan” or projects taken on with distant deadlines are also Saturn. He rules commitment, responsibility, the long haul and serious ambition.

Or we wake up one morning with a brainwave, one of those light bulb moments that presents us with an answer that we can act on immediately and with great excitement. Or we wake up and realize with a shock that we’re not in love anymore, that we have to quit our job, that we’ve changed our minds about something, that we have to act on that “last chance” feeling – and so on. Or our partner tells us that he/she is not in love anymore, they have to quit their job, they’ve changed their minds … and so on.

Either way around, announcing or receiving, bombshell news is Uranus. Such things appear to be out of the blue but may of course actually be the result of insidious change that we’ve either been ignoring or denying, consciously or unconsciously. But Uranus is nevertheless all about the moment that the penny drops, or the rug is pulled, or someone new sweeps in, and life changes forever.

Throw into the mix that Full Moons are known for things coming full circle and coming to light, and also for lunacy (lunar), and that this weekend’s Full Moon falls exactly opposite X factor Uranus on Halloween, and it’s a brave astrologer that would make any firm predictions –

When I was 25 I woke up one morning in the new house that I’d just bought. I had a job and a relationship and had thought that I wanted all the traditional things, with possible marriage and babies in sight. I opened my eyes that morning and thought, I’m moving to London. I knew without one shred of doubt that it was what I had to do. Within weeks of that moment I’d left the job, ditched the stunned boyfriend, handed my cats over to my brother (the only thing that made me cry) packed up and gone. That, as I later discovered, was a major Uranus transit, over my Sun/Venus in Sagittarius. One of the things I did when I got to London was to start studying astrology seriously so no need to ask me if I thought I’d made the right decision.

Uranus has an 84 year cycle so if we are fortunate enough to live to see our 84th birthday that is when we experience our Uranus Return. More importantly though in his lap around our horoscope Uranus crosses over (transits) all our other natal planets and Angles, so it’s safe to say that Uranus transits are “one offs”. Uranus is currently about a third of his way through Taurus (until 2026, last time in this sign was 1934 to 1942) and it’s not the easiest of combinations. In modern day thinking Uranus is considered to be “exalted” in the opposite sign of Scorpio, therefore Taurus can be considered as this planet’s sign of “fall”, ie most difficult sign. Comparing the description of the essence of each, it’s easy to see why –

Now add all of this to the nature of Taurus –

The combination of Uranus in Taurus is therefore a mismatch, to put it mildly. Images of things like dynamite come to mind. We’re living through one of the biggest periods of change in our history, the change that has been thrust upon the whole planet in the shape of a pandemic, and it doesn’t get more bombshell like than that. The impact on worldwide economies and personal incomes has been devastating.

But back to personal issues it’s arguably even more important these days to keep your own plans and desires alive and kicking. This Full Moon also falls just 3 days before Mercury turns direct, which means that Mercury will be “stationary direct” – ie less than one degree away from the position at which he’ll end the backwards loop and switch back to direct motion. Awakening and decision are therefore definitely part of this ongoing process, especially if you have planets or Angles at or close to 8 degrees of Taurus/Scorpio, or 26 Capricorn/Cancer.

For many “virus fatigue” is kicking in, and this has been reported in the news in its negative sense, that people are so fed up of the pandemic that they’ve started ignoring the safety rules. My own feeling about the current astrology in this context is that we can use this fatigue in a far more constructive or dynamic way. If nothing else the pandemic reminds us that life and time are precious, that we can never know when we might run out of either.

Look again at the Tony Robbins’ quote at the top of this blog. I chose this because of his use of the word “divorce” (Uranus), which shows clearly in his own horoscope as he has Moon Aries trine Uranus in Leo, and also Venus his chart ruler opposite Uranus. He’s famous for knowing how to break the moulds of old patterns in thinking or behavior. Which old patterns of your own do you need to break, which ones no longer serve you? From what or whom do you need to split?

I chose the second quote of the week because of the rebellion theme. Many big achievers have the support and belief of family behind them – but many don’t. This is a theme close to my heart as my heartbreakingly missed twin sister Sue believed in me and my work with an unflagging faith that was beyond touching, but I came up against a huge amount of skepticism at worst, doubt at best, from others in general. I have Moon conjunct Uranus in my own horoscope and if I hadn’t followed my gut instincts to leave everything behind to go to London, and then to Greece 25 years ago, I doubt very much if would have my astrology career that I now have. And I can definitely vouch for that wonderful feeling of succeeding at something that others said would never happen.

Our life changes don’t always have to be of a dramatic nature, like emigrating! But the point is that giving too much power to what others think or might think is possibly one of the biggest limitations we can ever impose upon ourselves. Events around this coming Full Moon seem designed to prove the point, as well as no doubt bringing all kinds of other eyebrow raising moments, but find your footholds and stick to what you know is right for you.

I’ll leave you with some other “change” quotes that I posted last year, but which are definitely worth a re-read –