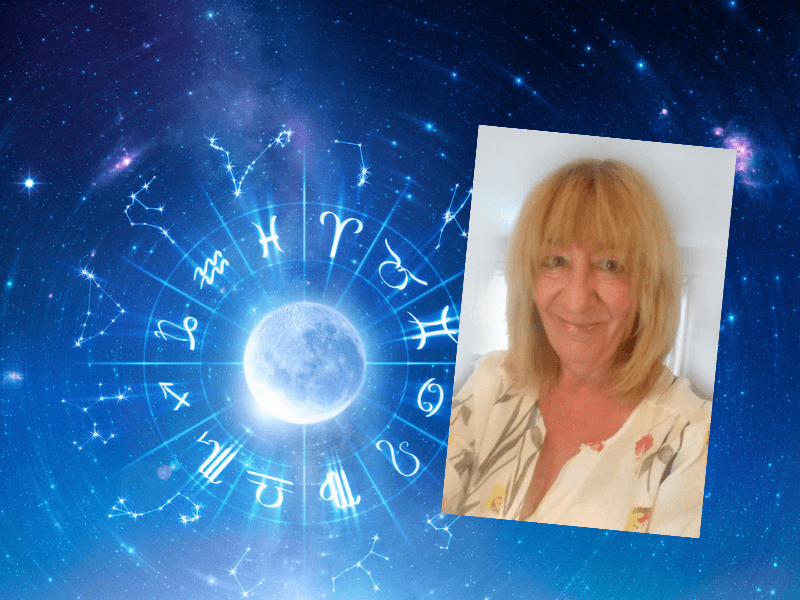 “When nothing is sure, everything is possible.”

I don’t think I’ve ever heard so many retrograde Mercury stories as I have on this cycle. Another 9 days to go …. in the meantime the top story of this “problems with communication and transport” 3 week period goes to my friend (a Scorpio) who cancelled an appointment at the last minute … because she couldn’t find her car. Later in the day it was located, outside the police station, amongst the police cars. She took in her ID, they checked it, gave her the key but asked her why she’d parked it there?  She said, I didn’t! They said they didn’t either, and there’s no record or indication of who did.

Apart from the fact that this was obviously massively inconvenient the astrology verges on the hilarious. Car issues are nearly always top of retrograde Mercury’s hit list anyway, Scorpio is the sign of mystery and secrets, and is also the sleuth of the zodiac, ruling detective work of all kinds. And there was the car at the police station but with no explanation. The plot thickens.

Do you feel as if you’ve got the lead role in your own mystery story? If you feel as if more than the average number of things are going wrong or that someone/something is simply beyond your understanding, you’re not alone. If you’re dealing with complex problems, seemingly impossible decision making of any kind or unfathomable emotional or relationship issues, you have plenty of company there too. As I said last week we have to dig deep at the moment to reach answers or understanding. The alternative to this is to fall out with someone or to miss an opportunity for personal or relational growth, but wrapped up in this is the deeper point about who or what in your life warrants this kind of effort. I’ve heard several stories this last week along the lines of a difficult relationship delivering another kick in the teeth just at the moment when it seemed to be offering a chance for more closeness or a more authentic connection. The work of awareness has to happen on both sides or the relationship just returns to its default position.

With Mercury backtracking through the deep dark waters of Scorpio there’s definitely a theme here of maybe not finding answers at all. Like the car story, maybe we will never know! There’s a lot of pressure these days to understand and heal everything – every day on Facebook for instance there’s some instruction about how to sort out our lives and loves, or how to approach everything from an idyllically spiritual position, which generally only adds to our feelings of inadequacy. I like to follow people like Anita Moorjani as she keeps things real. Last week she posted on Instagram, “give yourself a hug, you’re only human.”

Some things do just sink to the bottom of muddy ponds, where they’re probably best left undisturbed. Our ability to tolerate ambiguity, ie being aware that something could go either way, to live with nagging uncertainty, to know that we don’t know – all of which might sound odd coming from an astrologer, the one who is “supposed to know” – all of these are hallmarks of emotional maturity and the opposite to anxiety. If you want an illustration of that just watch a movie with a child. There’ll be a running commentary of questions – what’s going to happen, what are they doing, why are they doing it etc. The child seeks to create a world that is totally predictable.

So there are some things that we may never know, some things we are not supposed to know, but some things we will know when Mercury turns direct (the 20th). Over the coming week be aware that there will almost certainly be things bubbling under the surface or taking shape behind the scenes.

A Light in the Dark

So, bearing in mind the proviso that some matters or relationships merit your closest attention and some don’t, the beginning of this week may not be about final answers but it may bring some pointers in terms of our current decisions, problem solving, information gathering or things coming to light. Whenever Mercury is in a retrograde period there’s always an exact conjunction with the Sun somewhere roughly in the middle. This is when Mercury is said to be “cazimi” – when he’s conjunct the Sun to within 17 minutes of arc (ie just over a quarter of a degree) and therefore in “the heart of the Sun”.

The symbolism of this is about Mercury drawing strength from that heat instead of being burned up by it. It’s a window of opportunity – it doesn’t last long! – but it’s the stuff of light bulb moments, vital information or having the chance to get your point across exactly in the right way and at the right time. In that hot spot is a golden nugget of truth or a lifeline of help.

This cazimi happens at exactly 18 degrees and 56 minutes of Scorpio (ie minutes being divisions of a degree, not the hour). It lasts from approximately 12.30 to 6.30pm GMT today (Monday), so look out for that Mercury moment, especially things that shine a light into your understanding, help you to make a decision, negotiate a deal or find the right words to get an important conversation started.

The other helpful bit is that this Sun – Mercury get together falls at 19 Scorpio which is the degree of a Fixed Star called the North Scale. Fixed Stars are just that – they’re fixed, they don’t have orbits and cycles like the planets – and there are hundreds of them. But some are better known than others which includes the North Scale.

All Fixed Stars have “natures” of the other planets. The North Scale is of the nature of Mercury and Jupiter, a textbook combination for good news, and it denotes good fortune, honour and happiness. If you have planets or angles at 19 Scorpio then today (Monday) is a day to pay close attention to what unfolds for you, who plays an important role or what information comes your way that could make a big difference.

On this occasion the Sun – Mercury conjunction is followed less than 24 hours later by the Full Moon, another event that speaks of illumination –

Full Moons happen when the Moon is exactly opposite the Sun, and therefore receiving all the light of the Sun to reveal her full shape. As my colleague Elisabeth Brooke writes they are therefore also about the alignment of opposites –

Earth and water are chilly elements and both have a tendency to sink and settle, they dislike the energy of fire and the chatter of air. In any Full Moon the Sun takes the lead -here in Scorpio – and the Moon fills in the detail. Scorpio Sun invites us to go deep and slow to connect with the deeper, darker, hidden worlds of the unconscious and forbidden, Taurus invites us to do it practically, with beauty and grace, in nature or with the sensuous gifts of the material world. Taurus is the artist, the gardener, the dancer, Scorpio the Muse or seeker of secrets.

We also associate the time of the Full Moon, the peak of the lunar cycle, with “lunacy”. More accurately it’s a time when anything that’s been repressed is likely to struggle free and seek expression. This may seem like things suddenly going nuts, but more often than not it’s about tipping points, that one more drop of water that makes a tank overflow.

This Full Moon also coincides with a positive Mars – Jupiter alignment. This is a great combination for injecting energy into anything important, especially a relationship as Mars is on his home stretch through Libra – sign of partnership – and this is Mars’ last aspect before changing sign and moving on into Scorpio next week. Reaching mutually acceptable agreements or compromises are well starred, for now or for the future, and any matter linked to Jupiter’s domain of the law, education or travel could reach an important milestone. Also note that Jupiter is the Opportunity Maker (although often in disguise) and also the Liberator. In other words now’s the time to focus on plans for the things you really want to do and, conversely, to get out of something you wish you’d never agreed to in the first place.

Midweek brings Mercury back into the spotlight –

Saturn in Capricorn and Neptune in Pisces – both in their own signs – were in exact alignment last week, at 16 degrees. As they’re both so slow moving this means that the faster moving planets play into this when they also reach 16 degrees. Mercury has already made these links once, but as he’s now backtracking, he’s back for a repeat performance. When Mercury turns direct he’ll catch up for the third and final time, bringing moments of resolution or closure, and here are the dates for these sequences –

If you have planets or angles between 14 – 18 degrees of Capricorn (or opposite sign Cancer) or Pisces (or opposite sign Virgo) then Mercury’s backwards and forwards loops and swirls will be especially relevant to events currently unfolding in your own life. Even if you don’t have planets or angles at these positions they still work at a universal level. Look back to what was happening mid October and see what links back. Anything that started then and which is ongoing will reach its next stage, characterized by the retrograde themes – eg something wasn’t done and dusted after all, rethinking, reworking, saying or doing the things you should’ve said or done the first time around and so on. These middle contacts may bring headaches but, with the theme of understanding being so strong this week, there’s every chance that you’ll locate some missing pieces of a puzzle.

At the end of the week Venus also plays into the Saturn – Neptune pattern. As Venus isn’t retrograde – ie she won’t come back to 16 degrees of her current sign – these links are one offs –

The first aspect is the more important being the square, the second is a minor aspect – the semi-sextile being formed when planets are only one sign apart – but together they add up to more information or developments in connection with Venusian concerns, primarily love or money. In particular look out again for themes of opposites as Saturn is the Realist and Neptune is the Fantasist. For example, keep an eye on what tends to drain your finances, do a spot check on your emotional demands or expectations, accept where you’re out of your depth, don’t fall for sob stories or believe everything you hear, and don’t be surprised if something that was supposedly watertight springs leaks. Have a good cry!

At the moment it’s a bit like looking at life through misty, rainy windows but it helps to remember that any confusion or uncertainty is there for a reason, even if we can’t figure out what that reason might be. But sea mists always clear eventually and next week carries the hallmarks of progress with both the Sun and Mars changing sign, Mercury turning direct and the glorious annual Venus – Jupiter conjunction.