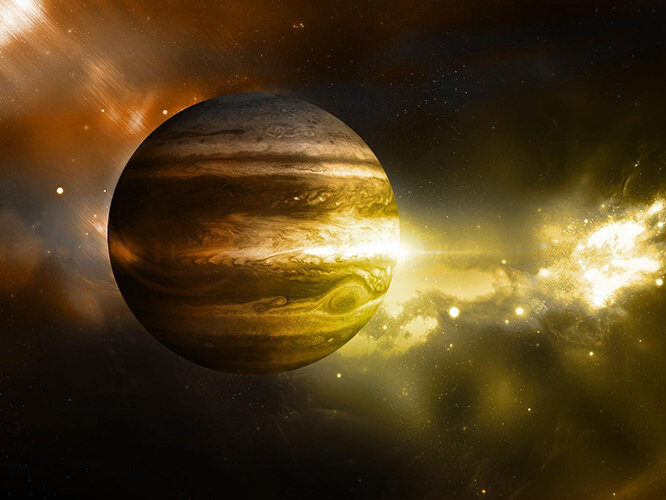 “Risks must be taken, because the greatest hazard in life is to risk nothing.”

“Worry never robs tomorrow of its sorrow, it only saps today of its joy.”

Leo Buscaglia – b 31 March 1924, was an American author and motivational speaker, also known as “Dr Love”

This has been and continues to be a huge year astrologically. As above, so below, 2020 is therefore a year that none of us will ever forget. The celestial picture is that slow moving Pluto (cycle of 248 years), Saturn (30 years) and Jupiter (12 years) have all been travelling through Capricorn, while Neptune (165 years) continues on his long journey through his own sign of Pisces. As all of these planets spend many months in retrograde motion there has been a complex dance between them all but with the faster moving Jupiter linking into the slower planets three times rather than just once – ie making an aspect, then going back to repeat it and then making a third and final aspect when moving forwards again. Those final aspects are still to come.

This backdrop is coming into sharper focus as between now and the end of next week the Sun in Virgo (the sign that rules everything to do with health) is going to aspect these four planets, starting with Jupiter (who is also turning direct) and Neptune this week, Pluto and Saturn next week. This may well illuminate (Sun) more about the virus and the situation generally, it may even bring progress in terms of really seeing how this might end eg the possibility of a vaccine. But with case numbers already soaring again, and this being the week that thousands of children return to school, further escalation is more likely to be the first showing. Jupiter has been squashed into a box for four months now and his turning point is like someone taking the lid off. Let’s hope it’s not Pandora’s box but the machinery of life has to be cranked up again at some point. More people will be on the move so stick mindfully to your safety guidelines.

At a personal level the same themes apply in terms of illumination, coming to a clearer understanding of how your own life has changed throughout the course of this year, how those changes are shaping matters now and for the rest of the year. The sign of Virgo also rules work, not of the burning ambition career kind but of the daily wage kind, the things we do to pay the bills, to keep body and soul together. But it’s also the sign of skills and crafts, so if you want to make a career change or learn something new now’s a great time to get started. The sign of Virgo often points us to what we’re good at, how to enjoy and benefit from our natural talents.

To put things in clearer perspective here’s a recap of the major planetary formations of this year, which I think gives us a sense of just how momentous these times in which we are living really are –

And after months of being retrograde these are the dates that all these planets turn direct again, with Jupiter leading the big turnaround this week –

In the rest of the timeline we can find clear links to the spread and the handling of the virus, and the subsequent worldwide consequences and restrictions. The symbolism of Jupiter, planet of expansion, education, travel, all overseas matters struggling through Capricorn (Jupiter’s most difficult placing, being his sign of “fall”) and hampered further by being retrograde since the middle of May, is again clear to see.

For example, it was 19 Feb when weekly WHO Member State Briefings on COVID-19 began, to share the latest knowledge and insights.  It was the beginning of April when Easy Jet grounded their entire fleet and other airlines followed suit. It was the 29 June when WHO held their first “infodemiology” conference, the science of managing the overabundance of both accurate and inaccurate information occurring during an epidemic.

So we started the year with the demolition duo of Saturn –  Pluto but encouragingly we end the year with Jupiter conjunct Saturn, a union that is known as the Great Conjunction. This one falls at 0 degrees of Aquarius, which is known as one of the “critical degrees” (as in hugely important, not as in emergency). The other critical degree is 29, so 0 marking the start of a sign and 29 marking the end of it, therefore beginnings and endings of all kinds, transitional moments, take on greater significance when these degrees are prominent. Aquarius rules communities and mankind across the globe.

Renowned astrologer Maggie Hyde pointed out that this Great Conjunction is even more important as it’s also what is known as a “mutation”. During the last 200 years the Great Conjunction has fallen in earth signs, but this one will fall in air. Another indication of transition and progress.

You may also like to read this feature – I make no personal comment other than regular readers will know what I think about Donald Trump!

“According to astrologer Daniel T. Ferrera, when a great conjunction occurs during an election or inauguration year, the president is likely to die in office. [2] The table at the end of this article shows this has been the case since 1940, except for the last two great conjunctions. However, there were assassination attempts against both those presidents.

The next great conjunction is on December 21, 2020. The next United States presidential election is on Tuesday, November 3, 2020. President Donald Trump is seeking reelection to a second term.”

As I live in a small community I’m constantly reminded of how life goes on, regardless of what is going on internationally, pandemic wise or anything else. In the action packed, full of different threads astrology of last week, we seemed to go through just about everything, from a dear friend’s cancer diagnosis to the joy of a wedding.

The fast moving personal planets are the stuff of day to day life, ruling everything to do with our daily interactions and feelings. These new cycles both feel positive for relationships of every kind as Libra is the sign of partnership, putting Mercury into negotiating and cooperative mode, and Venus of course rules love, now burning brightly in the fire sign of Leo. If you have relationship matters to deal with or if you want to get a new romance off the starting blocks now’s the time to get the conversation started and draw attention to yourself. Whatever your love concerns, things are moving on. Our job is to engage the mind (Mercury Libra) and the heart (Venus Leo), to listen with a view to understanding rather than just answering, to discover the joy in whoever or whatever is heartwarming.

Midweek brings the Sun – Jupiter alignment. At a universal level this is considered to be a highly positive combination with the Sun as the life force and Jupiter as the Greater Benefic – all that is good for us. Much of this symbolism will still show in one way or another, especially as Jupiter is being highlighted while “stationary direct” (at an apparent standstill as he ends the long backwards loop). But we have to add the cautionary note that Jupiter is nevertheless still in his sign of “fall” (Capricorn is Saturn’s sign, Jupiter and Saturn are opposite in nature). Furthermore this aspect coincides with Mars being “stationary retrograde” –

Again to put this in perspective Mars turns retrograde approximately once every 25 months for periods of around 65-80 days at a time, so nowhere near as frequent as Mercury (3 times a year). Jupiter is getting back to business but Mars is now on the retreat, so if ever there was a recipe for contradictions, this is it. Mars won’t turn direct again until the middle of November, an event that will coincide almost exactly with the third and final Jupiter – Pluto conjunction, so there are definitely some connective links at work.

How might this show? Expect themes of push-pull, stop-start, making a decision or being clear about the way ahead with any matter important to you, only to find that the “doing” of it (Mars being action man) is not as straightforward as you would normally and reasonably expect it to be. Look out for changes of heart, either your own or someone crucial to a plan, or changes of circumstances. News that you were not aware of could suddenly come to light and make a difference. What was promised may not be delivered on time or at all. And so on. Not an easy picture.

Mars in Aries is about the strongest symbol you can get for directness, immediacy and total conviction, but when he switches to retrograde such qualities get compromised or reversed. Pay close attention to the things that surface for you midweek, especially if you have planets or Angles at or close to the signs and degrees of these turning points. Look out for an A to B journey suddenly taking you the long way around.

Also as with all retrogrades look out for the “going back” and “re” themes, everything from getting back with an ex to rethinking and reshaping a plan. Whatever doesn’t fit with your original idea or vision doesn’t have to be discarded but it will probably have to be reworked or looked at in a different way. Going back to this week’s quotes at the beginning of the blog, this may involve reassessing your risk analysis but it doesn’t necessarily mean that you should opt for doing nothing. I think we’ve all had enough boredom and inertia this year.

The Sun – Neptune combination isn’t, it has to be said, especially helpful in this respect. The Sun is energy and clarity but difficult aspects to Neptune spell the opposite, such as confusion, sadness or overwhelming worrying. It is however followed almost immediately by Jupiter’s turning point –

In other words, whatever springs leaks may yet be rescuable. Even something that seemed hopeless on Friday may yet take on a completely different look over the weekend. Jupiter turning direct is brilliant for eleventh hour luck or second chances. In keeping with the contradictory element of Mars turning retrograde the overall message would seem to be don’t force anything. When we want something desperately it’s very hard to let go of the idea that we have to make it happen, but the paradox is that when we learn to let go we somehow then get out of our own way. When we truly stay in the moment we lose our anxiety about what comes next. We just let it unfold. In my darkest moments one of my own mantras is, trust Jupiter, he knows what he’s doing. And he does.