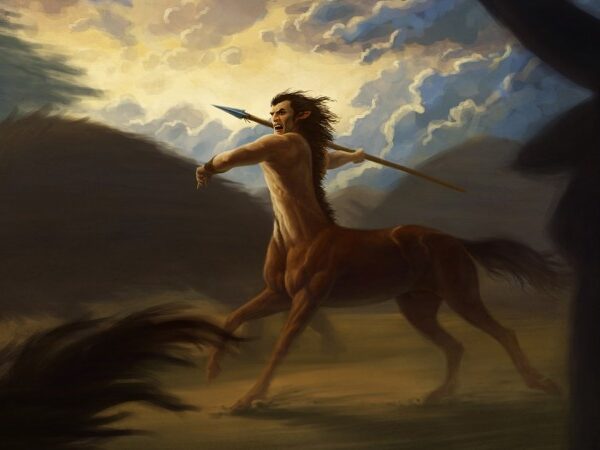 “Your life changes the moment you make a new, congruent and committed decision.”

“I think that there is something beautiful about mortality. It makes our decisions mean more.”

Mercury finished his latest three-week backwards loop through the heavens yesterday (Sunday 12th 09.26 BST, 11.26 Greece), appearing to be at a standstill as he changes direction. This is the time when he exchanges the Trickster persona for the Magician’s. Give him a chance to warm up the magic wand, but between now and the end of the month matters relating to Mercury’s concerns will gather increasing momentum.

For now pay close attention to what is surfacing in your life on this turning point. As above, so below, when planets switch direction, so do we and unfolding events are now packed with info about the start of new cycles.

Here are the kind of themes to watch out for –

It’s always interesting – and for the student, educational – to see what shows for major astrological events, and the most symbolically powerful events usually take place 24 hours either side of the exact moment. In this case there have been some depressing news events which am choosing not to dwell on, but in terms of the pandemic and how it can be better controlled Mercury’s turnaround was obvious.

The first item of news on the BBC yesterday morning was a picture of Trump finally wearing a mask. For a hospital visit. What?? The insanity of that aside, the message (Mercury the Winged Messenger of the gods, and also the planet that rules the mouth in medical astrology) has finally got through, that he has to lead by example. I feel sorry for the team members who had to risk his wrath and probably had to put a gun to his head to make him conform.

He’s now saying that he’s “never been against masks” which is so blatantly untrue but, again, let’s not dwell on it. The important thing is that the president’s actions influence the behavior of millions of Americans, as illustrated by demonstrations against wearing masks on the basis that it encroaches on personal freedom. The stupidity and shortsightedness of this mindset beggars belief – how much personal freedom will you have when you’re sick or dying? – but Trump gave and reinforced that message with his own “rules don’t apply to me” behavior and the country is now at a critical turning point as the number of new cases spike out of control in places like Florida. The link to reopening Disney World and tourism generally is obvious.

In South Africa it was announced early this morning that a night-time curfew has been imposed, the wearing of masks outdoors is now compulsory and alcohol sales have been banned for the second time.

Mercury turned around at 5 degrees of protective Cancer, sign of home, family and nurture. This sign is ruled by the Moon, planet of emotional concerns, care and mothering. One lovely showing of Mercury’s turnaround is my best friend here coming to the end of her time as foster mum to an adorable puppy, Inky. It’s a wrench as of course they have bonded deeply, he’s been everywhere with her for the last 8 weeks (so he arrived as Venus turned retrograde mid May), and on the beach with us in the afternoons. 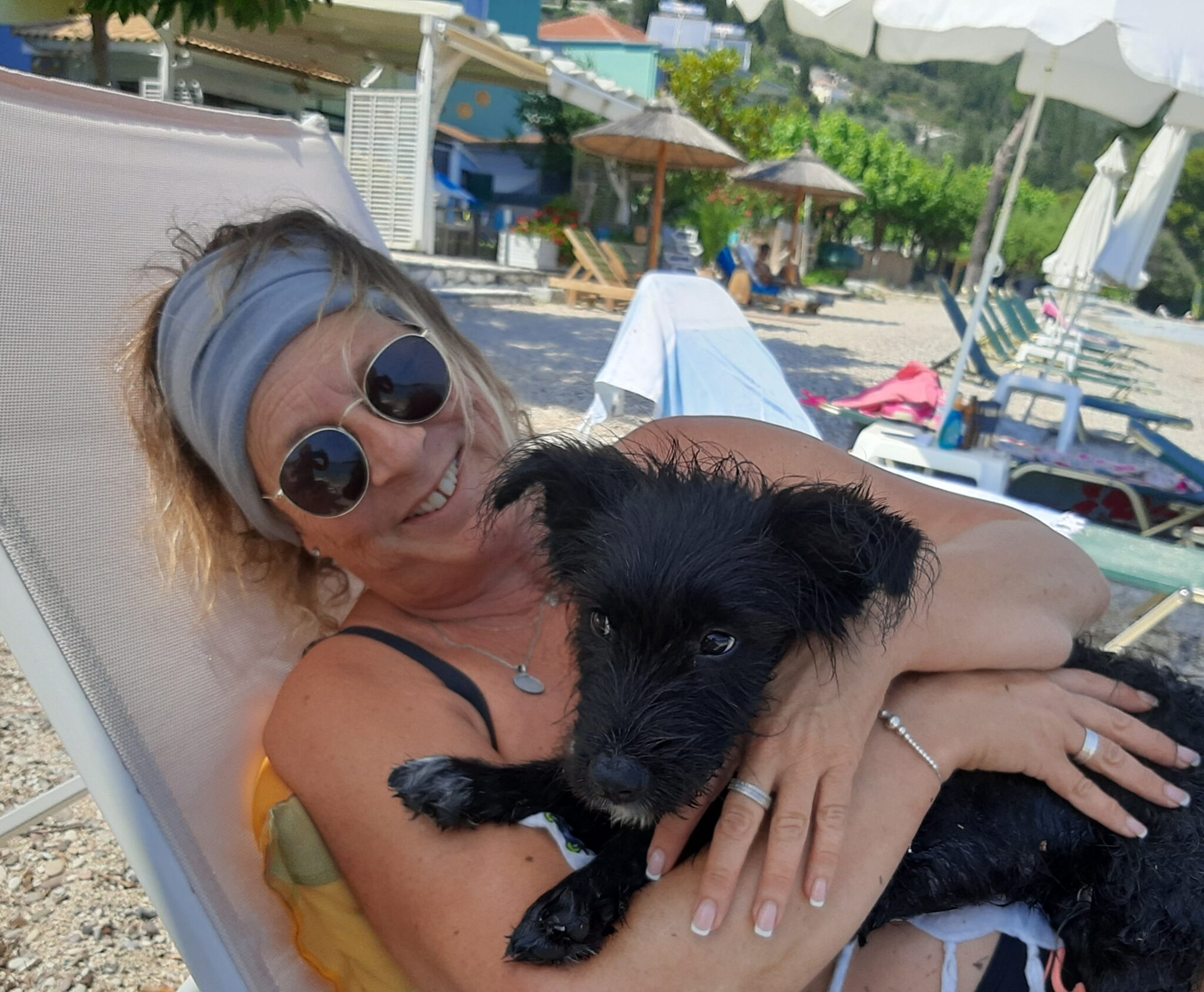 Today she hands him back to the charity as tomorrow he’s on his way to his forever home in Holland. Her job is done, and brilliantly, he’s now a socialized confident little dog who’s going to be the perfect family pet. Awww, there will be tears today, but bravo Trish.

Mercury getting back to business is a powerful omen for decision making of all kinds. The quote this week from Tony Robbins reminds us that this isn’t just about getting things done but also about making powerful life changes. Congruent, meaning in agreement and harmony with, is the heart of the quote. The opposite of incongruence is therefore full of contradictions, taking up a contrary position and saying the opposite to something we said five minutes ago, confusing ourselves and everyone else.

We all have old scripts, the things that maybe used to be true about the way we’ve operated in the past, or the things we used to believe about ourselves, or the things that other people believed about us. I’ve had quite a few examples of this in the past week in various conversations. One guy wrote to a friend asking, amongst other things, am I really a horrible and narcissistic person? (The fact that he actually asked the question showed that he’d considered it, so the answer is probably no).

The main hallmark of an old script is that it’s usually negative and self limiting, and sometimes loaded with guilt or shame. My therapeutic alarm bells clang whenever I hear a self damning statement followed by things like, oh well that’s just me, that’s just the way I am. Often such statements are made in flat or prickly tones of defensiveness, depression or even self loathing.

We probably all recognize this in ourselves, but as with everything there’s a scale. If it’s something that doesn’t get you down too much and doesn’t really affect your life in a destructive way then it’s manageable. If it’s something that does actually depress you and does actively get in the way of what you secretly want, then it’s worth examining.

One of the most helpful truths I’ve ever learned is that dissatisfaction or depression is linked to “perception of choice”. In other words, when we see that we have options we cheer up. When we take responsibility for our choices and decisions we are empowered. There is no better time for taking all of this on board as Mercury turns direct and starts picking up speed again in the right direction.

I’m currently re-reading this favourite novel. It’s inspirational, not least because it was author Mary Wesley’s first novel and she published it at the age of 71, initially motivated by rescuing herself from the status of impoverished widow. The novel tells the story of a group of young cousins whose lives are changed by the outbreak of the Second World War but who all, in their own way, find emotional liberation by living through times that make them feel intensely alive. Her novels created huge rifts in her own family because of obvious biographical connections. In her autobiography (that she asked not to be published until after her death, how very Moon Scorpio) she wrote how wartime sprung her from her own repressed life, “We felt if we didn’t do it now, we might never get another chance.”

The parallels to living through a pandemic are, again, obvious. Carpe Diem.

The Sun is on the final stretch through the sign of Cancer and is therefore lighting up the Jupiter – Pluto conjunction in the opposite sign of Capricorn, the feature that is the major backdrop for the whole year. These two planets have now made two of their three conjunctions, the first one being 5 April and the second one just two weeks ago 30 June, so they’re currently very close to each other, travelling retrograde and side by side. In the middle of these oppositions Mars now in his own sign of Aries catches up with the slower moving Chiron –

As always, we have the personal and the universal symbolism at work. Whenever the Jupiter – Pluto pairing is aspected by other planets the themes of the pandemic are highlighted. Jupiter rules everything to do with freedom and overseas, including foreign holidays, long distance travel and the airlines industry, and one of Pluto’s jobs is to obliterate.

The tourism industry struggles on, but the danger is far from over. In mythology Pluto is god of the underworld and owned the cap of invisibility. Pluto’s symbolism is therefore also linked to absence, loss and all things undetectable in the mortal world. This is currently showing as asymptomatic (Pluto) travelers (Jupiter). Greece is now having to implement new testing rules, such as at the Bulgarian borders and at airports, as new arrivals are inevitably bringing the virus with them. I wouldn’t be surprised if midweek developments bring the reintroduction of at least some lockdown measures.

At a personal level the Sun opposite Jupiter would normally be a time of large gatherings or doing anything on a grand scale. But with Pluto as the travelling companion Jupiter’s exuberance has to be more controlled and contained. Our own feelings here on Lefkada are to stay away from tourist hotspots so we’re rather cliquey at the moment, gathering only with our close friends at expat venues. Jovial Jupiter is all into having fun, but Pluto is the reminder of the hidden price tags.

Chiron the Wounded Healer has a cycle of about 51 years, but because he has a hugely elliptical orbit this doesn’t translate into dividing those 51 years into neat sections of 12. He spends a lot longer going through some signs than others, and Aries is one of the longest. Chiron has been at 9 degrees of Aries since the middle of June, turned retrograde at 9.26 Aries yesterday (12 July) and won’t turn direct again until the middle of December.

Aries is the first sign of the zodiac and is therefore all about the starting point of the individual and the ego. Chiron symbolizes emotional or physical wounding, how to heal and recover, and how to honour the link between mind, body and spirit. His own story in mythology is that, unable to use his healing arts upon himself, Chiron gave up his god status in order to die and thereby end the eternal agony of a poisoned arrow wound. The full power of his message is captured in his “rebirth”, being returned to source and immortalized in the constellation of Centaurus.

His importance lies in how “he points to the issues that accompany the path of awakening, such as health crises, life-changing experiences, meetings with teachers, recapitulation of old trauma or major insights”. (Melanie Rheinhart, author of Chiron and the Healing Journey, a critically acclaimed and must have text).

There are some wounds in our lives that we may never fully understand until we too are returned to spirit. But that doesn’t mean that we shouldn’t be aware of our own power to heal and our own choices in that respect. One of the messages here I think is not to let ego get the upper hand. Be conscious of getting out of your own way, be aware of what you wish an outcome to be but enjoy some gentleness in getting there. Mars is now powerful in his own sign, and after all he is the god of war, so if life has left you with war wounds the time is right to use whatever healing balms come your way. Take care of yourself and make fresh starts with healthier lifestyle choices. This echoes everything I was saying earlier about Mercury’s turning point, how it’s worth examining anything that might smack of self sabotage. Let the journey begin!