We’re moving on – or are we? In the background we have the action planet Mars slowing right down in the early degrees of Aquarius, getting ready to turn retrograde in two weeks time, so whatever your plans do take things steadily. It’s not the time for “full steam ahead” and something is about to switch direction, or not go in the way that you had anticipated. I’ll be talking more about this nearer the time. But for now this is no cause for alarm, just for keeping options open, an approach that is supported by the New Moon this week, in Gemini, sign of the Twins that nearly always signals “doubles” or “multiples”. For some choices are looming, for others options are opening up. 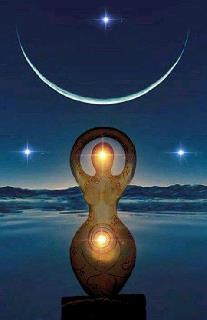 Also either side of the New Moon we have both Mercury and Venus changing sign this week, but both immediately make aspects to Uranus – here’s the sequence:

Uranus loves to throw a spanner in the works. It’s his job to wake us up, to make us think differently and especially to think on our feet. So the general theme this week is the start of new cycles, but not the ones you had expected or not in the shape that you had imagined.

Venus making her presence felt always puts love issues firmly in the spotlight, especially in bold and brassy Leo. Don’t neglect your other half! Venus in Leo wants attention, blatantly or overtly, and the square to Uranus signals that there’ll be a drama if she doesn’t get it. And it’s a two way street. If you’re the one feeling neglected, say so. The Mercury aspect to Uranus is much easier – a harmonious sextile created when planets are exactly two signs apart – so it’s much better to say things, to speak your needs, rather than acting out in a “guess what’s wrong” way.

Single? This week’s astrology is a classic famine to feast scenario. Give priority to your social life. If you’re out and about you can hardly fail to meet new faces. Even if you’re not out and about, Uranus rules technology, so making new connections on line is also on the cards. Just be sure to follow the usual safety rules.

As this aspect is exact in the early hours of Saturday it will be at it strongest Friday, ie the previous 24 hours as it’s gathering strength. Any planet meeting up with Saturn by opposition spells obstacles. As Mercury is the communication planet this combination brings cancellations, delays, silences, forgetfulness, problems with phones, computers or paperwork/admin of all kinds. Even the simplest of jobs or requests can suddenly feel like plain hard work but try not to be too hard on anyone who lets you down. It’s only a blip. Similarly, reserve the right to say no to anything that would be more trouble than it’s worth. Be patient, be realistic when it comes to making demands of your own and bide your time. Next week we have much easier Mercury aspects, including to lucky and generous Jupiter, and I’ll be talking about these next time.

Until then, with love from Greece
Joanna