Jupiter out of Shadow, New Horizons & Moments of Truth 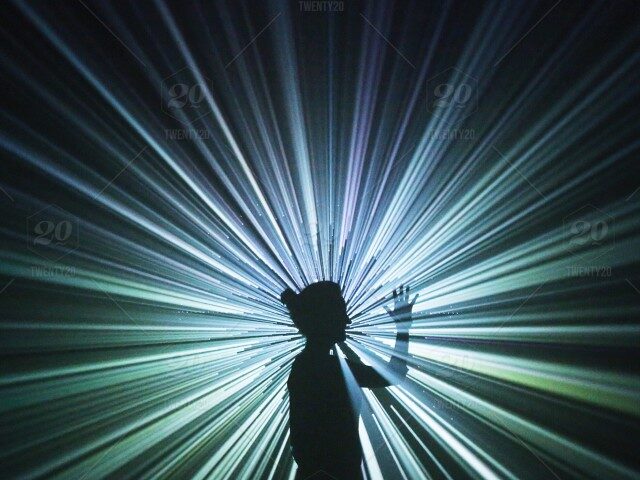 When I clocked that my theme for the blog this week was going to be linked to shadows I then searched for the best quotes to use. The first one to jump off the page for me was the top quote by a writer called Ruth E Renkel. I’d never heard of her but as soon as I read the quote I was convinced that she was a Sagittarian, that sunny side up optimism is a classic characteristic of this sign. I should know, I am one. Sagittarians tend to do their sad stuff mostly in private and plaster on the big smile in public. There’s virtually nothing about her online but her birthday did come up. Bingo. Another quote from her also came up –

“You live longer once you realize that any time spent being unhappy is wasted.”

The second quote that caught my eye was from Walt Disney, and I already knew that he was a Sagittarian. He was a very complex character, which of course is so often a hallmark of genius, the “astrological signature” of which in his chart is the Sun conjunct Uranus. But he’s left an empire that is dedicated to creating happiness, and he created that empire through his own entrepreneurial talents. In his own words, it all started with a mouse. Jupiter ruled Sagittarians can think big and are mostly not risk averse. They believe it will all work out for the best and even when it doesn’t they’ll still find the silver lining.

JUPITER ON THE MOVE

The personal planets from Mercury through to Saturn rule two signs each, one masculine and one feminine. Generally one of the two is better known than the other. In Jupiter’s case his better known rulership is Sagittarius, and his themes match with this sign –

Jupiter – main principle is expansion, anything that makes our life bigger and better, known as the Greater Benefic, he brings the things or the people into our lives that are good for us. Planet of opportunity, luck, liberation, good fortune, abundance but also excess, generosity both giving and receiving, optimism and faith. Out in the world Jupiter rules learning, publishing, truth and justice/all legal concerns, long distance travel, foreigners, and all matters or people related to overseas.

When the slower moving planets turn retrograde they take a long time to complete their backwards loop through the heavens. Jupiter always backtracks ten degrees which takes about four months. Here’s the sequence for this year –

Anything of a Jupiterian nature is therefore getting a new lease of life so pay close attention to what unfolds for you as this new weeks gets underway.

Not only is Jupiter now out of shadow but he’s also on the home stretch of his year in Capricorn, which has been an unhappy combination as this is Jupiter ‘s sign of “fall”. Capricorn belongs to Saturn who has all the opposite principles to Jupiter – eg contraction rather than expansion – so Jupiter has been seriously cornered, restricted and squashed into a box. Not to mention also overpowered by Pluto with those three conjunctions throughout the year that finished last month. As referenced several times this was textbook symbolism not so much for the virus itself but for the consequences, a life under lockdown. If Jupiter is freedom, Pluto is wipeout. No planet does a demolition job better than Pluto.

Both Jupiter and Saturn will enter Aquarius next week and neither will return to Capricorn. And if you’re a serious follower of astrology you would have to be living under a rock not to know that these two giants are going to meet up on 21 December, an event known as The Great Conjunction which happens only once every 30 years. This conjunction will fall at 00.29 Aquarius and I’ll be talking a lot more about this major aspect over the next few weeks.

Given that we’re in Eclipse season at the moment – the Lunar Eclipse at 8 Gemini last Monday and the Solar Eclipse 23 Sagittarius to come next Monday – shadows are a major theme here too. Shadows falling can be dark nights of the soul but shadows lifting reveal new pictures and restore our hope and vision. Look out for themes of symbolic death/rebirth, especially if you have planets or Angles at or close to the Eclipse degrees mentioned above or in the signs that square these degrees either side – Virgo and Pisces. Eclipses often indicate a time of shifting power and can be huge game changers, even if those changes are not glaringly obvious at the time, although often they can be. But just note that at a later date we realize what really happened when the light was out.

Increased personal awareness at this time will stand us all in good stead. Jupiter and Sagittarius both rule truth and honesty so what better starting point than to stop believing our own lies, our own version of things that we hang onto because we want it to be true. The time is also right to stop believing someone who tells you what you want to hear but never actually delivers.

If you’re feeling angry or frustrated with someone think about your own shadow, the side of our personality and psyche that holds all the things about ourselves that we would rather not admit to having. That thing that someone does that infuriates you so much, is it actually something that exists within you too? When we own these things the payoff is that we stop being so irritated when we see them in others. We may remember a time when we behaved like that ourselves and therefore find it easier to understand and forgive.

This is healthy because when we don’t acknowledge our shadow – and we all have one – our prickly issues don’t disappear. They’re just repressed. Then they get even stronger, growing in the dark. And then we project them onto someone else’s screen and we find ourselves in a role that appears to be about the movie of their life, but is actually part of our own too. The whole point about projection is that it’s unconscious, we don’t realize that we’re doing it.

Neptune in stressful aspects can spell the opposite to the truth in so many ways, hence these aspects being particularly tricky. Hence the need for as much raised self awareness as possible. The flipside to Neptune’s imaginative and romantic powers is a whole range of emotional pitfalls including delusion, deception, guilt tripping, the sob story or manipulative behavior of any kind, too much self sacrifice, uncertainty, disappointment or the need for a reality check. It’s a bit like looking out at the world through a rainy window. Everything is misty and maybe even shimmery but it’s just an illusion.

Treat these aspects as you would treat times of a retrograde Mercury. For example, if things are not adding up then they are not adding up for a reason. If you think that someone’s not telling you the whole story then they’re probably not. And if your instincts are screaming at you then don’t ignore them. Even if you can’t put something into words pay close attention to how you’re feeling. Don’t buy anything without a returns policy and don’t make any agreements that you suspect you might regret. Getting out of commitments at a later date could be complicated. Trust that a clearer picture will emerge next week after the Solar Eclipse.

So there’s definitely some finale stuff going on again here, and also matters that tie in with our shadows theme. Scorpio is a water sign, associated with intensity and power, and is the sign that correlates with the 8th House of the unconscious and everything related to sex, death/rebirth – our regenerative abilities and our transformative processes. It’s a double whammy as Pluto is Scorpio’s planet and, as mentioned earlier, Pluto is great at dropping us into black holes. It’s definitely not for the fainthearted, but at least the sextile (exactly 2 signs apart) is a harmonious aspect so if you need a gloves off heart to heart, go for it.

As these Venus aspects play out between now and next Tuesday you should at least get answers on any challenging issues, possibly including those that have been ongoing throughout the year. Note that Venus also rules money as well as love and life’s pleasures, so wherever you need to get loose ends tied up, whatever you need to ditch in order to move on, this is definitely a closure climate.

The Sun – Mars alliance at the end of the week is the most positive part of the picture. Both are in fervent and enthusiastic fire signs and Mars is in “dignity”, being in his own sign of Aries and now picking up speed after turning direct in the middle of last month. This is a fantastic combination for a “can do” attitude and for discovering where best to channel your energies. Events that come together under a strong Mars tend to happen quickly. There’ll be a sense of being singled out, or an urgency or immediacy that will be impossible to miss, especially where previously it’s been noticeable by its absence! Strike while the iron is hot is a good saying to keep in mind. The Sun’s next big moment is the New Moon/Solar Eclipse next Monday, that kicks off one of the most important weeks of the year, so feed your competitive spirit and try not to dither or waste time. The fact that life never stays the same forever is coming home to us, and I’ll leave you with another great Walt Disney quote –

The way to get started is to quit talking and begin doing.