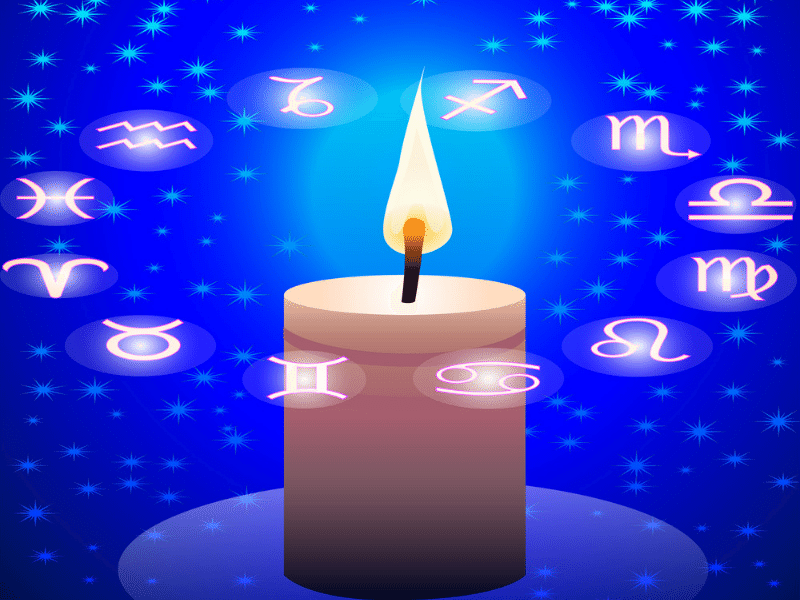 “To be honest, I often feel I have nothing interesting to say,” said the fox.

“Being honest is always interesting,” said the horse.

― The Boy, the Mole, the Fox and the Horse by Charlie Mackesy

A special thank you to my dear friend Trish for the Christmas gift of the beautiful illustrated book from which I’ve chosen the quote for this week’s blog. There were so many lovely passages to choose from but have gone for this one for reasons explained further on. So here we are, on the threshold of a new decade. I’m always struck by the love – hate relationship that we seem to have with New Year’s Eve. For many it’s a hugely important event and for others it’s a time to withdraw – depressed, indifferent or declaring it all hype. As a Jupiterian – planet of wide new horizons, optimism and the future – I’m in the first category. I like the buzz of the evening itself and I enjoy the sense of anticipation, wondering what the next year will bring.

But also as an astrologer and tarot reader I am involved with ritual, and the positive role and significance of ritual in our lives is something I teach on my courses. We all have the little rituals in our lives, such as our morning routines, and we recognize the big events in our calendars by sharing the traditional rituals – buying Easter eggs, decorating Christmas trees – and we honour the big life events with ritual, such as hatches, matches and dispatches – births, marriages and deaths. Each one has its own ceremony through which we celebrate and respect the individual. Humans are meaning making animals, so rituals unite us and are part of our identity.

As with last week we’re starting this one with Mercury in the lead role, planet of the mind, and everything that falls under the enormous communication umbrella. So Mercury is thoughts, ideas, decisions, expression, conversations, news, emails, texts and so on. No wonder life goes so wonky when Mercury is retrograde, this planet rules so much to do with our daily lives and interactions. Happily right now he’s painting a perfect picture for New Year resolutions.

You may remember that Mercury has just changed sign, moving into Capricorn in the early hours of yesterday (Sunday 29th) and will be whizzing through this sign until the evening of 16 January. That’s an interesting time line for me as my dog Coco had her eye surgery two days ago, less than 24 hours before Mercury changed sign, and has to wear a collar for 3 weeks and then go back to have the stitches out. So that appointment will be 16/17 January, just as Mercury is moving on into the next sign of Aquarius.

Capricorn is a Saturn sign and is linked to discipline, effort, restriction, patience and boundaries. I’ve had to introduce a whole new regime and rule book to keep Coco (5 kilos) safe from the extremely bouncy and boisterous younger but much larger dog Zindzi (30 kilos). Mercury the winged messenger is not in detriment in Capricorn in terms of traditional placings, but I’m definitely getting a sense of clipped wings! She hates the collar of course and keeps walking into things, spatial awareness is catching up very slowly, and it’s tunnel vision. This is so true to the essence of Capricorn, the surefooted Mountain Goat working his way slowly but steadily towards a goal, refusing to be deterred or sidetracked, and being prepared to give up short term gratification for the reward of longer term benefits. This may be a theme to keep in mind these next few weeks.

For now Mercury’s first date is a positive one with revolutionary Uranus, followed by the potential packed lucky meeting with Jupiter –

Mercury – Uranus combinations are notable for insights, brilliance, light bulb moments, spontaneity or for news of the exciting, unexpected or sometimes shocking kind. Whatever the event the main hallmark is one of surprise. This trine (when the two planets are exactly four signs apart and therefore in the same element, in this instance earth) is likely to be especially significant as Uranus himself is now “stationing” – appearing to grind to a complete halt in readiness for turning direct next week after being retrograde since last August.

So, Mercury aligns with Uranus just as this whacky planet is making a huge turning point. Even though Uranus takes many weeks to pick up speed again the times of changing direction – from direct to retrograde as well as from retrograde to direct – are always worth noting. Basically any planet turning direct is all about getting back on track, getting out of reverse and selecting first gear. So this adds to the good news themes as this combination with Mercury carries symbolism of things moving forwards again, making the right decisions, finding motivation or your rebellious spirit, or things simply dropping into place because the time is right, even something you had previously given up on. Remember that with Uranus there’s always the “thing you least expected” or “didn’t see that one coming” factors in play so, as I’ve said before, Uranus is the astrologer’s nightmare because he’s unpredictable! But once they unfold Uranian events are usually unmistakable, the essential nature of Uranus is revolutionary and life can change in a nano second.

On the subject of good news that is also the main hallmark of Mercury – Jupiter combinations, and especially the conjunction which happens only once approximately every 13 months. The last one was at 9 Sagittarius on 21 December 2018 and the next one will be 11 January 2021 at 5 Aquarius. This one in goal orientated Capricorn is fantastic for New Year resolutions and it’s the ideal time to work on manifesting. The element of earth likes things to be obvious and visible, so don’t keep your resolutions just in your head. Write them down. Even better, write a list of the things from this year that you want to leave behind, and make a second list of all the things you want to carry forwards with you and then add the things you want to achieve, experience or create in your life. Jupiter is the expert at sowing seeds for a bumper harvest.

At a universal level remember that Jupiter rules education, travel and the law. So if you have any matters going on in relation to these subjects then you can expect to make good progress or find the right deals. And all of these themes are underlined by the fact that Mars is also changing sign this week, moving into Sagittarius, one of Jupiter’s own signs –

This is a welcome change of pace as the action planet Mars has been in silent and secretive Scorpio since 19 November. Mars rules Scorpio so there’s an affinity between planet and sign, but nevertheless Scorpio is a Fixed sign and Mars is the god of war and action, and hasn’t been going anywhere fast. Sagittarius is Mutable Fire, symbolized by the Archer firing his arrows into the distance, and is associated with a nature that is restless, freedom loving and resistant to too much commitment or responsibility. One of the things on my own to-do list as the New Year starts is to do the research on flights to Lefkada which perfectly reflects the beginning of Mars’ new cycle.

In psychological terms Mars is our heated emotions, especially anger. So it’s now out with too much self control, or inward fuming and plotting revenge (Scorpio) and in with being more open and honest (Sagittarius) about the things you feel. Let it show. This is in keeping with the quote I chose for this week. It can sometimes be surprisingly difficult to name our emotions. I remember many years ago in a major relationship breakdown I said to my sister, he’s always angry. She said, so are you. I was shocked. I had perceived myself only as upset and it took the person who knew me best to point out the reality, that actually I was furious.

So naming and owning our feelings is all part of good mental health. We then stop projecting those feelings onto the big silver screen of other people and start working with the truth. And I never tire of quoting Sagittarian psychotherapist Lena Hjeltman who told me many years ago, “something magical happens when we work with the truth”. To extend that idea further, something interesting also happens when we work with the truth. Is there anything more boring or distancing than the person who lives their life in perpetual denial, insisting that everything is fine when it’s obviously not? How can you get close to someone who never wants to “give anything away”?

For many Christmas time is about putting real feelings aside and keeping the peace for the sake of others. Once New Year celebrations are done it’s back to real life, so Mars’ change of sign coincides with the end of pretend. The red fiery planet in the energetic fire sign of Sagittarius, sign of honesty but also as noted earlier the law, ushers in the busiest time of year for divorce lawyers. It’s pretty easy to stay in the wrong relationship when you’re always busy, so holiday times are notorious for make or break.

Endings and beginnings are also symbolized by the fact that we’re in Eclipse season, with the Solar Eclipse last week at 4 Capricorn and the Lunar Eclipse coming up next week at 20 Cancer. If you have planets or angles at or close to these degrees then the winds of change will be rattling your doors and windows.

The major applying (in the process of becoming exact) aspect is the Mercury – Jupiter conjunction, and nobody loves revelry as much as Jupiter, who rules Sagittarius and Pisces. Your Jupiter friends are the ones who know how to throw a party or they’ll know where it’s all happening. But it’s also worth noting that we have the monthly Moon – Neptune conjunction on the night too, exact just as we go into the New Year –

Neptune is the planet of imagination, illusion, glamour and escapism, from mysticism to the pain free world of drugs or alcohol. Psychologically his realm is the boundless watery world of the emotions, ruling the “urge to merge” fusion in romance or, flip side of the coin, suffering and sacrifice. His nature is subtle, seductive, addictive, mysterious, magical or disorientating. In other words, as the booze flows then so can our feelings. Our barriers go down and I expect the clock striking midnight will be characterized by loving everyone, believing that you’ve met your soul mate – and maybe you have! – or dissolving into floods of tears! Whatever your own situation just be aware that Moon – Neptune conjunctions are very much about our vulnerability. Look out for those in need and, above all, don’t drink and drive.

Neptune is going to be a dominant theme at the beginning of next week too, along with some seriously major astrological events, including the Lunar Eclipse and the Saturn – Pluto conjunction which happens approximately every 34 years, the last one being 8 November 1982 at 27 Libra. If you follow astrology you can’t fail to have missed the attention this big event is drawing and I’ll be talking about my own take on this next week.

Until then, a very Happy New Year, see you in the new decade!

With love from a sunny but freezing cold Greece