Truth, Lies & How to Survive Retrograde Mercury in Scorpio 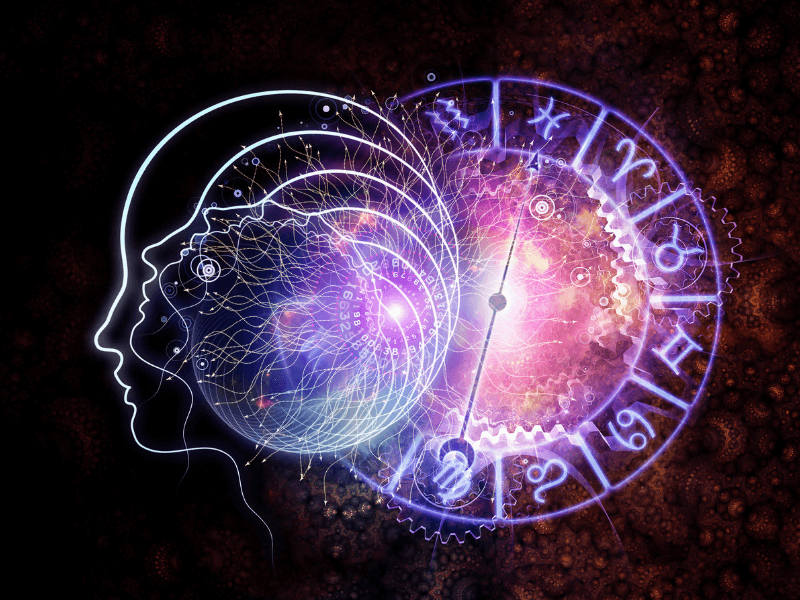 “The truth will set you free, but first it will make you miserable.”

“All truth passes through three stages. First, it is ridiculed. Second, it is violently opposed. Third, it is accepted as being self-evident.”

When you’re an astrologer one of the issues of which you are constantly and acutely aware is truth. It’s not unknown for people to say to me that they’d love a reading but they’re too scared of “what you might see”. Or, they’d love a reading but “only if you promise not to tell me anything bad”. The answer to such statements is of course that I can say only what the astrology tells me, the truth.

When students get to the stage of starting readings I always encourage them to say what they see. Whilst I am definitely against alarmism there is no point in sugaring the pill with the tough stuff. We can go to our friends for tea and sympathy, but we go for a reading when we want to know what’s really going on. And why. And for how long. Nine times out of ten if “something bad” is showing then the client already knows about it anyway. It’s why they’ve come to you in the first place and to gloss over it, to shy away from tough astrological truths, would be to invalidate their experience and feelings. We don’t  exist independently from our horoscope. We are our horoscope, our horoscope is us. We reflect each other.

Even after more than 30 years of doing readings the truth challenge doesn’t go away. I recently did a reading for a client whose horoscope reflected a huge marriage crisis, to the extent that I thought to myself, if she tells me that her relationship is fine am not sure how I’m going to proceed with this reading. But, and sure enough, it was her top question and she was in no doubt about the need for a break up, and through her horoscope we were able to explore the timeline. The “something bad” was exactly what she needed to hear.

If there’s one thing that I’m sure of after all these years of doing thousands of horoscopes, for clients and for student material, it’s that astrology never lies. Getting at the truth of a horoscope however is a skill, a craft that takes a long time to perfect, and one that we never stop learning. Sometimes events are glaringly obvious, things based purely on the rules of craft, but at another level astrological truth relies on the art of interpretation. Astrology never gets it wrong, but the astrologer can. My very first astrological reading on the receiving end, in my mid 20’s, was so vague and inaccurate that I went away thinking, there has to be more to astrology than that. Which is why I decided to study it for myself.

The reason for extra concern with the truth right now is because Mercury’s next retrograde phase (three times a year for approx three weeks at a time) is upon us. In simple terms Mercury as the winged messenger of the gods rules everything to do with communication, information and transport. When he’s retrograde all of the things encompassed under those three headings can be unreliable or, at worst, unravel in all kinds of chaotic ways.

Scorpio in traditional astrology is one of the “mute” signs – ie symbolized by creatures rather than people, the scorpion, the eagle and the phoenix. So what is not being said is always a theme with Mercury in Scorpio. It’s a great natal placing for a therapist, the “talking cure”, the bereavement or relationship counselor (with Scorpio’s link to sex and death/rebirth) and all types of psychoanalysis. Mercury in Scorpio Meg Ryan did as much for women’s sexuality as she did for her own career with her iconic faking an orgasm scene in When Harry met Sally. Mediums and psychics are found here too, the conduits between this world and another.

So Mercury is what we say and how we say it, but in a mute sign this becomes harder work. Scorpio is Fixed (immovable, intensified) Water (our feeling world). Then add the retrograde factor in and we get images of a deafening silence, being frozen out or struggling with matters that are unfathomable. A naturally secretive Mercury clams up completely or starts doing things behind our backs. Or you’ll find out something that contradicts what you previously believed to be true.

The week starts sweetly enough with a Mercury – Venus alignment, but alarm bells are clanging, with Mercury poised to switch direction and Venus (love, money, pleasures) in her sign of “fall”, her most difficult sign –

Mercury – Venus combinations are generally extremely positive – good news, words of love, pillow talk, financial goodies, bargains, a laugh, joy through friendships and so on. All of these themes are still possibilities but probably a bit lacking in the fun department. Connections are still important but the content is likely to be of a more serious nature. Listen carefully, and between the lines. Take promises, assurances or offers with a pinch of salt, not necessarily in a skeptical way, but with an understanding that feelings or circumstances may change again. Even things that were sincerely meant or passionately stated may stumble at the first hurdle.

Love stuff of all kinds is in the highly sensitized department. Make a point of putting your partner first as it’s time for the conversations that you’ve been avoiding or which you can’t have with anyone else. If you’re in a new relationship however I’d think twice about baring your soul. Preserve some mystery. There’s a time for wearing your heart on your sleeve but this probably isn’t it. This is also textbook astrology for an ex coming back into your life or for forbidden fruit affairs being rekindled but, again, be a little canny. Second chances need to be handled differently, especially if you’ve already been hurt. This may sound old fashioned but what are a lover’s intentions?! Are they serious or are you just someone’s opportunity?

There’s a long way to go on the retrograde Mercury road so start off as you mean to go on with emotional matters. Here’s the full sequence –

Pay close attention to what is unfolding for you in these first couple of days of the week as events could be packed with clues, especially in terms of what’s to come in relation to issues that are increasingly sensitive. If you have planets or Angles at or close to 11 degrees Scorpio/Virgo – or their opposite signs of Taurus/Pisces – then something more obvious is likely to show.

However our bigger issues right now are likely to be things with no easy or immediate answers so be patient and take the longer view. The evidence for resolution in mid November is stacking up –

While Mercury is retrograde up your hygiene and safety rules as the implications for the virus are not good. In medical astrology Scorpio can represent what poisons or is something that spreads in silent and invisible ways. Just this morning my niece messaged from London to say that the whole of year 6 at her daughter’s school is on 14 day isolation at home as one of the children has tested positive.

In the UK this retrograde cycle is clearly correlating with new lockdown policies too. Mercury the messenger will have his wings clipped and will have to find new ways of communicating.

The rest of the week is dominated by the New Moon in Libra falling in challenging aspects to the slower moving planets in Capricorn (Pluto and then Saturn, the square to Jupiter started this sequence and was exact yesterday Sunday 11th) and also to Mars who is currently retrograde –

Putting these all together creates an Aspect Pattern known as a T-Square – the New Moon (Moon conjunct Sun) opposing Mars, and all three squaring the planets in Capricorn. This is a pattern of tension, especially when it comes to partnership issues (Libra) or pursuing your own desires (Aries) or ambitions (Capricorn) within the restrictions of close relationships or the limitations imposed by the government (the planets in Capricorn)

This friction plays out from Wednesday to Sunday and the best advice is to take things steadily, one step at a time, one day at a time and put things to the reality test. There’s no point in being ego driven at this time or you’ll only get stressed out. If you’re up against someone else’s ego then take a big step back wherever possible and don’t allow yourself to be bullied or controlled. Remember that your own “truth” may still have to go through the “violently opposed” stage before others accept it!

The very end of the week brings some rewards as Venus moves back into the picture, playing into the powerful Jupiter – Neptune alignment, which was exact early this morning (Monday 12th) but these two planets stay in a harmonious link for several more weeks yet. Venus is one of the “love planets” and the other one is Mars, also linking to Jupiter –

These aspects all count for the coming weekend as the sequence plays out into the early hours of next Monday. The finale is the best aspect as it’s a trine (harmonious) and it’s also between the two benefics – Venus being the Lesser Benefic and Jupiter being the Greater Benefic. These two planets coming together is always good news but, again, things are somewhat tempered by the fact that both are in “fall”. Capricorn is Jupiter’s most difficult sign (it belongs to Saturn) and Virgo is Venus’ most difficult sign (it belongs to Mercury). I think the bottom line is to set up whatever it is that you enjoy, have some fun, without breaking rules or putting yourself at risk.

If you’re in the process of starting a new romance, or if you’re single and searching, this coming weekend is certainly a time of opportunities. Just bear in mind that, within the bigger picture, it’s in your own interests to think in terms of gentle beginnings (Venus – Jupiter) rather than headstrong passion (Mars – Jupiter). And with any matter close to your heart, don’t be rushed.

Put everything against the backdrop of retrograde Mercury – the usual checklist below, that may cover 99 bases but will still miss the 100th. Keep your wits about you!

Until next week, with love from Greece,

Regardless of what is going on in the world, here’s a reminder of the usual checklist of the kind of themes to look out for when Mercury (planet of communication, information and travel) is retrograde. Many of these themes will be even more obvious than usual, some you may already be experiencing and others may yet unfold during the next three weeks –