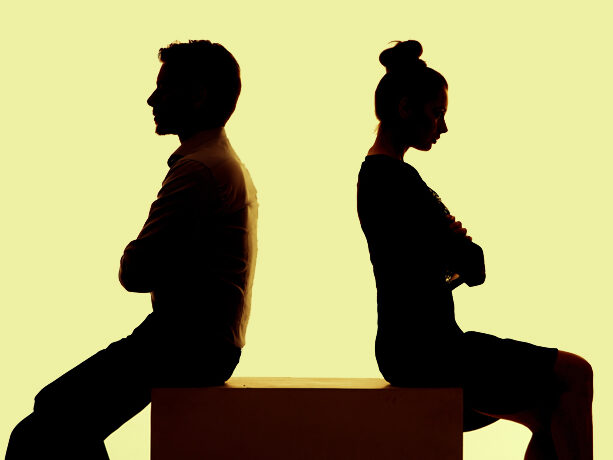 “If love is right, it is the most precious gift in the world. But you must be sure, very sure, that it is right, for if it isn’t, there is no worse agony, nothing more bitter, nothing more lonely to be imagined.”

“Affections cannot be stolen… They are given freely or not at all.”

All This and Heaven Too – novel by Rachel Field, 1940 movie starring Bette Davis and Charles Boyer

Mars grabs the headlines as the week gets underway, and whatever Mars is up to at the moment takes on extra importance. This is because he’s been marching through his own sign of fiery Aries since the end of June and would normally now be getting ready to change sign (once every 2 months) but, instead, he’s slowing down in readiness for turning retrograde in a couple of weeks time. This means that Mars will end up being in Aries for 6 months instead of 2 months, which in turn means that the aspects he’s making with the major slower moving planets in Capricorn are not “one offs” but the first of a series of three. It’s a bit like starting off on a brisk walk and then finding yourself in boot camp.

Mars the god of war rules our drive, purpose, how we go into battle, how we fight for what we want, how we hunt and pursue, our energy – or lack of it. Saturn involved in difficult aspects rules endings, hard to bear responsibility, endurance, frustration, the waiting game – and so on. The picture at the moment then is not one of immediate results but spells out the need for patience, strategy and longer term planning. Psychologically he rules passion but also our more difficult emotional issues, such as anger or pain. The things that hurt us at this time are likely to take a long time to resolve or accept. This evening, as this first square becomes exact, I will be at a funeral for a friend and loved member of our community who has just passed away at the age of 52, leaving a 19 year old son. It doesn’t get much more painful than that.

On the subject of rage though we may have more chance of control or choices. Look out for anger (Mars) as a first (Aries) response, in yourself or in others. I’ve just heard a story that captures this theme. A friend of one of my students, so someone who knows nothing whatsoever about astrology, had an argument with the refuse collection service in London. One of the bin men refused to take a bag of rubbish and she was so incensed that she grabbed the bag and ran after him. She tripped, and broke her arm. Mars rules speed, Saturn rules bones! If she’d been aware of the astrological picture, had the words anger management been ringing in her ears, would she have thought twice? Possibly. So think first, slow down and make your reality check questions – does it really matter, is it worth it?

At a universal level these aspects are clearly showing. The devastating explosion in Beirut happened within two hours of the Mars – Jupiter square being exact. The first Mars – Pluto (wipeout stuff) showed in a surge of new lockdown measures, including Auckland, announced by Jacinda Ardern on the news on 13 August, after New Zealand had gone months without any locally transmitted cases. Now this Mars – Saturn aspect is coinciding with a state of emergency in California as thousands of fire (Aries) fighters (Mars) battle to contain (Saturn) innumerable out of control fires that have forced the evacuation of thousands of people and are still destroying homes, nature and vineyards.

There is no question that Mars symbolism ignites things, literally or metaphorically. With his links to desire, lust and libido this includes Mars’ role in sexual attractions and the sparks that fly when you meet someone new or when you’re experiencing the dynamics of your relationship, the good and the bad. Traditionally he rules men, just as Venus rules women, but the two planets together can symbolize same sex relationships too. It’s the connection, not the gender, that matters. With Venus also back in action it’s a big week for love stuff.

Venus will play into the Mars – Saturn square next week, which will also coincide with the super sensitive Full Moon in Pisces, but before that grand finale she has three other major aspects to make along the way. The middle one of these is the link to Neptune but, like Mars, Venus will also aspect all the planets in Capricorn. Unlike Mars these are “one offs” as Venus has finished her retrograde cycle and is now moving at full speed. As above, so below, some matters will therefore unfold rapidly –

This is an extremely mixed bag, to put it mildly. But let’s start by remembering that there’s really nothing new under the sun when it comes to love and sex. It was Lysander in Shakespeare’s A Midsummer Night’s Dream, first performed more than 400 years ago in 1605, who delivered the line, “the course of true love never did run smooth.” If ever there was a week when this is likely to be illustrated in countless ways, this one is it.

In a nutshell Jupiter is fortunate, but by opposition can escalate whatever is already brewing and is not great on self control, Neptune runs the whole gamut from sadness to starry eyes and back again, and Pluto does absolutely nothing by halves, whether it’s intense and powerful attractions or endings. Plutonic symbolism mostly reflects events of the “no going back” kind. One of these aspects would be quite a lot to deal with, but all three in a row is, um … overwhelming, exciting, exhausting? Depending on your relationship status these are some of the themes to watch out for –

Some special moments, being aware of the things you agree on but then also the things you don’t, issues with each other’s families, house rules, home and property matters to share and reach agreements on, different sexual needs, the need for effort and compromise around sex, children, money.

Blatant abuse is obviously top of the toxicity list but there are many more subtle and confusing versions of unhealthy love, these days often referred to as “gaslighting”. Hallmarks are feeling unhappy or anxious most of the time, feeling guilty about expressing any personal needs or wishes, coping with manipulative behavior, incompatibility, dependency, jealousy and control issues dressed up as “love”, suspicions, silences, absence, unrealistic demands, secrets, no sex life, no trust. Thinking you should stay because you’ve been together a long time.

Venus in the sign of the Crab can stay in a relationship “because of the family”, even when the relationship brings no joy, or can be needy and clingy when threatened. If you recognize any of this stuff in yourself, to a lesser or greater extent, then work on unhooking those claws. Try not to define yourself simply as an extension of your partner but as your own person. Identify what frightens you. For example, scared of being single? Why?

Very strong feelings from joy to desperation, expecting too much too soon in new romance, handling feelings of guilt on either side, tipping points in any long running triangular scenarios, facing fears including logistical and practical implications.

Identifying what you’re really looking for, unhooking from the past, forgiving yourself or an ex for mistakes or wasted time, meeting someone who ticks a lot of your boxes but not allowing yourself to be pressured or rushed, putting yourself back in circulation if you’re ready, enjoying “me time” if you’re not.

Note that Venus also rules money, pleasures and comforts. Financial issues are notorious for creating friction in even the most stable of relationships so put these high up on your agenda, such as who pays for what, or checking that the one who earns more isn’t calling all the shots in other ways. Disempowerment starts with inequality.

You may remember that the communication planet has just started a new cycle (last Thursday 20 August) and is now on a full speed journey through his own sign of Virgo. These are Mercury’s first aspects since changing sign and there will be two more aspects next week before he changes sign again, moving into Libra 5 September –

In sharp contrast to Mars’ stops and starts, both Mercury and Venus are at full speed and there’s definitely some teamwork going on as they’ll align by positive aspect at the end of next week before both changing sign within 12 hours of each other. Whatever else may be slowing you down in terms of the how, when, if questions – an ongoing theme in a world being controlled by a pandemic – these Mercury aspects are promising for meaningful and helpful connections, possibly starting with surprising or rapid developments as Mercury’s first link is to Uranus, who just loves to play the “ha, think again” card.

Jupiter is very much in evidence too though, with the monthly Moon – Jupiter conjunction falling on the same day as the Mercury – Jupiter positive alignment. Look out for a lucky break or generosity coming your way, especially if you have planets or Angles at or close to 17 Capricorn or the other earth signs of Virgo or Taurus. This is the last Moon – Jupiter conjunction involving a retrograde Jupiter – he’s going to turn direct 14 September, a huge turning point for the better for all of us.

Otherwise note that this is a detail loving Mercury so don’t try to skim through the small print in any way. Anything under the Mercury “planet of communication and transport” umbrella could spring to life and be up for review, but look out mostly for heart to hearts, conversations or information that will give you a fresh understanding and enable you to make moves or decisions.

Whatever are your priorities at the moment there may still be some matters that will need more thought, especially from the fact versus fiction point of view. But whether it’s feelings or feasibility things are changing, and next week’s picture is designed to bring many matters to a conclusion. You may feel that there are more questions than answers but this isn’t entirely true if you’re willing to be bravely honest with yourself. Keep an open mind, but do things at your own pace as much as possible and arrive at your own convictions through consideration and analysis. Effort is another key theme this week, including having less time for those who don’t make any!