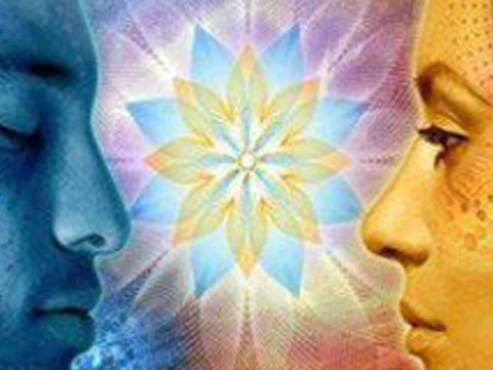 “Love recognizes no barriers. It jumps hurdles, leaps fences, penetrates walls to arrive at its destination full of hope.”

“If I am not good to myself, how can I expect anyone else to be good to me?”

Well nothing has changed much here since last week. Lefkada is still in red zone lockdown but we’re inching forwards. Our evening curfew has been extended from 7pm to 9pm, and the hairdressers are allowed to reopen as from today. My Leo (the mane) Moon is extremely happy about that! Also Greece still plans to open to tourists from May 14, providing they have received a Covid-19 vaccine, have antibodies or supply a negative test result. But you don’t need me to tell you that the news from the UK end is not very encouraging re travelling abroad. So we’re still on a wait and see for Summer School plans for May/June.

This is a week that falls into two distinct halves. I like the second half a lot better than the first! We start with a tricky alignment of Mercury, Mars and Saturn as all three arrive at 10 – 11 degrees of their respective signs within a period of 48 hours that started in the early hours of this morning –

Mercury is now at full speed which is a definite plus point but is said to be in “detriment” in the water sign of Pisces. This makes sense when you consider that Mercury is all about communication whereas Pisces, like the other two water signs of Cancer the Crab and Scorpio the Scorpion, are said to be “mute” – ie they are symbolized by creatures with whom we share no language.

Note that everything on the scale from imagination to paranoia can escalate all too easily when this Mercury is in trouble. It can be hard to understand other people’s feelings or even our own, or you may experience a situation in which you feel out of your depth, sad, disappointed or at the mercy of life’s tides. Certainly a familiar feeling for all of us in these pandemic days.

Mercury is also in trouble in this obstacle course combination because in traditional astrology both Mars and Saturn are known as the “malefics”, Mars being the Lesser Malefic and Saturn being the Greater Malefic. This doesn’t necessarily mean the embodiment of someone like Maleficent Mistress of all Evil! But these are sensitive times and any touchy, difficult, painful or confusing situation or relationship is likely to take centre stage as the week kicks off. It might be difficult to think straight but try not to tie yourself in knots. Try putting pen to paper, everything from feelings to a practical to do list, and get plenty of sleep.

These mists will start to clear by the middle of the week so whatever or whoever you’re up against there’s no need to come out with all guns blazing. The Greeks have a saying “siga, siga” which literally means slowly, slowly, but at another deeper level is untranslatable. The saying reflects the culture, that laid back part of the Greek nature that often leaves things to the last minute but still manages to deliver. The saying carries the message that everything gets sorted in its own good time.

It’s a saying worth bearing in mind for the next couple of days. It never pays to try and rush things when Mars, who rules speediness, is up against Saturn, who rules delays, even when they come together by harmonious aspect as they do here. Think in terms of gentle jogging rather than a sprint finish and cut others some slack. The first thing I did when waking up to a low mood and dismal weather this morning was cancel an appointment that can easily wait so that I now don’t have to put myself under unnecessary pressure and then go out in the cold and the wet. Yes, sadly it’s a Greek myth that it’s good weather here all year around!

What else? Look out for themes of resolution, final decision making or realizations, including with someone or something that is never going to change, that is what it is. A moment of truth may even be a big game changer with a personal or work plan. This is because the Mercury – Mars – Saturn triple act is being underlined by the fact that the square between Mercury and Mars is actually a finale.

In other words, it’s the third and final square of a series of three, the other two forming when both planets were in their previous signs, Mercury in Aquarius and Mars in Taurus. Here’s the full sequence –

So some issues that are now coming to their closing stages may have roots as far back as the end of January, especially if you have planets or Angles at or close to 1 or 17 degrees of the Fixed signs – Taurus, Leo, Scorpio or Aquarius.

Mercury in conflict with Mars, who is now travelling through Mercury’s masculine sign of Gemini, is classic for kicking ideas around and doing a lot of talking and thinking, but not always great for getting things done, or at least not easily or in depth or without arguments. It’s also a classic aspect for bickering or nagging, or for conflict with those who twist your meaning for reasons of their own, the warlords of words and the masters of verbal volleyball. It can be quite painful, this Mars can be cutting and wounding, but if you need to clear the air then do it.

Or you may just see where your work is being cut out for you, where you simply have to play the cards that you’ve been dealt or where disagreements are best dropped. Pay close attention to paperwork and admin stuff too as the week gets underway and deal immediately with the things you’ve been putting off. You’ll feel so much better when you do!

Venus and Mars together are often referred to as the love planets and they’re both in the news this week, with Mars stirring things up as already noted and then the annual Sun – Venus conjunction at the end of the week, followed by the Full Moon at the weekend in Venus’ sign of Libra –

Back to Mars first, note that Gemini is the sign of the Twins. Action man Mars is the “doing” planet so this placing can symbolize duality or even multiplicity, such as doing two jobs or multitasking, but in affairs of the heart this Mars can often signify choices. It’s a classic for affairs. As Mars is men, women with this natal placing very often have two significant relationships or marriages, eg Camilla Parker Bowles, and this is often a hallmark of Sun in Gemini too.

If you’re single and searching note that Gemini is the sign of Mutable Air. This Mars suggests putting yourself back into circulation. The usual love hunting grounds of pubs, parties and gatherings are obviously not an option right now but online dating has never been so easily available or less disdained. I know several people in the UK who’ve met new partners in this way. More than anything Gemini needs a meeting of minds, someone to talk to, so at least you can get a head start in terms of zooming in on those who share your interests.

The Sun arrived in Aries on Saturday, followed by Venus yesterday, reintroducing fire into the picture, fabulous for reenergizing and igniting all things connected with life and heat, such as passion. Clock the moment when you think of someone, or vice versa, as “hot”! The two are currently close travelling companions. A conjunction is said to be “in orb” when two planets are no further than 8 degrees apart and these two have been in orb since 23 February and will stay in orb until 24 April. Putting that another way, any baby born between those two dates this year will have a Sun – Venus conjunction in their horoscope.

In the middle of this time period the Sun and Venus reach exactly the same position, and this is the moment of the conjunction. It’s a big deal because it happens only once a year, and not exactly 12 months apart either as Venus has times of moving more quickly than the Sun or of lagging behind. The last Sun – Venus conjunction was 3 June 2020 at 13 Gemini and the next one will be 9 January 2022 at 18 Capricorn.

New romance is therefore “well starred” and could even get off to a sizzling start but whatever your own relationship status or situation this weekend is one to watch, especially as Venus is also aligned with the Full Moon in Libra, sign of the Scales. This is so often described as the sign of indecision, constant weighing up or prevarication, but more importantly the Scales symbolize partnership. What one side does automatically affects the other.

From a craft point of view, the Sun is now symbolically powerful being in Aries as this is his sign of “exaltation” whereas Venus in “detriment” in this sign. This makes sense when you think about how Venus is “dignified” in Libra, sign of partnership, and is therefore a bit sad and lonely in the opposite Aries, sign of the individual and independence. So this coming Full Moon, falling opposite Venus, definitely carries extra weight around the importance of compromise and cooperation, not just in love but in all our close and important relationships.

Last but by no means least, with Aries ruling the ego and sense of self, don’t forget to throw self love into the mix, hence the choice of quotes this week from Maya Angelou. People speak their charts, and Maya was born on this same Full Moon, the Sun Aries opposite Moon Libra.

It’s also interesting to study the horoscopes of those who have other current configurations as part of their natal chart, this week notably Brigitte Macron who has a Sun – Venus conjunction in Aries less than half a degree apart.

It hasn’t done her any harm to fly in the face of convention and go for what she wanted, and the same applies to her husband as Emmanuel also has a Sun – Venus conjunction, in a fellow fire sign of Sagittarius. They’re an object lesson in how we can navigate all obstacles when love is right.